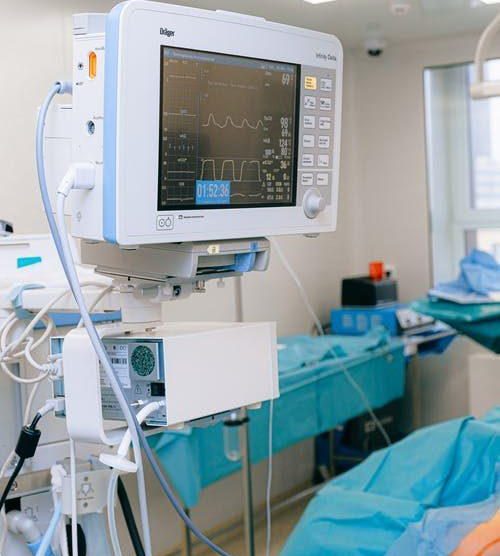 Epilepsy is typically only treated after a person is diagnosed with it or has had more than one seizure. Treatment for epilepsy can control seizures for the majority of people while in some cases people require lifelong treatment to control seizures.

What are the Risk Factors for Epilepsy?

Following are the risk factors for epilepsy:

How epilepsy can be treated?

Epilepsy can be managed with great care. The treatment plan of epilepsy is based on the severity of symptoms, overall health, and how well patients respond to therapy. Treatment will help most of them to have fewer seizures, or may be stop having seizures completely. Treatments can include:

Some people require treatment for life. But it should be stopped if seizures disappear over time. In fact, in a few cases, there is no need for any treatment when people know their seizure triggers and are able to avoid them. Talk to your doctor about these sorts of treatments available and which might be best for you.

Epilepsy can become seizure-free by taking anti-seizure medication, which is also known as anti-epileptic medication (AEDs). In other cases, patients may be able to improve the frequency and severity of their seizures by with the help of a combination of medications. Common types of AEDs include:

The best type mainly depends on the factors like the type of seizures, age and conceiving pregnancy. These medicines are preventative can be taken every day to stop seizures from happening by reducing the excessive electrical discharge in the brain that causes seizures. The thorough functioning of AEDs is not completely understood, and it is likely that different AEDs function in slightly different ways.

More than 20 different types of anti-seizure medicines are available worldwide. The medicine that your doctor opts to treat the epilepsy usually base on the type of seizures, as well as the other factors like age and other health conditions. There are a few mild side effects of AEDs which have been seen in patients, include:

In rare cases, side effects may include:

Follow these steps to achieve the best benefits of AEDs medication:

The aim of AEDs treatment is ‘optimal therapy’ which means taking the fewest kinds of AEDs, at the lowest amount to get the best seizure control possible with a few side effects. If one certain AED optimal therapy cannot found, there are typically several others that can be tried, alone or in combination.

According to researches, at least half the people with epilepsy become seizure-free with their first medication. In case, these medications don’t provide good results, doctor may suggest surgery or other therapies.

Epilepsy surgery includes different types of brain surgery to remove part of brain when AEDs could not control seizures and tests result that seizures are caused by a complication in a small part of your brain that can be removed without putting some serious effects. Another kind includes separating the affected part of the brain that is resulting in seizures from the rest of the brain. In such cases, there are good chances that seizures will stop completely after surgery.

Surgery can be performed for both adults and children, and might be possible if the patient has tried several medications and none of them significantly reduced the seizures. A person is certainly suitable for surgery when doctor confirms that patient can’t meet this criterion by performing a few tests before surgery. These tests include, brain scans, an electroencephalogram (EEG) – a test of brain’s electrical activity, and tests of memory, learning abilities and mental health. The results of these tests help patient and doctor to decide if surgery is an option, and what the result of surgery might be.

Surgery is usually carried out under general anaesthetic, where patient is asleep. The surgeon creates a small cut in the scalp and makes an opening in skull so the affected part of the brain can be removed. The openings in the skull and scalp are efficiently closed at the end of the surgery.

Most probably, it takes a few weeks or months to feel back to normal after surgery. The seizures may not stop immediately, so AEDs might be taken for 1 to 2 years. There are possible risks of complications from surgery, such as:

These problems vary from person to person, may get better over time, or may become permanent. Before having surgery, it is better talking to doctor about the possible risks.

Immediately after the surgery, doctors will monitor recovery. Some people will have seizures within the first week of surgery but that doesn’t mean the surgery has not operated successfully. Seizures after operation can occur due to the direct stress the brain experiences in surgery.

How long it needs to stay in hospital will based on the type of surgery you have had and how the doctors feel the progress in recovery. Generally doctors might expect to be back to the normal life about six weeks after surgery, but this is very individual.

The ketogenic diet (KD) is high in fats, low in carbohydrates and controlled proteins. This is a medical treatment and is typically only considered when at least one of the main suitable medications have been tried or not worked.

The ketogenic diet is a successful treatment for children to control epilepsy but adults can also benefit from these dietary treatments. Now, it is not widely used in adults because it’s is high-fat diet, may lead to serious health conditions like diabetes and cardiovascular disease.

There are different sorts of food eaten on the ketogenic diet. The foods eaten and the way each diet is estimated may not be same, but each diet shows effectiveness in reducing seizures for some people with epilepsy. Any age of children and adults can use this diet, although detailed monitoring is needed in infants. Following types of ketogenic diet are available:

Dietary treatments for epilepsy should only be followed under the supervision of an experienced epilepsy specialist and dietitian (food specialist).

Epilepsy- Types Of Seizures, Symptoms, And Causes
A Guide To Healthy Diet
To Top