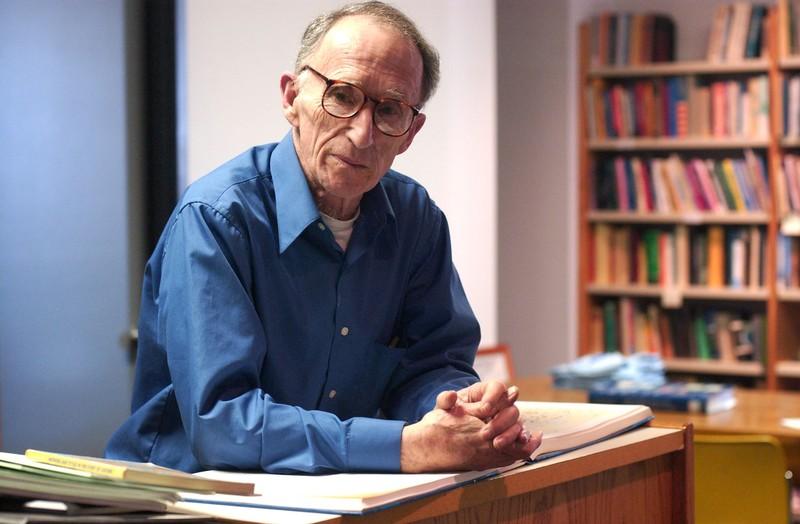 William Labov is an American linguist. He is the founder of the discipline of variationist sociolinguistics. William Labov is famous for the study of language variation and change. He is the leading scholar in the field of sociolinguistics. Labov (1972) presented a six-schema model of narrative analysis. He explained how each part could be used to analyze narrative patterns and recognize recurring themes and ideas. Labov’s Model is a sequence of questions that may alternatively represent this narrative structure:

Labov explicitly says that it is not mandatory that all six elements should be present in every story. For example, some stories may not contain an abstract or a coda. Furthermore, these elements do not have to be in any sequence, and each might occur in several forms. It is good if you find these elements in a sequence. These considerations are there in the final analysis.

Writers and Researchers who used Labov’s Model in their works

While applying the Labov model you should follow the following steps in a given sequence:

An abstract is the first component of Labov’s narrative model. It is the introductory part of the narrative which summarizes the whole story. Abstract gives an idea about the nature and happenings of the story. Labov defines an abstract as “an initial clause in a narrative that reports the entire sequence of events of the narrative” (Labov 1997:402). According to some linguists abstract is present in the title of the story. We can also represent the abstract of the story with one or two clauses. It will be the introductory clause that summarizes the story.

An orientation clause provides information about the time, place, and names of the characters in a story, as well as their initial behavior (Labov, 1997 p. 5). The orientation typically gives details of time, story participants, activity setting, or context in which the narrative unfolds. The orientation is generally stated in the past progressive. It indicates what happened before the event described (Afsar, 2006, p, 504). According to Labov (1972), the orientation section consists of free clauses generally at the beginning of the complexity (p. 364). In Orientation When and Where covers the setting of the story. In Orientation Who means characters of the story.

The complicated action refers to the story’s real happenings, which propel the plot and keep the audience engaged. The backbone of the tale is made up of a series of narrative phrases that describe the following occurrences in response to the inquiry, “And then what happened?” (Labov, 1997). This is usually the longest part of a story. It contains both orientation and assessment (Afsar, 2006, p. 498). The audience is kept interested in the plot by the tension caused by the complex action (Johnston, 2001, p 639).

Resolution is one of the components of the Labov narrative model. Labov defines resolution as: “The resolution of a personal narrative is the collection of complicating actions that follow the most reportable incident,” (1997: 12). The conclusion or outcome relieves stress. It provides an answer to the inquiry, “What finally happened?” (Johnston, 2001, p. 640).  Resolution usually begins with the last sentence complicating the action of the narrative. It depicts how the complication resolves with time in the end.

Evaluation refers to the point or reason of the narrative that is being told. The main task of evaluation is to make the point of the story clear. It is also an addition to the basic story to highlight attitudes or to command the listener’s attention at important points. Labov (1972) defines evaluation as “that part of the narrative which reveals the narrator’s attitude towards the narrative by emphasizing the relative importance of some narrative units compared to others.”

Another evaluation technique is embedded evaluation. This evaluation can give explanations to one of the people in the story. Or the storyteller can directly explain it. In addition, it may also be an event in the story.

Without evaluation, a story is just like a sequence of events with no point. According to Labov, evaluation happens before the resolution. It functions to make the point of the story clear. It includes intensifiers, modal verbs, negatives, repetition, evaluative commentary, embedded speech, and comparisons with unrealized events.

The following figure illustrates how evaluation spreads to all other parts of the narrative.

A coda is a sign that the narrative is complete. It can also have a return to the initial time frame before the narrative but not necessarily. If we see it in the spoken narratives it could be something like “So that is the reason I don’t touch animals anymore!”

It is a kind of a bridge between the story world and the present. Labov explains that the coda is something that the narrator points out the relevance of the story by connecting it with everyday life. Or it also can relate to other events or actions that fall outside the story frame. For example in the story, “A Foolish Stag”, a coda is the moral lesson of the story, which we can relate to the present time. The coda in that story is All the Glitters are not gold. Do not find fault in the ways of God and appearances are deceptive. It is not mandatory that the coda always have to be present. It can be present without being explicitly stated.

Codas are free clauses that appear at the end of stories to indicate the story’s conclusion. The coda is also a mechanism for bringing the vocal perspective back to the tale’s timeline (Afsar, 2006, p.497). A coda allows the storyteller to connect the story’s ending to the present. According to Toolan (2001), a coda marks the end of the story and renders the question, “And then what happened?” impossible and nonsensical. According to Toprak (1997), the narrator transitions from the past to the present.