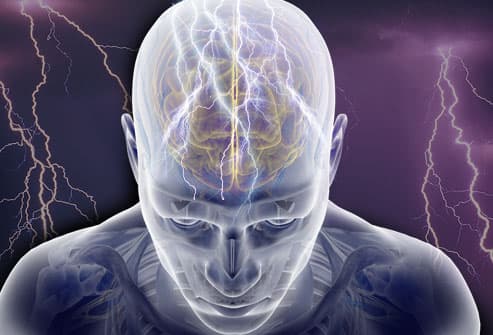 Epilepsy is a mental disorder that mainly affects the brain and causes unprovoked and recurrent seizures. The brain activities become abnormal, causing periods of unusual behavior, sensations and sometimes loss of consciousness. The seizures are caused due to a disruption of electrical activity in the brain, which temporarily affects the messaging systems between neurons.

There are several reasons that might contribute to seizures such as high fever, head trauma, very low blood sugar, and alcohol withdrawal. It is considered as one of the most common neurological disorders that affects approximately 65 million people around the world. While it affects about 3 million people in the United States.

Epilepsy can occur at any age, but most frequently occurs either in childhood or in people over 60 and can affect both males and females of all races and ethnic backgrounds. There’s no exact treatment for epilepsy, but it can be managed with medications and other strategies. It’s often lasts for long, but, sometimes, can get slowly better over time.

This article explains the types of epilepsy, including their symptoms, and causes.

There are three seizure descriptors that include partial, generalized, and secondary generalized seizures. Typically it depends on which part of the brain the seizure originates in.

It begins when the epileptic activity takes place in one limited area of the brain. In simple partial seizure, the person is conscious and is aware of his surroundings, even when the seizure occurs. Complex partial seizure includes the seizure that can impair a person’s consciousness and are unable to remember the seizure. If it remembers, memory of it will be vague.

It begins when the epileptic activity occurs as a partial seizure but moves to both halves of the brain. As this type of seizure progresses, the person may lose consciousness. It can cause spasms or uncontrollable muscle twitches that can last a few minutes to long time. A person may become confused or lose consciousness. Afterward, he loses his memory even if it’s happened or not.

Sometimes, doctors identify the main cause of a person’s seizures such as seizure has two main types depending on whether or not they cause is determined:

Severity of a seizure depends on how widely and rapidly the electrical activity in the brain moves from that initial area.

Who is at more risk to get epilepsy?

The following factors can put people at more risk for seizures:

Most of the people who get one seizure without any clear cause will have second one, usually within six months. A person is at more risk to have another seizure when there is a brain injury or other type of brain abnormality. In case of two seizures, there is about an 80 percent chance of getting it more. When the first seizure occurs because of injury or infection in the brain, the chances to develop epilepsy may increase than if the seizure did not happen at the time of injury or infection.

What are the symptoms of epilepsy?

Repeated seizures are the main symptoms of epilepsy. Some seizures may affect the body to jerk and may cause fits, while others cause loss of awareness or unusual sensations which may typically pass out in a few seconds or minutes. They can affect people in several different ways based on which part of the brain is involved and can be triggered by something, such as feeling very tired. Overall symptoms of epilepsy vary from person to person and according to the type of seizure.

There is no loss of consciousness in a simple partial seizure doesn’t involve. Major symptoms are:

In complex partial seizures loss of awareness or consciousness are seen. Other symptoms include:

Generalized seizures include the whole brain. The six types include:

Clonic seizures are associated with:

Myoclonic seizures usually occur as a sudden brief jerk or twitch an affect the upper body, arms and legs.

Following a seizure, a person may not remember having it, or might feel slightly ill for a few hours.

When to see a doctor

It is important to consult a doctor when any of the following occurs:

What are the causes of epilepsy?

For 6 out of 10 patients with epilepsy, the exact cause can’t be determined. A variety of factors can lead to seizures, such as:

A few types of epilepsy, which are identified by the type of seizure one can experience, run in families. In such cases, it’s likely that a genetic influence is involved. Scientists have linked epilepsy (a few types) to specific genes, but in most cases, genes can only be a part of the cause of epilepsy.

Babies are highly sensitive to brain damage before birth. It could be caused by various factors including an infection in the mother, poor nutrition or oxygen deficiencies. Any kind of brain damage can result in epilepsy.

Meningitis, HIV, viral encephalitis and other parasitic infections can cause epilepsy.

Developmental disorders such as autism can also cause epilepsy can sometimes.

A car accident or other traumatic injury resulting in a head trauma can cause epilepsy.

Memory: Its Stages And Types
Treatments For Epilepsy
To Top