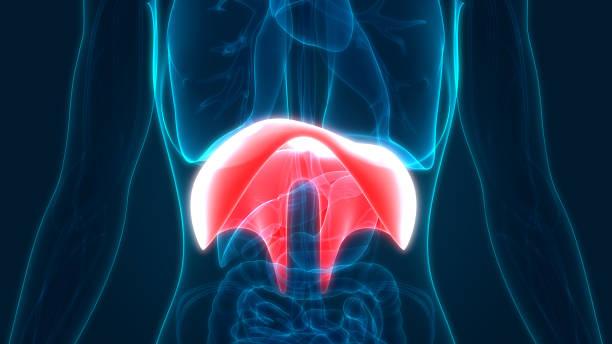 Diaphragm is a thin muscular and tendinous septum that separates the chest cavity above from abdominal cavity below. It is pierced by the structure that passes between chest and abdomen. The shape and functions of diaphragm makes it the most important muscle of respiratory system.

Diaphragm has dome shape consisting of peripheral muscular part which arises from the margins of thoracic opening and centrally placed tendon.

Also read: Spinal health: The backbone is most valuable part of your body

The origin of diaphragm can be divided into three parts :

The level of diaphragm vary with phase of respiratory to the posture and the degree of distention of abdominal viscera.

The diaphragm has four main function :

The diaphragm has three main opening :

Sensory nerve supply: the parietal pleura and peritoneum covering the central surfaces of diaphragm are form phrenic nerve and the periphery of diaphragm is from lower six intercostal nerves