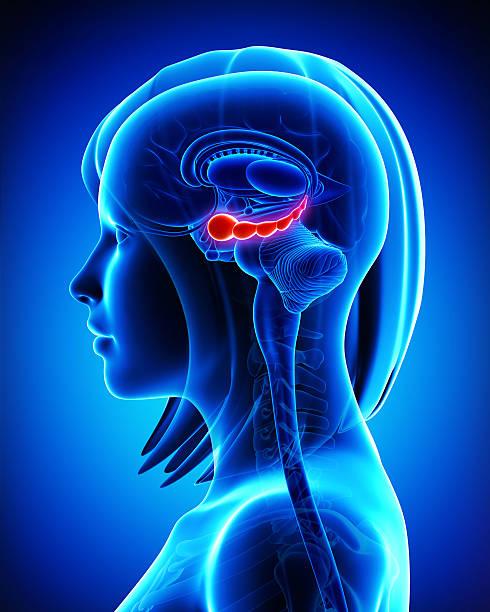 The hippocampus is vital to the development, organization, and storage of new memories, as well as in the association of certain sensations and emotions with these memories. Have you ever observed how a certain scent can elicit a strong memory? In this connection, the hippocampus plays a role.

It is an advanced brain structure located deep within the temporal lobe. It plays an important role in learning and memory. However it is a malleable and sensitive structure that can be harm by a variety of stimuli. According to research, it is also affect by a variety of neurological and psychiatric disorders. A lot has been learn in the last decade or so about conditions that affect the hippocampus and induce alterations ranging from molecules to morphological features.

What Exactly Is the Hippocampus?

It is a comparatively tiny, curved structure in the brain that is important in the limbic system. The hippocampus is associate with the formation of new memories, as well as learning and emotion.

Different subregions of the hippocampus also to play important roles in types of memory, according to research.

It back part produce spatial memories. The ability to navigate the complex mazes of big city streets has been link to the development of the hippocampus’s rear region, according to studies of London cab drivers.

It also plays role in in memory consolidation while sleeping. According to studies published in 2004, increased hippocampal activity during sleep after some type of training or learning experience leads to better memory of the material the following day

Memories are not long-term preserve in the hippocampus. Instead, it is thought that the hippocampus functions as a sort of shipping center, receiving information, enrolling it, and temporarily storing it before sending it off to be filed and stored in long-term memory. Sleep play an important role in this regard.

You have two hippocampi because the brain is lateralize and symmetrical. They seem to be about an inch and a half inside your head, just above each ear.

What if the hippocampus is too small?

The Effects of Hippocampus Damage

When the it is damaged as a result of disease or injury, it can affect a person’s experiences as well as their ability to form precious connections. Damage to the hippocampus can have a particularly negative impact on memory recall, or the ability to remember instructions, locations, and orientations.

So, how can you safeguard your hippocampus? According to research, regular exercise can help safeguard it from the negative effects of aging. Long-term stress can also hurt the it so learning stress management techniques may help protect this part of your brain.

According to some research, it is damage as a result of the stress associated with PTSD. People with This disorder have smaller hippocampi than those who do not have PTSD.

The hippocampus’s role can be affected by several factors, including:

Age can also have a significant impact on how well it functions. According to MRI scans of human brains, the human hippocampus gets smaller by around 13% between the ages of 30 and 80. Those who suffer from such a loss may experience significant declines in cognitive performance. The onset of Alzheimer’s disease is link to cell degeneration in the hippocampus.

It could also play a part in the development of addictions. Because drugs and alcohol interfere with the central nervous system, it stores memories of pleasurable experiences. It may also aid in the formation of memories of environmental cues associate with drug use, which can lead to intense cravings when these cues are experience again.

The hippocampus is an advanced brain structure located deep within the temporal lobe. Hippocampus plays an important function in the brain. So, it is a malleable and sensitive structure that can be harm by a variety of stimuli. According to research, it is also affect by a variety of neuropsychiatric disorders. A lot has been learn in the last decade or so about conditions that affect it and induce alterations ranging from particles to morphological features.

Since the biological basis of depression has been discovere, evidence has accumulate that long-term depression can cause hippocampus volume loss. Furthermore, the duration of depression has been link to the severity of hippocampal atrophy. Evidence suggests that the atrophy caused by this process may be permanent and last a long time even after the depression has subsided. It is propose that the effective disruption seen in depression. It is the result of prolonged stress caused by depression. In this case, cell volume contraction and/or suppression of neuronal development could be to blame.

“There is reason to believe that hippocampus disruption is responsible for producing psychotic symptoms in schizophrenia.”

Because the structure resembles the shape of a sea horse, the term hippocampus is derived from the Greek word hippokampus (hippo meaning “horse” and kampos meaning “sea monster”). Julius Caesar Aranzi, an anatomist, is the first one to describe the structure. The hippocampus is among the most studied areas of the brain because it has been known and observed for centuries.