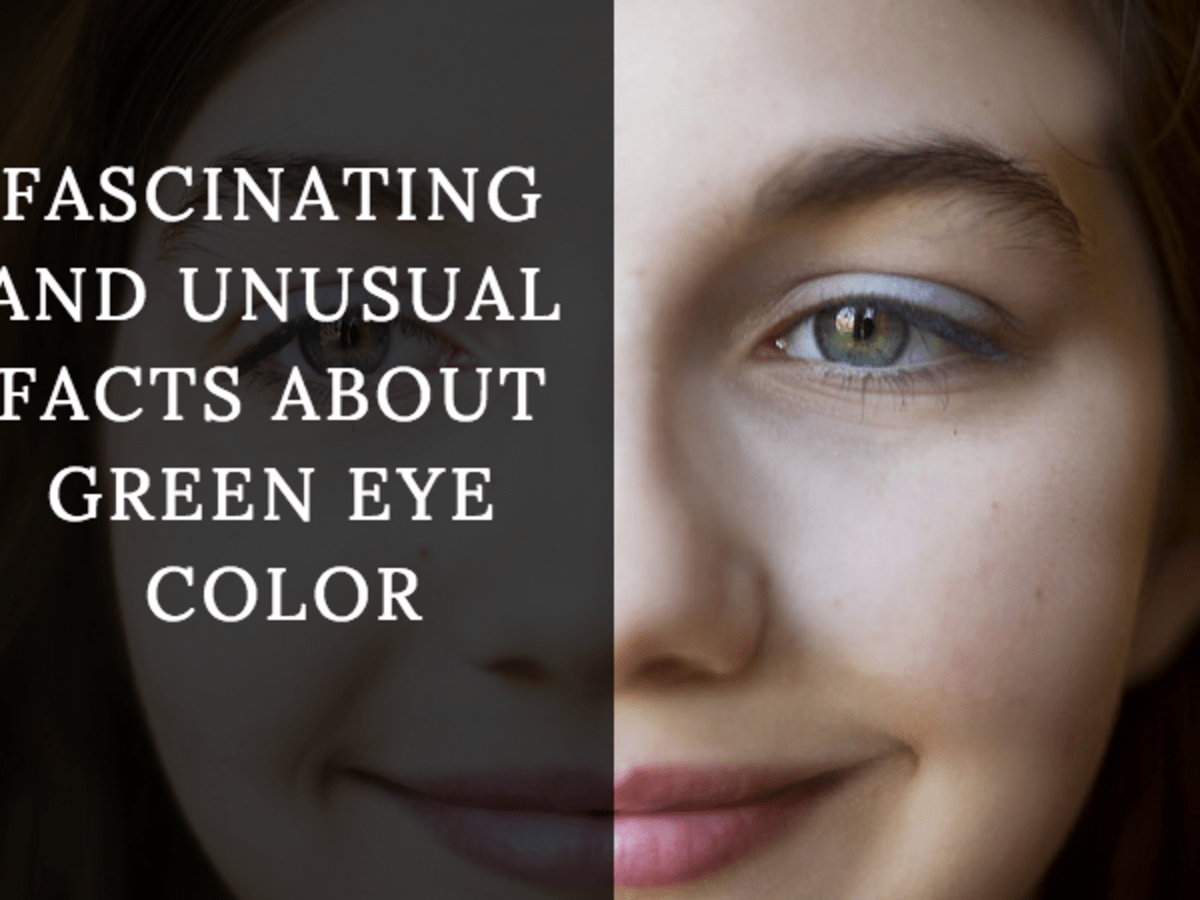 Only 2% of all humans estimated have green eyes, making it the rarest eye color in the world. If you have green eyes, you are lucky. Many say green is the most exotic and seductive eye color, and apparently, science agrees.

Green eyes has the most interesting thing is that, they are not naturally shown until a baby is at least 6 months old. Babies who eventually have green eyes are typically born with lighter eye colors, like gray or blue.

Green eyes are most common in  northern, central and western Europe. Globally, however, green is considered the rarest natural eye color.

If you noticed that the list and the charts do not agree, welcome to the issue of insufficient sample size. It depends on what part of the world you look in. It probably also depends on how you define “green” eyes or some of the other colors.

Here is a list of eye colors from rarest to most common:

Causes of a certain color:

Here is a bit of information on what causes the iris to appear a certain color. The iris involved three parts. The top layer is the frontal iris epithelia. It can be clear, green, or brown. The middle layer of the iris is the stroma. It can be bluish or gray. Back iris epethelia is the lower layer of iris. It can be dark or clear. If it is clear, then you can see red from the retina blood vessels. This can give rise to red or violet eyes.

The experts confirm that there is no green in any of them. They have only found melanin in the epithelia that creates the illusion of green from a distance of ~2m, but in actual fact, there is no green present. So, only shades of blue or gray mixed with small amounts of yellow and brown making us think we’re seeing green.

An accredited International Iridologist take photos of irises in extreme magnification. There are brown eyes, blue eyes, and mixed color eyes. Irises only ‘appear’ green, when in actuality there is a mix of blue and yellow or blue and orange that cause the iris to seem green. It is like mixing paint on a palette. From a distance these colors in the eye simply cause an illusion. Yellow pigment in the eye denotes a genetic tendency toward poor kidney function. Orange in the eye is an inherited marker for poor pancreas function, often resulting in blood sugar fluctuations and/or poor digestion.

In some cases, the basic eye color is blue but it has a band of yellow around the iris. So eyes appear to be green. However, based on what you are wearing, they can look more green, more blue or even grey.

There are only two primary eye colors in human beings and that’s blue and brown. From those two colors, you have countless different greens, hazel, and many other colors. Blue eyes are of Northern European genes. You may have the third or fourth generation of brown eye families members and one family member has blue or green eyes which means, that family had someone that was of Northern European descent with blue eyes.

In the color wheel, if you mix blue and yellow, you get green. If the eyes are brownish-yellow and your partner has blue eyes, you have a possibility to have green eyes or even blue eyes child.

What about eyes that shift color?

Some eyes are hard to discern; they are greenish, bluish, with a hint of silvery grey and seem to shift with the light and environment. They change color depending on the light and colors around them; the ocean, sky, clothing, etc. Sometimes in photos they appear black. These people may have a genetic connective tissue disorder which effects the structure of eyes and many others with the same disorder. You may have Ehlers-Danlos Syndrome too. EDS (Ehlers-Danlos Syndrome) presents on a spectrum and so people can have manifestations more severely (EDS) or a little (known as hypermobility syndrome) that often barely affects them. Of course there are plenty of people with EDS with other eye colors as well!

Green eyes are often considered mysterious, because they are the rarer one. Green-eyed people are mostly associated with sexiness. Trickiness and creativeness are mostly thought to be linked with green-eyed people. Being trustworthy and shyness also linked with the green-eyed people. In their relationships they are said to be very passionate, very curious about nature and world and have a positive mind set. They also tend to get jealous easily but also possess large amount of love.

Green-eyed people tend to be rather unpredictable, creative and capable of taking care of business even when things get stressful. These people are rejoice and considered to be lucky. Green eyes have a balance of melanin that keeps them agreeable and dominant like those with brown eyes, yet strong and cautious like those with blue eyes. They have an air of mystery and a quiet self-sufficiency. Green-eyed people tend to be unpredictable, slow to anger, original, creative and able to keep cool under stress. They are bit more melanin than other people.

Green color symbolizes the nature and natural world. It is often thought to be represent good luck, health and jealousy, because of its strong association with nature. Green is calming, exciting, evokes compassion and optimism.

Why green eyes are so attractive?

In my point of view, because of it’s rare color, green eyes are considered attractive. Brown, blue, even black, are common eye colors and typically seen all around because of its pigmentation. Green eyes are rare yes, but they could be present in anyone and be many different shades of green. How attractive someone with green eyes is depends on so many outside variables and opinions. I’m thinking that maybe this is too affected by chance and possibilities to be tackled logically. However, green eyes are rarely seen and that’s what makes them appealing.

Were these results correct for your eye color? Share your thoughts in the comments section below.