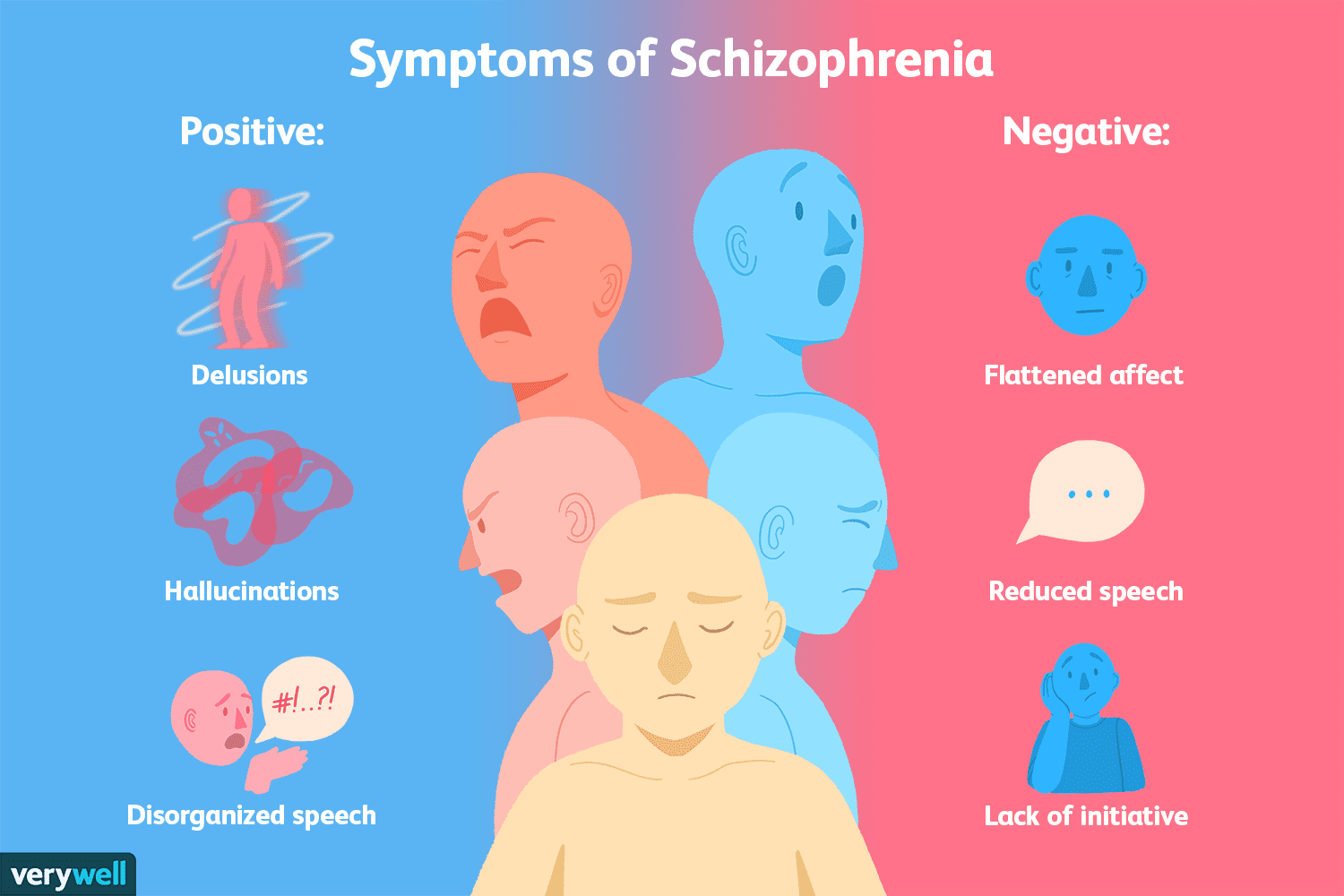 Have you ever seen a person who sees giants/ghosts believing that giants command him /her to do something weird? Or a person who shows no interest or flat affect even on a serious event?

One common man was saying that ‘I am the famous personality of the world, I can end the wars, I can make everything right because I am immortal.

The woman has not eaten food for weeks because she believes there is a snake inside her stomach and she would never feed him.

All these people are schizophrenic: being disconnected with reality. People diagnosed with schizophrenia can see, hear, smell and think is all real.

Approximately 1 of every 100 people in the world suffers from schizophrenia during his or her lifetime. People with schizophrenia also are much more likely to attempt suicide than the general population. Because of the high risk, now they receive suicide risk assessment during treatment and when they are discharged from treatment program.

Although schizophrenia appears in all socioeconomic groups, it is found more frequently in the lower levels. This has led some theorists to believe that the stress of poverty is itself a cause of the disorder.

Equal numbers of men and women are diagnosed with schizophrenia. The average age of onset for men is 23 years, compared with 28 years for women. Almost 3 percent of all those who are divorced suffer from schizophrenia sometime during their lives, compared with other people.

The exact prevalence of schizophrenia in Pakistan is not known.

Most of Pakistan’s population lives in rural areas, has low literacy rates, and no knowledge of the disorder, therefore people with schizophrenia are thought of as being possessed by a spirit. Instead of consulting a psychiatrist they seek treatment from faith-based healers. Sometimes patients are beaten by a so-called therapist with the notion that they are inflicting pain to an evil spirit and not to the patient.

There are 3 group of symptoms:

These are “extreme excesses” or unusual additions to behavior of a person. Hallucinations, Delusions, disorganized speech and inappropriate affect are the common positive symptoms found in schizophrenia.

Person with schizophrenia may feel that their senses are being engulfed or flooded by all the sounds and sights around them. This situation makes it nearly impossible to attend anything important for them. As one schizophrenic person described his situation: (I am speaking to you just now, but i am not able to pay attention to your words as everything seems to grip my attention. . . . Noises going on next door are griping my attention so i find it difficult to shut these out, that’s why it is making me more difficult to concentrate on what i am saying or you are saying to me).

People with schizophrenia faces another perceptual problem called hallucinations. These are the perceptions of something without external stimuli or in the absence of stimuli. Auditory hallucinations are the most common type in schizophrenia. In auditory hallucinations people hear voices and sounds that seem to them are coming from outside the head. These sounds or voices directly talk to them, sometimes giving commands or orders to do something, sometimes giving danger warnings.

Hallucinations and delusional ideas often occur together. A woman who hears voices issuing commands, for example, may have the delusion that the commands are being placed in her head by someone else.

Most of the people with schizophrenia may display emotions that are not appropriate or unsuited to the situation. These people may become upset when they should be happy and may smile when they hear terrible news.

These are the deficits of emotions and behaviors. Negative symptoms are the features that are lacking in a person. Here are some negative symptoms that schizophrenic may have; Flat affect, loss of volition, Poverty of speech and social withdrawal are frequently found in schizophrenia.

Poverty of speech also known as alogia, is decreases in speech content or speech. People with this negative symptom may think or speak very little.

People with schizophrenia may have flat or blunted affect. They show less sadness, joy or anger than other people. Some people may show almost no emotions at all, a situation known as flat affect. Some cases of people may have a problem of lack of enjoyment or pleasure, a condition known as anhedonia.

3. Apathy or loss of volition

Apathy is feelings of energy draining or loss of interest in normal activities and not able to start or follow normal course of life. Many schizophrenic people experiences avolition.

Schizophrenic people withdraw themselves from social interactions and only pay attention to their own fantasies and ideas. As they have confused and illogical ideas, their withdrawal has effect of distancing them further from the reality.

Phases or Courses of Schizophrenia:

This disorder usually first occurs in late teens and mid-thirties. its courses varies case to case but sufferers seem to go through 3 phases that are following:

Each phase has their own duration, it may vary case to case. Each phase may be last for days, months or years. People may have relapses whenever they encounter stress in life.

You may also see how people develop depression that may become the cause for depressive people to slip into schizophrenia.

Pakistani media industry has done their role for schizophrenia awareness and recently HUMTV has made drama serial ‘Saraab’, a worthwhile story to grace our screen. So, if you want to know how schizophrenia exist in our society. Go watch that drama.

Etiology and treatment will be discussed in the next article.

Why Green Eyes are Unique?
April Month
To Top