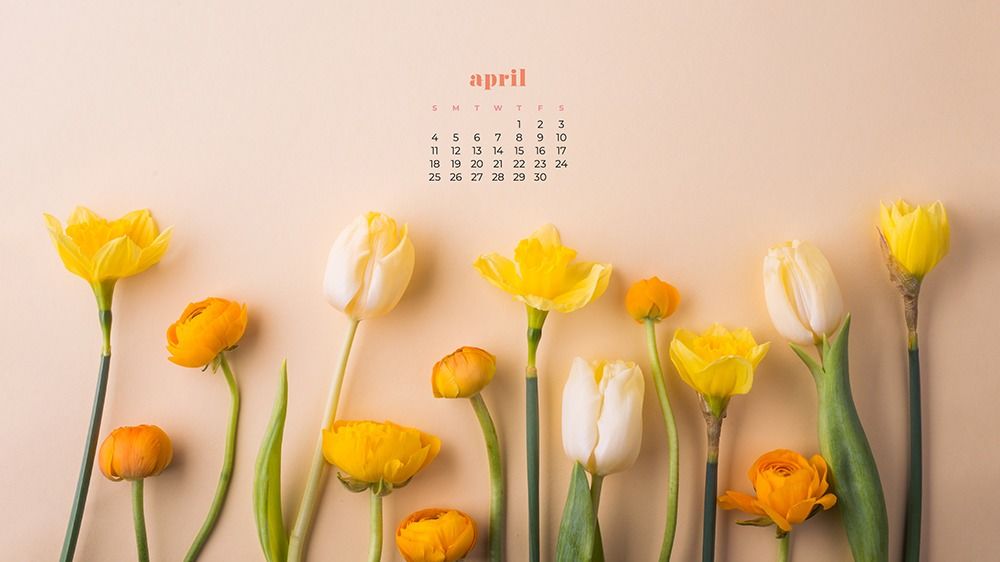 “April hath put a spirit of youth in everything.” –William Shakespeare. In a yearly calendar, April month comes in the fourth number. It has 30 days. It is the second month of the spring season. In this month spring season is at its peak. April comes from the Latin word “Aperio” which means “to open” (opening of bud). Plants flowers and trees carry a special freshness and reach their youth in this month. This is the month where Flora regains its lost life after winters.

April month is also thought of as the most confusing month and full of surprises. Sometimes it’s rainy and wet one day and the next day it has full of warm atmosphere.

In Southern Hemisphere, April month’s weather is the same as October has in Northern Hemisphere. This month has two zodiac signs: Aries and Taurus. Aries is the first or start of Zodiac Astrological signs. Those who born from the first of April to the 19 April, come under the Aries sign. And those people who born from 20th April to 30th April come under the Taurus sign. This month is also known as the month of love.

Earlier time April month had only 29 days. Then Julius Caeser when reformed the calendar, he added one day in this month. Now April has 30 days.

Before 700 BC, in ancient Roman times when January and February were added as months, April month was the second month of the yearly calendar. It is believed that April month is named after the Greek Goddess Aphrodite (Apros). Like all other Greek Goddesses, she was also immortal and very powerful. Aphrodite was the goddess of love and beauty. She was famous for her extraordinary beautiful looks. This goddess had special powers to reconcile fighting couples and help them to fall in again with each other. She had a belt that had the power of love and desire. Her Roman name was Venus. She also pictured as a mirror, dove, and shell. This Greek goddess of love and beauty also called as Lady of Cyprus.

Some minor believers also believed that April month was not named after and God or Goddess rather is attributed to an angel of Love.

Historical names of this month are:

Following are some names of April in other languages:

Here are some UN Days which come in month of April:

Some famous people who born in April are listed here:

Birth month determines the personality traits of a person. Here are some common traits that have in April born people personalities:

A traditional name for the full moon of April is known as Full Pink Moon. But the color of this moon is not pink. Full pink moon is the time when wild phlox or creeping phlox are also known as “moss pink” (little pink flowers) blooming or blossom everywhere. This name was used by colonial Americans and the Algonquin tribe. We can see this full moon on 26 April this year.

April full moon also has other names as well. Every tribe named and associated this full moon differently.

Historian of different cultures have different story for this day. Some of them are:

The evil eye shall have no power to harm him that shall wear diamond as a charm” –Anonymous poet.

Birthstones introduced by breastplate of Argon back then which had 12 gemstones which represented the 12 tribes of Israel. Romans believed that birth stones had some magical power and they used them for their protection. They also thought that Cupid’s arrows were made of diamonds. Some says that diamond was the tear of god or created by lightning bolts.

Diamond is the birthstone of April month. Diamond is the most popular stone around the world. All kind of jewelry but especially engagement and wedding rings are most commonly made. Diamond is known as king of all birthstones. Whether it is past, present or future, diamond has become a status symbol. This stones comes in various colors including white, pink, yellow and purple. Koh-e-noor was the most famous diamond which name means “mountain of light”.

Diamond firstly found in India and became famous among elite and royal families all over the world. Other than India, other countries: South Africa, Russia, Brazil, Australia, Venezuela and United States are major sources of diamond.

Diamond stone has magical healing power especially it cure brain and pituitary gland illness. This birthstone is used as protection from the evil eye. It was also thought at some point that diamond is the antidote to poison. In the past, it is also used as protection from the plague. The hardness of the diamond associates with strength, courage and power. Its beauty represents eternal love. Colorless diamonds referred to as symbols of purity, loyalty, innocence, honesty and faith. Diamonds always associated with love, commitment, happiness and longevity. Diamond engagement rings have become the universal symbol of love and marriage.

There are two birth flowers of April month have: Daisy and Sweet Pea.

Daisy’s flower represents love, innocence, fertility, motherhood and purity. From white to pink daisy flower has 5 types having a bright yellow center. This flower closed its petal around the yellow center at night and reopened during the day. Due to this reason in old English times, daisies were known as “day’s eye”. This flower also means “I’ll never tell!”

Some fun facts about April are following:

Here are some quotes about April:

So here is some interesting information about April month. Hope you like it!

Schizophrenia: Madness/Craziness
Which personality disorder is most difficult to cure?
To Top