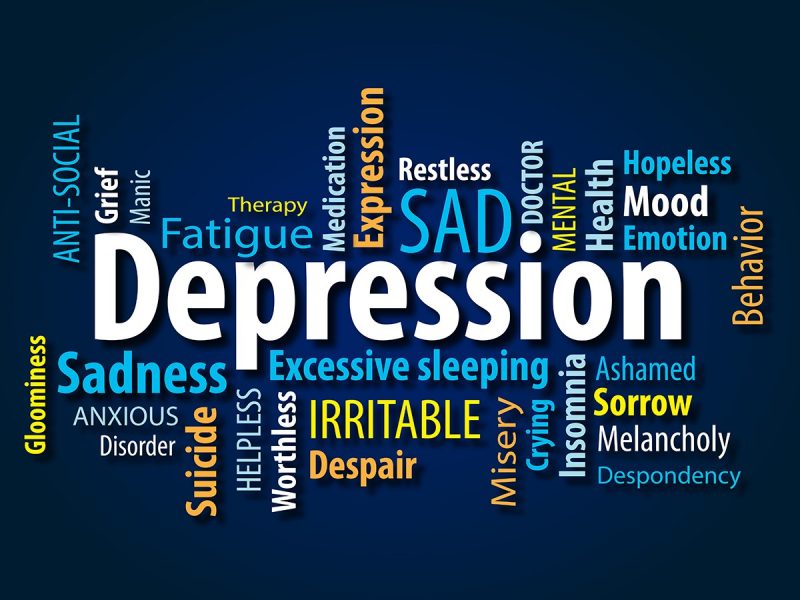 Depression has no face. Be kind to even smiling faces

Abraham Lincoln, Queen Victoria, famous Indian actor Sushant Singh Rajput, Shaheen Bhatt daughter of famous director Mahesh Bhatt: What is the common link between these famous personalities? Each person was suffering from depression. Most of you are familiar with the term Depression, you might have heard about it, read about it, seen it or may be felt it. Unfortunately this mental illness does not receive the kind of attention that required by it. The reason behind that is people do not take it serious and think that depression is not as much harmful. Above all, let me tell you one thing, depression is lethal. It will not kill you directly but breed inside you like a parasite. This parasite makes your life miserable and gives you very slow and painful death.

In today’s highly technological world depression has spread widely. Almost in every household there is a person who is suffering from depression but they do not even realize that. Depression defined as a low and sad state marked by significant levels of sadness, lack of energy, low self-worth, and guilt. In this state life seem dark and its challenges become overwhelming. Depression brings severe and long lasting psychological pain that may intensify with time. Those who suffer from depression are miserable. They lose their will to carry out simplest live activities; some even lose their will to live.

In 1841 Abraham Lincoln wrote in a letter to his friend, “I am now the most miserable man living. If what I feel were equally distributed to the whole human family, there would be not one cheerful face one earth.”

According to DSM-Ⅴ, a manual used by doctors/psychologist to diagnose mental disorders, if you have five or more following symptoms for at least two weeks you are suffering from depression.

These people are so wretched. Most of them feel sad, down and depressed and some feel equivalent. However few insist that they have only lost interest in nearly all their once-loved activities. Three symptom areas may show either an increase or a decrease from normal such as sleep, appetite/weight, and psychomotor activity. The classic picture is a decrease in these symptoms from normal but some patients will report an increase in these symptoms.

Difference between Sadness and Depression

People usually mistake sadness with depression. Sadness is just a part of depression, grief will come and go but depression will remain inside you for a long period of time. Whenever we feel unhappy we descried ourselves as we are depressed. But this is not correct, we are only responding to sad events, fatigue or unhappy thoughts. When psychologists talk about depression, they do not mean sadness that simply come from life’s disappointments that we all experience. We feel depress after a breakup of a long-term relationship, lose job and death of a beloved person. This is totally normal sometime we feel depress after less serious problems such as when your romantic partner forget your birthday or doing badly in a school project.

These are normal mood swings and we confuse them with a clinical disorder. We all experience this type of dejection from time to time but that is not depression. Normal dejection is sometime severe enough to interfere in our daily functioning and persist for long time.  But these types of downturns in mood are also beneficial for us. When we spend some time in contemplation, it leads us toward exploring new things about inner selves, values, our way of life and even our mistakes. After this time we often emerge with an increase sense of strength, clarity and solutions for our problems.

A Test for Depression

To complete the test count the numbers of statements with which you are agree:

Scoring: if you agree with at least five statements, including either 1 or 2 and have these symptoms for at least two weeks, help from a professional is strongly recommended. If you answer yes to number 3, you should get help immediately.

Clink on link for a short depression test: https://youtu.be/2prG89_lioI

Suicide is the second leading cause of death. The reason behind suicide is mental illness and most importantly depression. The suicidal feeling in people is overwhelmed by painful emotions and people see suicide as a way out from their misery. These people lost their sight about the fact that suicide is a permanent “solution” for a temporary state. Most people died with suicide could have been helped. When a person has frequent thoughts of suicide and have high risk to attempt it, he/she should concern to a friends, relative and get professional help.

Suicidal thoughts may be fleeting or more frequent. A person can also think about suicide in a passive way such as, “What if I was dead?” or active way like, thinking of ways to kill oneself, making a plan. This is cause for great concern when a person’s behaviors show preparations for death, such as giving away possessions or acquiring a gun. A sudden lift in spirits in a depressed person can be a warning sign that they are planning to kill themselves. Any level of suicidal thinking should be taken seriously. If a person only talking about death and finding easy ways of dying, never ignore them. Suicidal threats should always be taken seriously.

When Suicide is a Possibility

There are some warning signs to predict suicide:

There are certain risk factors that make a person suicidal more likely:

Common symptoms of this disorder include:

Disruptive mood dysregulation disorder is a condition that present in children and youth ages 6 to 18. It involves a chronic and severe irritability resulting in severe and frequent temper outbursts. The temper outbursts can be verbal or can involve behavior such as physical aggression toward people and property. This mood is noticeable by parents, teachers, and peers.