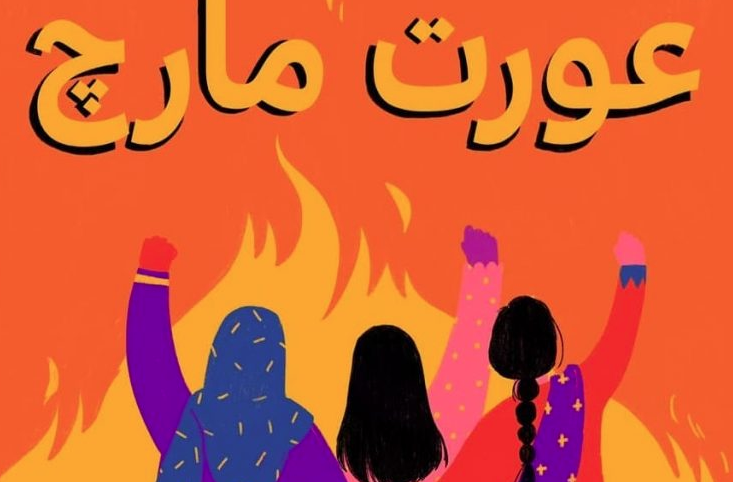 In my two years journey of writing, I have kept myself away from touching controversial topics in general or ongoing controversies around. I prefer to write on topics on which the majority won’t have issues with it. Note that it’s one of the safest things to do while making your way in the writing world. Because controversies are something you shouldn’t try until and unless you are pro at what you do. With this article, I don’t consider myself a pro but I just can’t skip this one.

As we all can relate that this ongoing so-called Aurat March that took place on women’s day this year created quite a buzz all around the country and since social media always know how to promote or bash something in the best way possible – this issue was no exception. Those who want to appreciate it, promote it, or were a part of it got their desired applause. Those who were against it bashed it thoroughly forgetting their own boundaries.

Even men didn’t spare a chance to come in their own support by launching a new trend (on social media- the hypocrite) of “Men March”. Which they think was a reply to the insults thrown at them by the women a day earlier.

I personally don’t want or see the need to relive all those messages written on the play cards that most women were holding in the march but just to make my point clear that’s gonna be coming soon, Let’s quickly recall some of them.

What Women epowerment is actually about?

In an age where women are shattering glass ceilings all around the world, it seems that our women are more concerned about sitting a certain way and their utmost priority is to distance themselves from the normality of culture and our values. Rather than talking about some severe myths of the country like inaccessibility of health and medical facilities, and the low literacy rate of our women. Pakistan’s overall literacy rate is 58% with a literacy rate of males 70 percent and 48 percent of females. Why do our women want equality in the kitchen rather than asking for equal education rights for our girls?

How ironic is it that you feel so repressed by not being able to sit a certain way in comparison to those millions of girls who are not allowed to go to schools. You didn’t have the guts to address that in a decent way. Oh, Wait! Just don’t start blaming patriarchy and all because the majority of these are not able to go to schools because they are the victims of the violence as they are not allowed to go outside, but work and sew clothes at home. Providing education helps them to earn a better position in society.

One more thing really got on nerves of many was the criticism pointed at men for the inequality at workplaces, online and offline harassment, and domestic abuse etc. The thought was really good but the way it’s been carried out on posters just can’t go unnoticed.

See, I really believe that

A Real Women is the one who empowers other Women

But it’s just so unfair to bash the whole gender i.e., MEN. I find it highly offensive because never have I ever seen a man disrespecting any women or felt inferior to anyone in my surrounding. (God save me from evil eyes) So there’s no point in criticizing and humiliating all on behalf of few.

So basically what this women is trying to say that one feminist bashing men or losing her tongue doesn’t mean that the whole movement is wrong, but it is okay to blame a whole gender because one man wronged you? You get the irony here?

The things got exciting turn (pun intended) when this came up and set social media on fire:

My God! I have never read more pathetic statements ever before. Someone tell them there’s serious lacking of wit and creativity…

So basically men have now decided to carry out Mard March in reaction to slogans raised against men at Aurat march at the same Frere Hall in Karachi on March 24.

People are giving mixed reviews over this reaction by men. Some people think that this will further divide the men and women in society while others are supporting the march to highlight the issues of men.

The Aurat March was aimed less at raising awareness about women issues and more on to shun patriarchy in the country. Men were even worse at doing the same.

Concluding it all I’d only say that stop using FEMINISM as an excuse to satisfy your desire to bash Patriarchy. Patriarchy is a part of culture and we should value that. Even if you have issues with it… Go first learn the decency to face important issues like that…

The Meaning Of True Education.
From self-doubt to self-discovery!
To Top