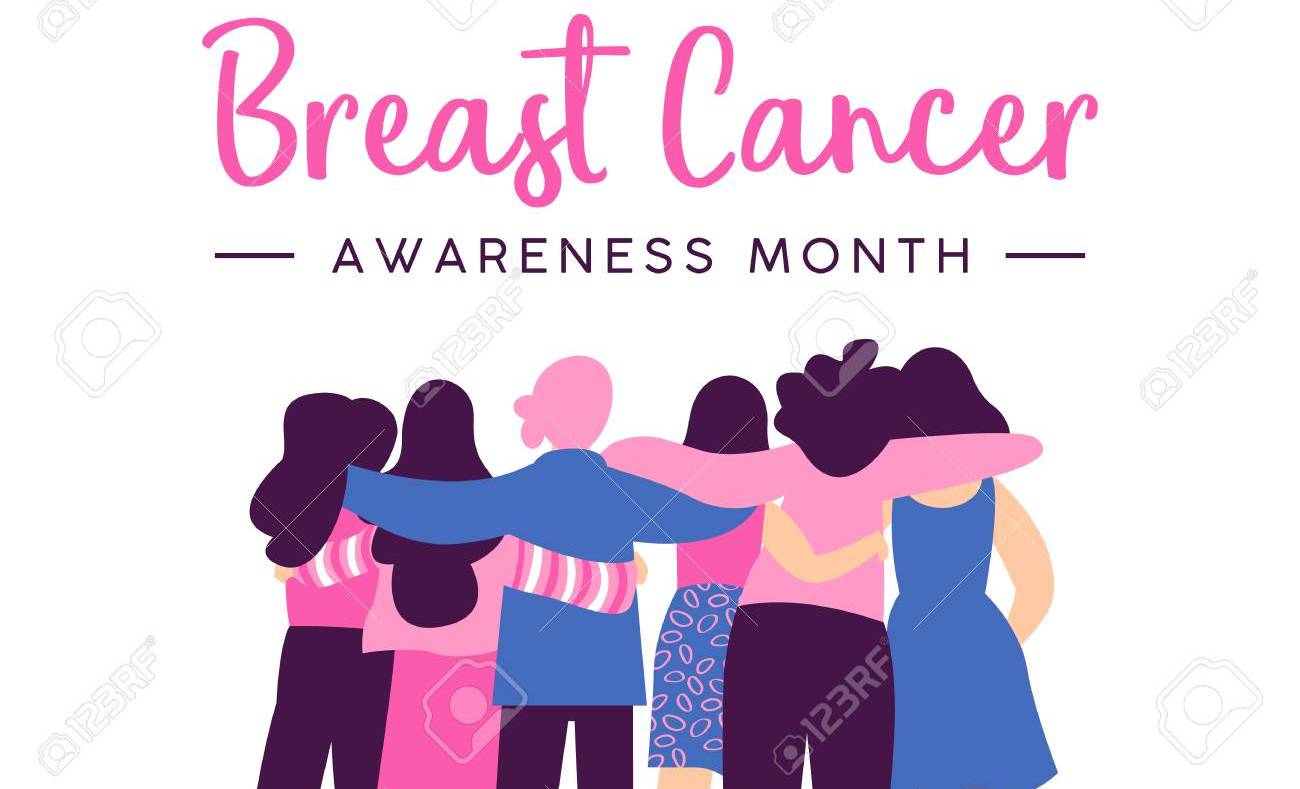 A few weeks before my board exams, I started feeling difficulty in sleeping. Because of an acute pain below my right shoulder. Which I had never felt before. I didn’t pay much attention to it. Blaming my uncomfortable study chair for it. However, even after tending it with painkillers and shoulder massage, the pain didn’t go away and it began to concern me. My mind instantly jumped to the conclusion, and I began to fear to have breast cancer at the age of 21.

I tried to understand what was happening to me by self-examination and after a minute or few. I could very distinctly palpitate a lump inside my chest that felt bigger each time I touched it. With my little understanding of what tumor feels or looked like, I imagined the worse. After all, a lump is the first sign they ask you to look after. It can be some people’s worst nightmare, sitting in the doctor’s office and hearing the word cancer. After a sleepless night, I went to the doctor first thing in the morning and after an ultrasound and examination by the doctor, it was declared that it’s not a malignant tumor but rather a fibroadenoma.

The month of awareness

The reason I am sharing this story is that October marks the Breast Cancer Awareness Month. An international campaign aimed at increasing awareness of the second most common cancer in women, with the goal of someday stopping it.

Several cases of Breast Cancer are left undiagnosed each year simply because they have to do with breast and women often feel uncomfortable talking about it. Women diagnosed with breast cancer often say they were shocked by their diagnosis and couldn’t hear or remember, what was said afterward.

Each year more than one million women are diagnosed with breast cancer worldwide. Over half of whom die from the disease either. Because it was diagnosed too late or they felt shy visiting the doctor. Breast cancer has become the most common cause of death in middle-aged women. According to the American Cancer Society. There will be 271,270 new cases of breast cancer in 2019, 99% of which will be diagnosed in women.

What is Breast Cancer?

Breast cancer is the most common cause of cancer-related deaths in women. It mainly affects older women and occurs most frequently in postmenopausal women over the age of 50. Breast cancer can also occur in young men but is very rare. Making up around 1% of all breast cancer. Every year almost 1.7 million cases are diagnosed and more than half a million deaths are reported.

There are a number of factors that have been shown to increase a woman’s risk of developing breast cancer:

Women with a first-degree relative (parent, sibling or child) with breast cancer have twice the risk of developing breast cancer compared with a woman with no such family history.

Women who have first pregnancy after the age of 35 are more likely to develop breast cancer.

The use of hormone replacement therapy after menopause exposes women to an increased risk of developing breast cancer.

Because breast cancer so commonly affects women in the developed world, dietary factors may play an important role in its causation. A high-fat diet and high alcohol consumption are associated with increased risk.

Being obese after menopause, physical inactivity can play an important role in the development of breast cancer.

The symptoms of early-stage breast cancer can often go unnoticed. In many cases, a tumor may be too small to be felt, but an abnormality can still be seen on a mammogram. Few obvious symptoms are:

Pain in breast can be caused by a benign cyst. So, finding these symptoms doesn’t necessarily mean one has cancer. Still, if one finds a lump in the breast or has other symptoms. A doctor should be consulted for further examination and testing.

Breast cancer treatments are getting better all the time, and people have many more options today than ever before.

Surgery still plays a central role in the management of breast cancer. This is the main treatment option for patients whose breast cancer has not spread to other parts of the body. Removing the whole breast is called mastectomy. Or to remove just the tumor and tissues around it is called a lumpectomy. Recent studies show 30% of women develop significant anxiety following both mastectomy and lumpectomy. After mastectomy women tend to worry about the effects of the operation on their appearance and relationships. Whereas after lumpectomy, they may remain fearful of reoccurrence.

Radiotherapy uses high-energy waves to kill cancer cells. It can be used prior to or after the surgery to reduce the size of the tumor.

Chemotherapy uses drugs to destroy cancer cells. The doctor may recommend chemotherapy if cancer has a high risk of returning or spreading to another part of the body. Chemotherapy is typically associated with adverse side effects. Such as nausea, hair loss, vomiting, diarrhea, fatigue this is because of its toxic nature and non-specific mode of action, which means that all cells are attacked even healthy cells.

Tamoxifen has been the most widely used hormonal treatment in breast cancer. Its efficacy as adjuvant therapy was first reported in 1983 and it has now been shown to reduce the annual rate of recurrence by 25%, with a 17% reduction in the annual rate of death. Hormone Therapy basically inhibits the actions of the hormones estrogen and progesterone in the patient.

Regular Exercise plays an important role both in preventing the disease and to help women recover better after the surgery. Women who are physically active for at least 25 minutes a day have a lower risk of breast cancer.

Being overweight can increase the risk of breast cancer two folds, especially if obesity continues after menopause.

Find out Your Family History:

Women with a positive family history of cancer have a risk of developing cancer that is 2-10 times above baseline. These women should take special steps to protect themselves by taking care of their diets and yearly checkups.

Annual screening mammography is recommended for women above 40 years. Women with known mutations should have annual mammography. And semiannual physical examination beginning at the age of 25-3 years. Women with a positive family history are recommended annual mammograms and semiannual physical examinations beginning 10 years earlier the age of the youngest affected relatives and no later than the age of 40 years.

Self-examination is a useful screening tool, especially if used in combination with physical exams by a doctor and yearly mammography. Breast self-exam may help in the early detection of tumors, cysts and other abnormalities in the breasts. It is recommended to do self physical examination weekly by looking in the mirror. First By hands at sides then with arms over the head. And again by lifting one breast at a time to see any sign of change either in the shape or size. It is also advised to keep a check on any abnormal redness or discharge.

Breast cancer is the most common cancer in women across 140 countries. Approximately 2 in 8 women worldwide have a lifetime risk of developing breast cancer. Breast cancer develops through a multi-step process and therefore it is easy to reduce the risk of cancer if it is detected in the early stages. Breast cancer is a preventable disease. Reducing risk factors and yearly examinations are two main measures to prevent breast cancer. However, there’s a long way to go in creating public breast cancer awareness. Only 4.1% of high-risk women are willing to take preventive measures. The lack of understanding of breast cancer might be attributable to this unwillingness. Let’s all become a part of the Breast Cancer Awareness campaign not only by wearing pink ribbons in seminars but also by being more self- aware.