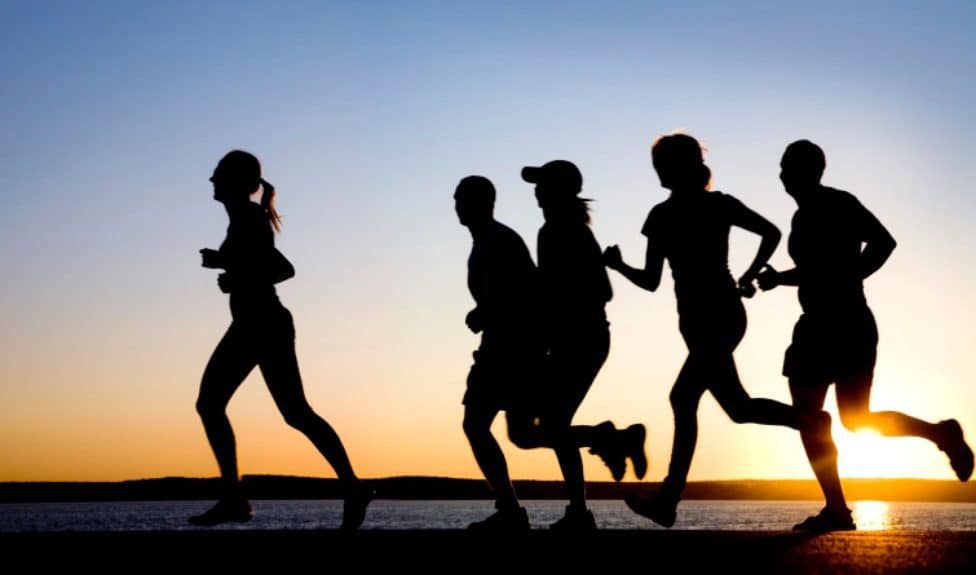 You may have heard the big news that fitness for men in middle age is associated with a lower risk of several different cancers. The study looked at 17,000 men and found that those who were fittest at age 50 were much less likely to develop lung and colon cancer, and much less likely to die from prostate cancer—20 to 25 years later.

So it pays to get fit and stay fit. One intriguing finding: Simply increasing your fitness level by one “metabolic equivalent”, or MET, was associated with a 14 percent lower risk of cancer mortality—and a 23 reduction in cardiovascular mortality. Other research has found that increasing your fitness by one MET reduces your risk of dying from all causes by 15 percent or more.

So it seems like this is a pretty key thing to do. But what does it mean to increase your fitness by one MET? To find out, we turned to Richard T. Cotton, MA, national director of certification for the American College of Sports Medicine. “A MET is a unit of oxygen consumption and metabolic rate—and therefore, exercise intensity,” he said. It’s kind of a research thing, he said. So it takes a little translation to make sense of it for everyday life.

Bottom line: It’s important to get not just enough aerobic exercise each week, but also to improve your ability to exercise intensely. In other words, fitness matters.

The American College of Sports Medicine (ACSM) recommends that healthy adults get 150 minutes a week, spread out over five days, of moderate-intensity exercise. That’s the kind you can do while speaking in full sentences without gasping for breath.

Increasing your fitness by one MET means you can go faster or harder without running out of breath—or having to stop from exhaustion.

“A low-aerobic fitness in a middle-aged man is about 8 METS,” says Cotton. “Average is about 11, and high aerobic fitness is greater than 16.” In research studies, MET is measured by putting people on a treadmill and increasing speed until they’re so exhausted they can’t continue. But you can get figure out your exercise intensity by paying attention to how fast you do a regular aerobic routine, like a run or a bike ride. “Get a sense of the MET value of your typical continuous workout, and then compare it with the subsequent MET value for the same distance,” says Cotton.

Here’s an example: You can walk a mile in about 17 minutes. That’s 3.5 miles per hour (m.p.h.). It’s reasonably brisk walking pace. If you go faster, you run out of breath. But you try to go a little faster each day, and at the end of a month, you can walk the mile in 15 minutes. You’ve increased your MET by 1.3. Another example: Increasing your running speed for a mile from 10 minutes to 8 and a half minutes—that boosts your MET by 1.2.

If we pushed the numbers in the recent study, that kind of improvement, sustained over a lifetime, would be associated with a 66 percent reduction in cancer risk. Pretty amazing—but also speculative. For one, the study hasn’t even been published in a peer review journal—it’s being presented at a cancer conference, and will be published later. It’s an observational study, so it’s not showing cause and effect. And the benefits are greatest in going from the lowest level of fitness to a moderate level, so you can’t expect to keep lowering your cancer risk indefinitely as you get progressively fitter.

But the new research, combined with existing research on benefits in terms of heart disease and a longer life, add to a growing body of evidence that fitness intensity makes a difference. One interesting finding of the current study is that fitness was linked with lower cancer risk independently of body weight.

So get your moderate aerobic exercise. Being more active on more days of the week is still a core goal for cardiovascular health. So is strength training, and flexibility.

But fitness intensity matters too. So push it, guys.

Do ADHD Boys Become Obese Men?
Sunscreen Smack Down: 9 Ways to Really Protect Your Kids This Summer
To Top