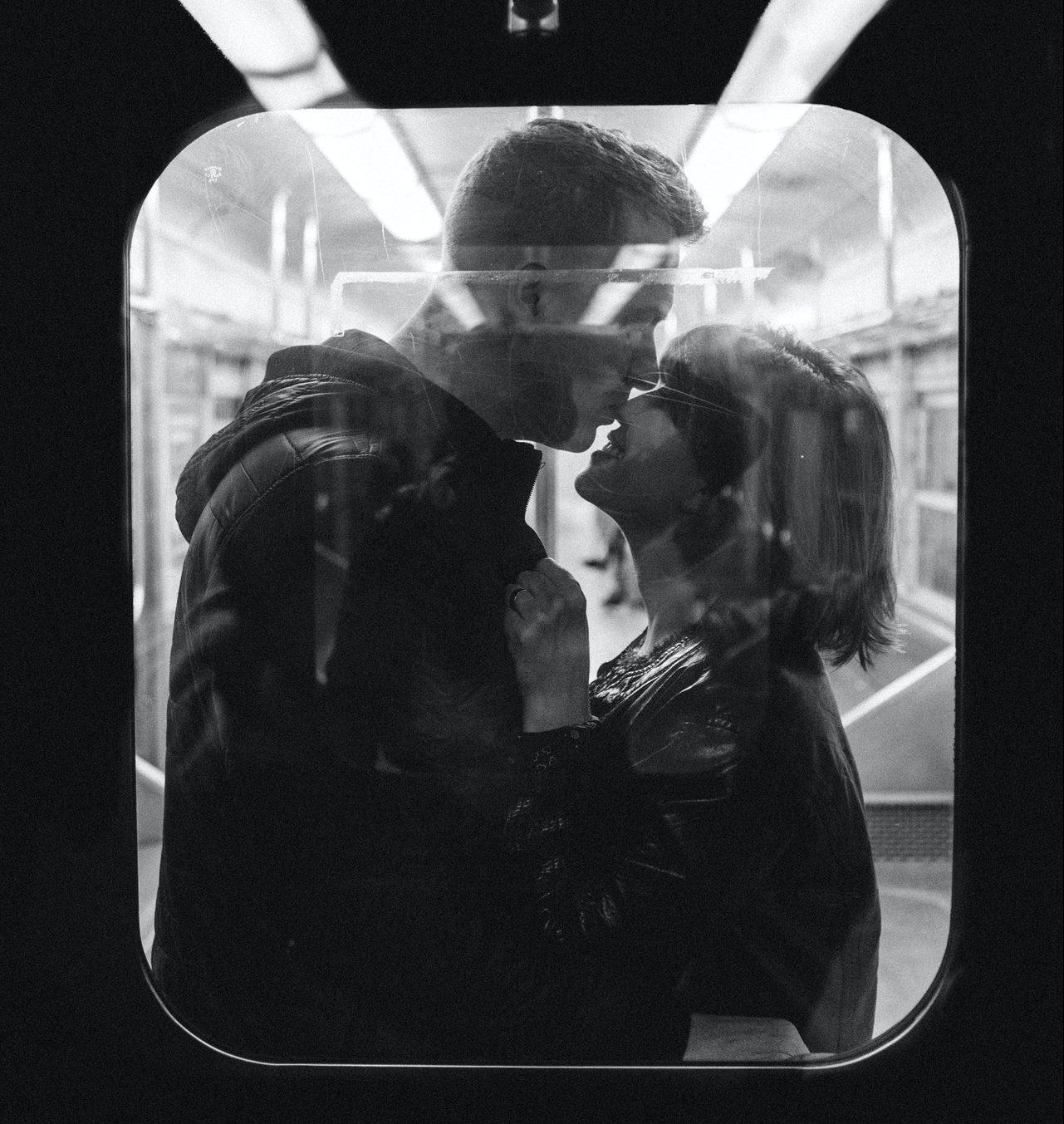 Valentine’s day is just a few days away—and that means it’s a time to binge-watch the best romantic films. Whether you’re in the mood for a romantic movie or a rom-com, this article has clearly listed the top 10 romantic movies of Hollywood and it will surely help you decide what to watch in the lead-up to valentine day.

Nowadays, you can easily enjoy all movies with your partner on Netflix. Read more about the best movies on Netflix

When it comes to romance movies, romantic comedies and romantic intimacies usually get the most attention. And while we’ll always love such movies like When Harry Met Sally and An Indecent Proposal, that’s not always the feel you’re looking for. Sometimes, it’s just a vibe you want to sweep away in the passionate flow of cathartic cry; a sad romantic movie is just what you need.

Do you think of a time when rewatching The Notebook for the thousands time isn’t appropriate? Seriously, didn’t think so! No matter the mood, the movie night girl/boyfriends, or you’re single or mingle. Isn’t that more pleasing watching a romantic movie about two people being in love kind of hopeful romance, dreamy love, and usually sexy? What do you like the most in a romantic movie?

Let’s have a look on the top 10 romantic movies to make your valentine more romantic-tons of love scenes coming your way!

One of the most heartfelt and romantic movies of all time, The Mean Girls and Game Night star of film has proved once again that as one of the most underrated comedic actors of her era along with goofy-yet-poignant Netflix Original comedy. This movie is listed among the top 10 romantic movies. Fans sometimes find it laugh-out-loud funny, but do you know, what’s the big surprise here? The romanticized full of fun catchy songs along with the surprising tenderness of the laughter that can just leave you with a drop of tear in your eyes and love in your heart, isn’t that amazing? Not only the love story, you will also enjoy Dan Stevens giving his best comedic performance, which is also surprisingly touching.

2. To All the Boys I’ve Loved Before

Looking for a fun, YA romance, or sweet movie to lighten up your mood? You won’t do much better on the list than To All the Boys I’ve Loved Before. Directed by Susan Johnson, the movie stars Lana Condor, Anna Cath cart, Noah Centineo, Janel Parrish, and John Corbett, it’s based on the novel by Jenny Han, written by Sofia Alvarez. The movie has been listed among the top 10 romantic movies and it revolves around a teenager whose frightened nightmares are caught when five letters she wrote to her secret lovers are delivered out in her absence. This film is full of fun and romance from start to end, letting you feel your own love for someone who likes you the most in the world.

The Dig stars Carey Mulligan, Ralph Fiennes, Lily James, and Johnny Flynn. It is based on a true love story of England during 1939 excavation of the Sutton Hoo archeological site. The movie experiences to rewrite a considerable historical wrong by exerting focus mainly on the circumstances of the archeologist Basil Brown, who followed the project but whose contributions went all in vain for years. It may not sound like the feel of romance or passionate love, but, trust me, you’ll not help yourself watching it when you catch wind of the tragic romantic reels threaded throughout the movie.

The movie revolves around two hot messes who fall for each other after recovering from a significant trauma. What an amazing package of huge laughter, painful authenticity and a mesmerizing love story! The star cast Bradley Cooper, Jennifer Lawrence, Robert De Niro, and Jacki Weaver were also nominated for Oscars in all four acting categories. Silver Linings Playbook is among the top 10 romantic movies and is a much delight and pleasure if you watch it to find love. Though a few scenes have better captured a sad heartbreak that happens when two loved ones throw down quite like Silver Linings Playbook, there’s also a beautiful and long-lasting message here— about what? An epitome of grace, love sights, living amends, power of healing, and the outcomes of selfless love!

5. The Map of Tiny Perfect Things

From a wild night out comedy to a tear jerking romantic drama, The Map of Tiny Perfect Things is a power packed movie you should not miss binge watching. This movie might be the sweetest adaptations of the Groundhog Day time-loop concept (wonder why!) among the plenty of releases of the last years. Two teens, Kathryn Newton and Kyle Allen find out they’re bringing back the same day over and over. So they decide to make use of the pitfall to turn out the titular map of the best things that has been happening those days with them—until one of them tries to get a new way out of that time warp. This is going to be a feel-good movie that will leave your heart full of warmth.

This movie is one of Netflix’s best recently comedy additions, written and directed by Jennifer Kaytin Robinson. Someone Great, listed among the top 10 romantic movies, is graphed somewhere between a love story and a perfect laugh-out-loud comedy centered on a young woman who leads for a last crazy night with her best friends before leaving the city and she just cast aside her boyfriend of seven years. The boyfriend has been shown fabulously in his peak charming mode. Full of love sights, romance, and warmth, the chemistry between the two is a knockout. It might keep wrap up in their love even when everything it’s over between them. There’s bunch of wild comedy to go around in it, but the charisma between Rodriguez and Stanfield gives the film its heart and its soul.

7. The Last Letter From Your Lover

Are you a fan of Me Before You? Listen up! The recent story of one of Jojo Moyes’ heartwarming novels is The Last Letter From Your Lover, which depicts phenomenal love stories full of romance across two timelines. The amazing star cast of movie includes Felicity Jones, Shailene Woodley, Nabhaan Rizwan, Callum Turner, and Joe Alwyn. In the 1960s, Jennifer (Woodley) finds herself in difficulty between her unromantic and unfeeling spouse Laurence (Alwyn) and her boyfriend Anthony (Turner). And in 2003, many years later, journalist Ellie (Jones) uncovers her love letters while pulling out the archives alongside her own interest, played by Rizwan.

8. Single All the Way

Philemon Chambers, Michael Urie, Hocus Pocus‘ Kathy Najimy and LGBTQ star Jennifer Coolidge cast in Netflix’s most demanding high-profile rom-com related to gay best friends. The two lovers gay catch their feelings over the holiday season, as one peacocks as the other’s boyfriend. It’s hardly a get to know plot (may be there’s some mutual ground with the last year’s runaway broadcasting hit Happiest Season). With a cast of this much talent, both fun and heart warmth love are above the board. Single All the Way is Netflix’s first-ever queer rom-com.

Mafioso, a 10/10 chiseled stud, kidnaps a smokin’ hot babe with an air of innocence about her in this massive hit movie. The crime boss gives his love girl a year to fall in love with him. Full of sexy antics ensue! This movie is essentially Fifty Shades of Grey but with a little Italian flavor, as clunky as Fifty Shades. The envelope-pushing intimacy and sexual content made it to become the most-watched movie earlier this summer.

The super cute star cast of The Kissing Booth 3 includes Joey King, Jacob Elordi, Joel Courtney, Taylor Zakhar Perez, Maisie Richardson-Sellers, Molly Ringwald, and Meganne Youngg. Are you thinking the same The Kissing Booth 2 was just released? Yes, it’s right! The third and may be last movie of the very cute, light comedy, and superb romantic series involves the friends at Lee and Noah’s family beach home. The friends get to live up their last summer vacations together before Elle has to decide where she wants to go to high school. In addition to being the most cute screen romance you’ve seen in the recent years, The Kissing Booth 3 is a profoundly teen love fun movie. Has any other movie dissected your love with as much insight as this one?