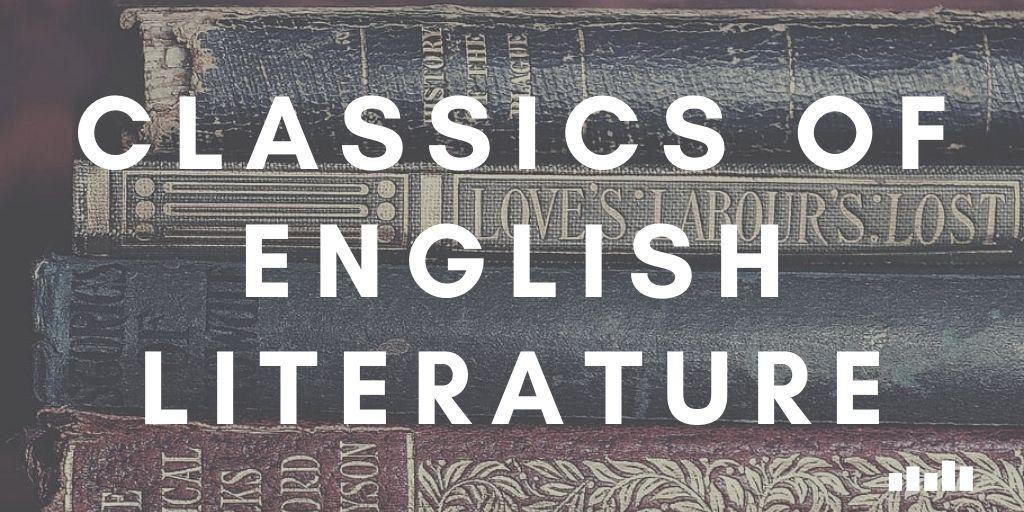 Who are by far the most famed authors in the history of the world? Perhaps that isn’t the big question. Instead, we should ask, ‘How can we judge?’ With that in mind, we can begin to discuss the criteria. One can consider which famous writers had the greatest impact on the world as a result of their writings, or how their writings changed the world.

We don’t have to talk regarding their style of writing or how good their prose is. Because that is in any case far too contextual. Their greatness could purely be about their ideas – ideas that capture the public’s attention and forever change the world’s perceptions. In that case, the writing would merely serve as a vehicle for conveying the idea they wish to convey. That concept, theory, or investigation is the impetus for writing the book.

So, without further adieu, here are our picks for the ten most famous English classical writers of all time:

Geoffrey Chaucer is regarded as the English poetry’s colossus and Father of English Literature. His poetry is still watched and loved today, and it is frequently adapted for live performances. Despite being inspired by people Chaucer observed more than seven hundred years ago. It is full of characters that are still recognizable as types we encounter daily. His most reputed work is The Prologue to the Canterbury Tales. Through this, he introduced his unique and exquisite style of poetry. Which was packed in humor, irony, and satire, in order to reform society.

He demonstrated his poems as well as those of Chaucer, Dante, and Milton. But his exhibitions of these illustrations were derided, with one reviewer calling them ‘nonsense, unintelligibility, and egregious vanity,’ and another calling Blake an ‘Unfortunate Lunatic.’

By any guidelines, Geoffrey Chaucer directed an eventful and interesting life. We know him as a poet, and he is the first poet to be buried in Westminster Abbey’s poet’s corner. But that was only a passing fancy for him. He was a multi-talented man who had a long and successful long career as a dignitary. In addition, he was a philosopher, astronomer, and alchemist.

Although he was not widely regarded as an artist or poet by his compatriots, William Blake is regarded as one of the top ten English literature writers and painters. He was ignored because he was very much ahead of his time in his viewpoints and poetic style (for example, read some wonderful William Blake quotes), and also because he was regarded as somewhat insane, due to behavior that would be considered only mildly eccentric today– for example, his area’s natural habit of walking around his garden naked and lying in the sun there.

Samuel Taylor Coleridge was an English poet. He was also a literary critic and philosopher during his lifetime. As one of the founding members of the English Romantic Period. He was enormously influential in English literature. When one thinks of “the Romantic poets,” Coleridge’s name comes to mind.

Coleridge met another young poet, William Wordsworth, and his sister Dorothy when he was a young man. That meeting resulted in a poetic collaboration that would change the face of English poetry. They worked together on a project called Lyrical Ballads, a book of poems to which they each contributed poems. It was a conscious effort to move ahead from the mannered poems of the time and write poems in simple, everyday language.

The language of Shakespeare and Milton is often referred to as English. For four centuries, Milton’s poetry has been regarded as the most ideal lyric poetry in the English language. His most famous poem, the epic Paradise Lost, is regarded as a pinnacle of English epic poetry. Its story has permeated English and European culture to such an extent that the specifics of our concepts of heaven, hell, and heaven, Adam and Eve, and Satan are all based on it.

His best-known poem, the incredible Paradise Lost, is regarded as a pinnacle of English epic poetry. The details of our concepts of heaven and hell and paradise, Adam and Eve, Satan and his legions’ war against God, the archangel Gabriel, and all of those Genesis characters and events come from Milton’s picturing of them in this poem.

As a composer and a writer, John Donne ranks among the most intriguing writers of all time. His life was a colorful adventure. Donne’s poems are significant literary accomplishments. He is a Jacobean writer, roughly contemporary with Shakespeare, Fletcher, and Webster. But very different from them in terms of social class and literary work.

Donne possessed considerable skill and potential. He was born into a Roman Catholic family at a time when being a Catholic was illegal. Which hampered him for the first half of his life. At the age of 11, he was admitted to Hart Hall (later Hertford College) in Oxford. He spent three years before being enrolled at the University of Cambridge, where he spent another three years. Because he was a Catholic, neither college granted him a degree.

Charles Dickens was a remarkable man. He is mainly remembered as a novelist. But he was so much more. He was equally visible in his other endeavors, but they are not parts of life where we can still see him today. We recognize him as the author of classics such as:

Dickens exuded an almost unfathomable amount of energy. He had a chance to explore what would have been entire careers for most people. Including acting, literary formatting, social awareness campaigns, and philanthropic administration. In addition to writing all those lengthy books in longhand. He was also the parent of a large family, and he was involved in a long-term love affair.

Mary Ann Evans was the nom de plume of George Eliot. She is a novelist who wrote some of the most important classic novels of the Victorian era. The importance of Eliot’s works of fiction in English culture cannot be overstated: they cut to the heart of the small-to   Throughout the twentieth century, her fiction was adapted into films, television plays, and serials, putting her in the company of Shakespeare and Charles Dickens. Harold Bloom, a renowned literary critic, described her as “one of the greatest Western writers of all time.” won politics that made up the fabric of English society. Her novels were primarily political. some of her works are:

It’s difficult to pinpoint what Jane Austen does with dialect to achieve her unique blend of wit and insight. It has something to do with the way she fabricates sentences – all beautifully balanced but often with venom in the tail – and a style of storytelling in which the story is told from the various characters’ points of view.

Eric Blair is a twentieth-century writer. Blair was perfectly at home with journalism, essays, novels, literary criticism, and social commentary. He wrote under the pen name George Orwell. He was well-known in all of these areas. But he will be recognized most for two of his novels; Animal Farm and Nineteen Eighty-Four. Both novels are considered among the most significant works of literature of the twentieth century and are replete with memorable quotes.

Orwell was a keen spectator of the trends of his time. In this spirit, he emerged as a prophet, warning society about where it seemed to be heading, particularly in the case of Nineteen Eighty-Four. People in the novel have become dehumanized, ruled by an unseen administering that manipulates them with rapidly evolving technology. The novel paints a bleak picture of the future. Since the publication of the book, governments have been repeatedly warned by critics that increasing censorship and camera surveillance will bring the country closer to 1984.

In 2005, three years before his death from cancer, Harold Pinter was awarded the Nobel Prize in Literary works. He had a more than half-century career as a screenwriter, director, actor, and screenwriter for television and film. He was, without hesitation, the most influential English playwright of the twentieth century, and thus deserves to be included on this list.

The unique quality and style of his dramas motivated the term Pinteresque. Which refers to a use of language that expresses a strange situation fire burning with underlying, indefinable menace. His dialogue is frequently both funny and menacing. It’s a dialogue in which the silences are as important as the words. He employs repetitions in novel ways to create a sense of menace and a distinct environment that can only be described as ‘Pinteresque.’