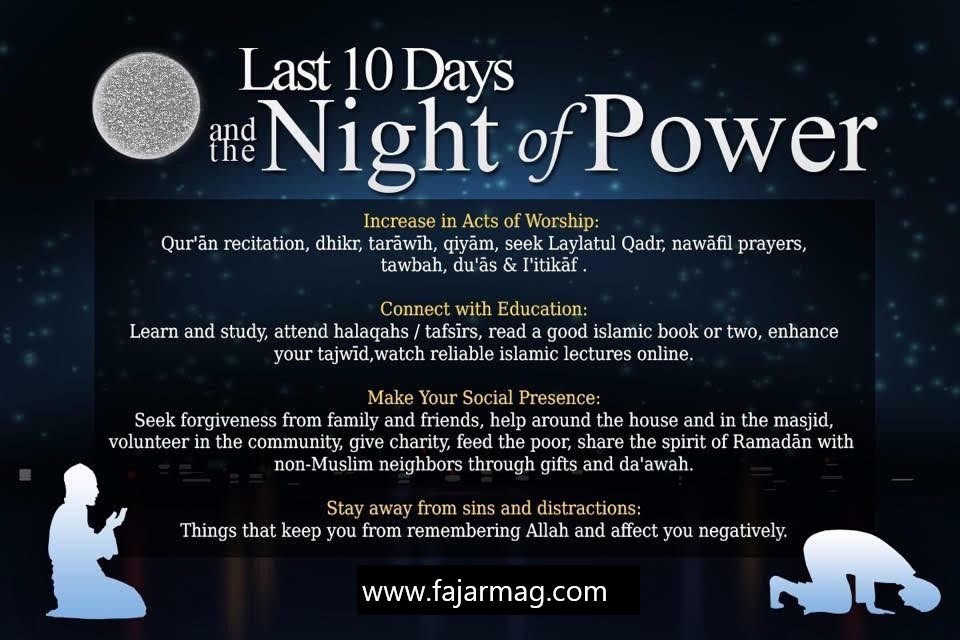 There are certain places and time those are especially sacred and have significant importance in Islam. At these places and time a believer of Islam can engage certainly in worshiping, such as glorifying and remembering Allah (SWT) at any time while sitting, standing, or lying on their sides. There are some periods of time those have unique and special blessings associated with them e.g Laylat Al-Qadr. Likewise, while the whole World has been made a place for prostration and worship, still there are some holy locations such as; the great three Mosques, Masjid Al-Haram, Al-Masjid an-Nabawi and Al-Aqsa Mosque are blessed uniquely.

Those blessed times creates a yearning within the psychology of the believers of Islam and they seek out these opportunities in order to come closer to their Creator. In the result, this yearning brings so many positive spiritual emotions within a person such as, reverence, awe, wonder, eagerness, anticipation, excitement, longing, and hope.

Ramadan is a holy month in Islamic calendar, of spiritual purification and cleansing for Muslims. In this holiest month we try our best to increase our good deeds, worship, and acts of helping poor. It is a blessed and unique time for prayers, reflection and absolving oneself from sins. However the main focus of Ramadan Mubarak is on fasting during the specific hours between sunrise and sunset. It is also a time when we deeper our personal connection with Allah (SWT) through worship and prayers.

As now we live in the era of materialistic heedlessness and digital distractions, our acts of worshiping to Allah (SWT) minimizes into small moments in our busy routine. These brief movements don’t furnish a person with a spiritual experience that completely transforms him/her. A serious worship of Allah (SWT) not just requires taking a small moment to pray, but a serious worship requires to allowing our prayers to define our direction in the life. Therefore, Islam offers so many opportunities for intense spiritual experiences. These intense experiences are involved setting aside the worldly life and its distractions. And the greatest opportunity of such opportunities is the blessed nights of Ramadan.

“Whoever spends the nights of Ramadan in prayer out of faith and in the hope of reward, he will be forgiven his previous sins.”

The last ten nights and days of Ramadan hold even more importance and significance because Allah (SWT) shows great mercy on His creation during that time. These blessed nights are a chance for us to benefit from the immense blessings of Ramadan Kareem and seek salvation before the end of the month comes.

As the wife of Prophet Muhammad ﷺ `A’isha narrates:

“When the last ten nights began Allah’s Messenger ﷺ kept awake at night (for devotion and prayer), wakened his family, and prepared himself to observe Salah (with more vigor).”

The whole month of Ramadan is an especially significant time for entire Muslim community of world. However, there is a night in the holy month of Ramadan that holds extra meanings and blessings, and that night is called as Laylat Al-Qadr. So far, there is no any day or night that has been more emphasized than this night. It is also known as “The Night of Power” and “The Night of Decree”. It is one of the most sacred nights from the Islamic calendar.

This precious night is occurs on an odd night in the final ten days of the Ramadan. For example: 21st, 23rd, 25th, 27th,29th. The exact date of this night hasn’t been mentioned. However, typically it is believed that Laylat Al-Qadr fall on the 27th night of Ramadan. Scholars have pointed out that there is a tremendous amount of wisdom behind not knowing the exact night when Laylat Al-Qadr occurs.

There are different meanings that explain the word Laylat Al-Qadr according to its significance and importance. The word “Qadr” itself holds a variety of meanings, and each meaning has its own significance.

“We have indeed revealed this (the Qur’an) in the ‘Night of Decree’. And what will explain to you what the night of Decree is? The Night of Decree is better than a thousand months. Therein come down The Angels and the Spirit by the permission of Allah, on every errand. Peace! It is until the emergence of dawn.”

This single night is worth of a 1000 months of reward in Islam. All good deeds and acts completed on this precious single night bring the blessings that are equivalent to, if you had performed that one deed or act for a thousand months or approximately 83 years.

“Whoever stood for the prayers in the night of Qadr out of sincere Faith and hoping for a reward from Allah, then all his previous sins will be forgiven”

During the night of Power our destinies are written for the next whole year. Who knows, what is written in our destinies for us or will we be blessed with another Ramadan again? This would be the night in which a person’s lifespan, sustenance, and other critical matters sealed for the next coming year. Even though, the pilgrimage of the pilgrim shall be decided on this night.

This auspicious night provides the great opportunity to pray and worship Allah (SWT) for the realization of one’s best dreams, as well as the prevention of one’s worst nightmares. This is that night when our next year’s decree is completely finalized. Laylat Al-Qadr is might be a signal for us that it is our final opportunity to make a change in our fate or taqdeer through our prayers and worships. The recording of our fate can be subject to change which the angels possess.

As the Qur’an states:

“Nothing averts fate except supplication. Prayers and Du’a on this precious night has the greatest power to change our Decree before it seals our fate for the next whole year.

The Story of Laylat Al-Qadr

There is a major event happened in the last ten nights of Ramadan Kareem is arrival of the Night of Decree, Power, or Destiny which is named as Laylat Al-Qadr. The Prophet Muhammad ﷺ used to go to Hira cave before His 40th birthday in solitude and meditate himself there in days and nights. In 610 CE, in the holy month of Ramadan, as usual the Prophet Muhammad ﷺ was meditating in the cave. When He ﷺ was visited by the Angel Jibreel. He issued a command and said to Prophet Muhammad ﷺ a word “Iqraa’ which means Read!” Then, Jibreel revealed the first verses of the Holy Quran to the Prophet Muhammad ﷺ.

All of this was happened on the Night of Laylat Al-Qadr. There is no doubt that this night probably be the greatest night in the history of all mankind. Laylat Al-Qadr is the night when Muhammad ﷺ son of Abdullah and the husband of Khadijah (RA) became the last Prophet and the messenger of Allah (SWT), The Prophet Muhammad ﷺ. Allah Almighty communicated His last message to mankind on that auspicious night. On this night, above from the seven heavens, Allah (SWT) sent down what is described as “The Guidance and Mercy” the last holy book the Noble Qur’an.

How to Seek Its Rewards?

As certainly Laylat Al-Qadr is the most significant and blessed night of the Islamic year. A person who misses this precious night has certainly missed a tremendous amount of reward and good. Don’t waste the precious time of this significant night on shopping, arguing and unnecessary socializing with people. This must be kept in mind that Laylat Al-Qadr is started from Maghrib. Suratul-Alaq was revealed on this blessed night and it begins with the command to read the Qur’an, and ends with the command to prostrate and draw close to your Lord. In this Surah, there is a Divine prescription for how should the night to be spent.

There are plenty of things you can do on this night to get closer to you Allah (SWT) and maximize our reward and blessings.

A’isha asked the Prophet ﷺ, “O Messenger of Allah! If I knew which night is Laylat Al-Qadr, what should I say during it?”

And he instructed her to say:

(O Allah! You are Most Forgiving, and you love to forgive. So forgive me)

How to observed last Ashra of Ramadan? Click on Link: https://www.fajarmag.com/wp-content/uploads/2021/05/last10-nights.jpg

Which personality disorder is most difficult to cure?
Is narcissist happier? Self obsessed people
To Top