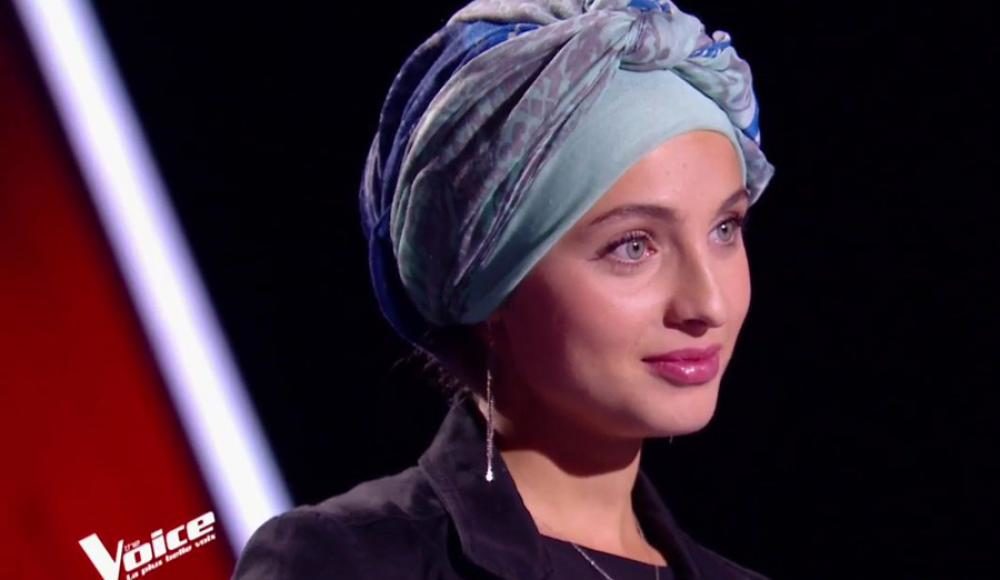 She was meandering in the super-store to discover the labeled stole of “Dolce & Gabbana” for the sake of becoming the most up-to-the-minute girl of the bash. The desire of having the most trendy impression, appalling mentality of dress to impress has underrated the insinuation and corollaries of clothing affect, not only to younger Muslim females but to the message and true import of the Hijab and Islam.

“Now women from all backgrounds and religions wear my clothes and turbans. Some collect my turbans,” she said. “It’s interesting to see … how it went from being seen as an object of oppression to a desired fashion item.” 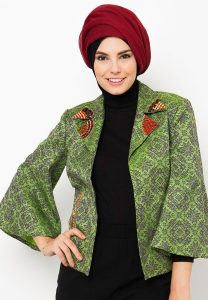 Religious obligation or a style statement:

Hijab has always been a symbol of excellence for Muslim Women. It is used as a means of veil from men with whom women have no family relation excluding sibling and parent. The fashion industry is constantly prosecuted of taking Muslim Hijab to new levels of glamour. Many World famous designers have come around with the modest needs of fashion industry. H & M has hired a HIJABI MODEL according to the new fashion trends. Dolce & Gabbana have released a peculiar collection of hijabs and abayas under their logo. This collection became such a viral that even non Muslims also expressed their desire to wear those appealing, well formed clothes. Girls and women passionately share their hijabi photos on internet inspired with recent trends.

Recent shift of covered up chics:

With time advancing, celebrities & style icons are being drawn to hijab. They embrace hijab as modest clothing, as an online trend. Stylish hijabi bloggers are notable to many. Acquainting hijab culture amongst young generation creates misconceptions. The digital world has brought us role models and influencer guarding our lives. Whether it is pop-star Katy Perry exhibiting Hijab like dress to a gigantic fashion event or Khloe Kardishian`s post on instagram. Fashion industry is now a day enormously soaked with hijabi icons.

“People love to feel modest and beautiful seeing other girls wearing hijab on instagram and other social media in a stylish manner encourages the young girls of the generation to start wearing hijab, because sadly in this generation most people role models are Kim Kardashian and Kylie Jenner”

Our concern is that Muslim Hijabista`s are opposing the way Hijab lies. So, it is no more a fundamental representation of Muslim`s hijab now. 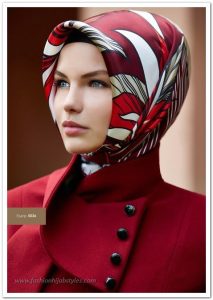 People who do not wear it label it as a traditional dress rather than a religious custom. Few women wear hijab because they feel social pressure to wear it and by doing this, they receive more trust within their families. This concludes a big reason of hijab trend in so many women in colleges and universities. So,   currently hijab is a new trend in the fashion world. The headscarf was previously never a fashion symbol but a representation of Islamic culture and religiosity. In modern era today, hijab practice is moving forward in fashion line.

Hijab as a symbol of oppression:

In the western world, women feel hurt by their exclusion from society, as they seek inclusion of their identities. The Islamic hijab has been mistaken as a symbol of oppression by the western world. They claimed them to be gun-toting terrorists by heart due to the fact that World’s leading newspapers frequently show covered women holding guns. The western world considers hijab-garbed women examples of state enforcement in societies like Saudi Arabia, Iran and Afghanistan. Young women wearing hijab these days still find difficulties on issues of racism and harassment like in earlier generation, but of a higher intensity. Many women are approached by strange people who are unhappy with their hijab, they face negative response from their fellows, which leads to crisis of self-respect and dubious identity of one’s faith. Across the World, Muslim women are proudly wearing hijab even in opposition to the wishes of their family.

An eye on Islamic Hijab:

Islam goes hand in hand with a character and needs of life of people. The religion sways it as a symbol of modesty. The word hijab in Quran refers to ‘a veil’ worn by Muslim women. Hijab in Islam is for elegance and dignity however, protection is the foremost thing. In texts of Hadith and Fiqh, Hijab considers covering everything except face, hands up to wrists and feet. People today cross sword it saying that Hijab in Quran is applied to Wives of Mohammad SAWW and not women generally.

In the verse regarding women’s hijab, in the Quran, Allah says to the Muslim Women:

Women in different vicinities of the world are most-often encountering unofficial pressures whether to wear or not wear hijab. Everybody is embracing headscarves today. Whether purposefully or not, but are we reflecting this phenomena as embodiment of Islamic culture or just a form of modern hijab fashion? This is where it’s not so black and white anymore. As women we all have the desire to dress to stun, but we must acknowledge the true meaning of hijab. The concern is that modern era is taking fashion world to pinnacle of materialistic trends. It speaks of self representation of a woman.

“In a world full of kardashians aspire to be like a Khadija.”

Regardless, we must question who we refer to as our influencers and role-models. Since politicians are also embracing this as a tool for show or a fake misleading symbol of activism. So, nothing is trouble-free. Hijab is an act of obedience to the laws of Quran and Sunnah. We, as a Muslim have an immense responsibility to maintain a positive image of hijab and to represent Islam to the best of our ability.

How to deal with stubborn Children
Is Tech Phobia A Syndrome To Isolation And Suicidal Epidemics?
To Top