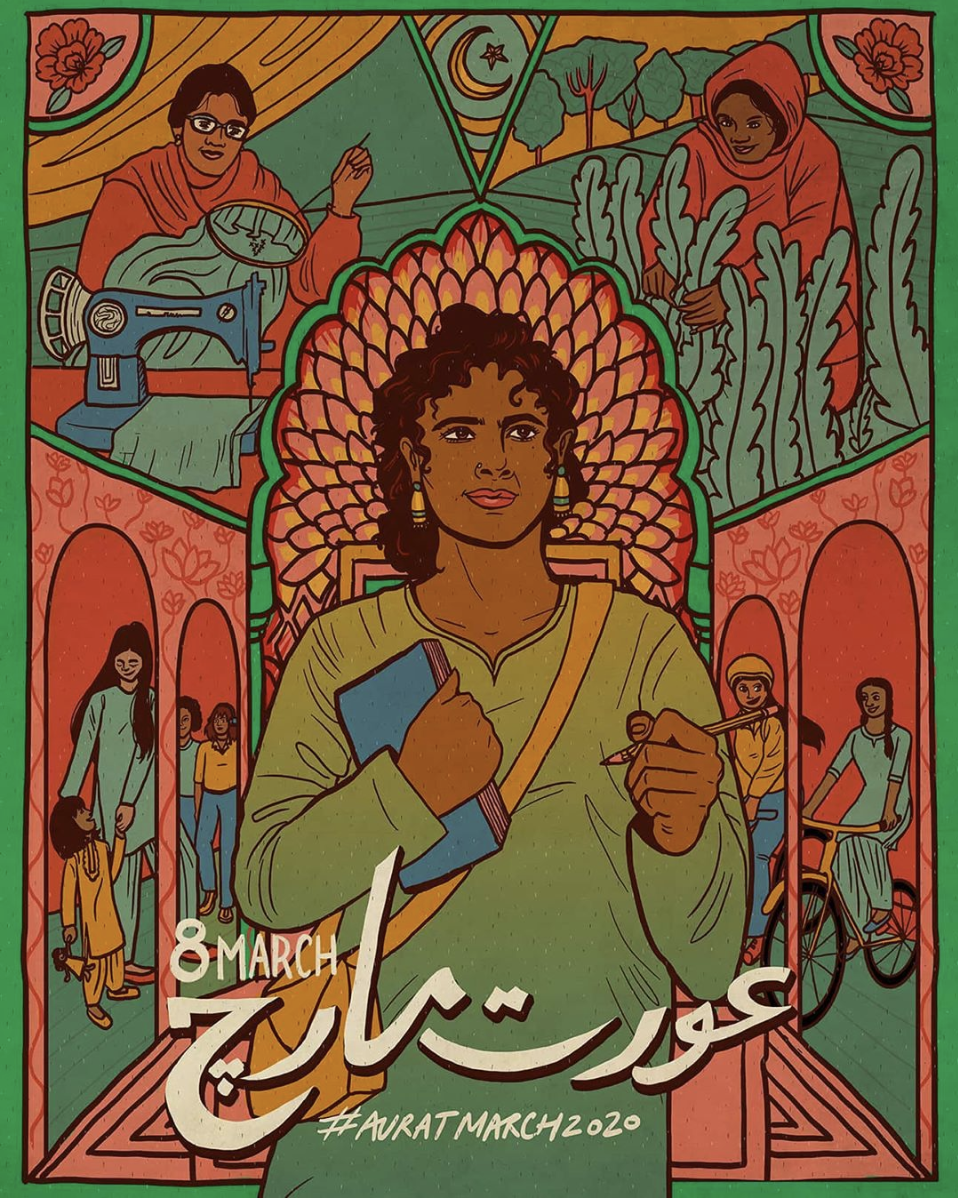 Last year Aurat March came under severe scrutiny and backlash from both supposed liberal and conservative camps of men and women who had various different approaches and view about the Aurat March movement. This year is no different; voices on both sides of the debate have grown louder in the lead-up. Instead this year the debate around Aurat march started a month earlier when a petition was signed against the famous slogan of the last march declaring it as invalid and claiming it to be an anti-Islamic slogan. The whole march has been made controversial declaring it a violation of our culture and norms.  Sadly, our entire social structure is built in a way that actually works actively against the vulnerable and weak whether they are women, children, religious minorities or any other marginalized group.

What is Aurat March?

On March 8, International Women’s Day, thousands of women in Pakistan came out and marched to show solidarity with their fellow women to push for accountability and restorative justice against violence, harassment, and injustice. The rally was called Aurat (Women) March. It was open to all and no organization or society tried to own it. The women gathered for the march under the banner of “hum Auratain” (we women), which is not an organization or group but a label which they have given to all women of Pakistan.

Aurat March started two years ago in Karachi and spread to the whole country this year. It has emerged as a new wave of feminism in Pakistan.

Aurat March have a manifesto in which they demand economic justice, implementation of labour rights and the Sexual Harassment Against Women in the Workplace Act 2010, furthermore it asks for recognition of women’s unpaid labour, and the provision of maternity leave and daycare centres to ensure women’s inclusion in the labour force.

The manifesto also focuses on climate change and how it affects women. Gender rights activists demanded access to clean drinking water and air, protection of animals and wildlife. Other demands also cover nearly every aspect of social justice: recognition of women’s participation in the production of food and cash crops, access to a fair justice system, equal representation of women with disabilities and transgender people, reproductive justice, access to the public, the rights of religious minorities, promotion of an anti-war agenda, and an end to police brutality and enforced disappearances.

Lots of controversies have surrounded the Aurat March. Here are few and my point of view regarding these claims:

Some people are saying why women don’t march for other real things as Islam has given all rights to women.

Agreed. Islam has given a lot of rights to women. None of the organizers or those who believe in this march has ever denied this for even a second. But the fact remains that despite the rights are given to women by our religion, brutal and terrible crimes are committed against the women of this country – rape, sexual harassment, honour killing, forced marriages, forced conversion, forced prostitution, denial of their right to inheritance and so on. Can anyone of these people who are so against the aurat march claim that none of the above-mentioned crimes happens in Pakistan because Islam has given all rights to women? Women and many men are simply marching and raising their voices because women are NOT getting their due rights which are promised to them by the constitution of Pakistan and yes, also by our religion.

Recently, a 14-year-old child gave birth to a baby girl as a result of constant sexual assault at her own home for days by 4 of her neighbours, a 5-year-old in Karachi was brutally raped, a 14-year-old child was forced into prostitution by her uncle and brother, a brother killed his sister and brother in law in the name of honour, a man killed his wife because the food she served him was not hot and the list goes on and on. Are these non-issues? They shouldn’t be discussed?

The Problems leading to the Fiasco:

The Role of the Media:

Lots of factors have contributed to making this march controversial. The irresponsible role of the media has been the biggest factor. Media only picked up the placards that could be manipulated like “mera jism mere marzi” and “apna khana khud garam kro”. If only media had been less biased and more supportive of the cause they would have noticed other important posters depicting issues like that of inheritance, education, poverty and equal pay rights. Those which demanded that defamation laws should not be used as a tool to silence women and those that talked about domestic violence to be criminalised, demanding anti-harassment laws and sexual assault be amended to include all genders to be complainants and concrete actions are taken to curb child sexual abuse and exploitation.

Lack of the Right Approach:

The factor that contributed most to this whole fiasco was the wrong use of language. I believe, women right is such a sensitive topic in this country that we can’t use vague language and expect people to understand its “correct’ meaning and context. Issues should be highlighted in the exact manner in the simplest language, which is not offensive to anyone because the idea of aurat march is not to spread hatred against men of the society but rather to make them realize the real issues women go through every day in their lives and to construct a safe and inclusive society for women, weak and marginalized.

Lack of tolerance among both the groups has also turned this movement into a mess. It’s high time when people should understand that there is a difference between freedom of speech and hate speech. It is okay to disagree and it is okay to have a different viewpoint. In fact, it is healthy to argue and have a differing opinion. However, it is NOT okay to threaten violence and give threats to the people supporting this march only because you don’t agree with certain posters, it is NOT okay to dismiss an entire movement led by the citizens of this country by saying they are following “western agenda” and are foreign-funded.

Similarly, if the other group find the language inappropriate and problematic, then for the sake of conveying the right message across the language should be reconsidered. The main goal of this movement should be to find the solution to these issues and not promoting hatred or heating debate among the masses.

“It is just the start of a new era. We need to be proactive, not reactive,”

I hope this year the Aurat March gets successful in conveying its right message across and next year more men and society as whole support women in asking for their due rights which are so ruthlessly denied to them.