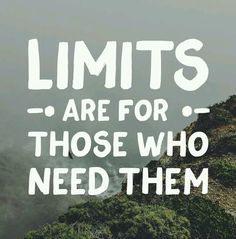 Nothing is impossible though impossible says it that I AM POSSIBLE. If we want to attain anything in this world, we have to test our limits. Not even a single thing comes without a hitch in our plate we have to earn it, we have to spare no effort for it and we have to be true to the end for it. For the reason that we live in a society, we all have a family and we have to survive between them. Every so often, we don’t have enough resources to earn our dreams as we are bounded with our difficulties. On the other hand, if we take an example from those people who achieved their goals also facing difficulties and troubles in their lives but never gave up. They stick to their dream or their cause and didn’t allow anything to come between their goals.

There are some personalities we all know who suffered a lot of problems in their lives but their dedication leads them to success. Like some are given below.

we all know about him, his journey and his achievements. Do you know he had learning disabilities? And at a point on some basis, his teachers thought that he won’t do some extraordinary in his life. He didn’t have a rich family or a high bank balance or anything that he needed to execute his goal. However, he struggled to it. He made a path for him and shines out like a star. He gave so much to his related field having all those difficulties that if any other person has to face those things, they might be giving up.

“Difficulties break some men but make others. No ax is sharp enough to cut the soul of a sinner who keeps on trying, one armed with the hope that he will rise even in the end.”

Nelson Mandela, everybody knows this name. Someone who stood up against the wrong and did extreme efforts for his race. He sacrificed his whole life for this cause that his people should get their rights. Although never gave up! He fought against all the odds and finally, the world realized that he is on the right side of the thought. Do you think it’s an easy thing to do? No its not! However his passion towards for his cause and for his people he racked up his desired goals.

“Think 100 times before you take a decision, But once that decision is taken, stand by it as one man.”

Quaid e Azam, our great leader who devoted his life for the cause of Muslim’s integrity, their rights, and their better future. The man who is the strongest pillar in the process of partition. He realized the Muslims that recognize yourself and your strengths. QUAID E AZAM had to suffer through a lot of things on this journey. JINNAH neglected his health and tried to work hard day and night for the sake of his people and for PAKISTAN.  And this is the result of his efforts that we are living in a free independent state and practicing our religious values easily.

Populace between these people

while reading above headings do you try to analyze the commonalities between them? What do you think if we say that we have to push our limits if we want to bring off something? There are some points that are common in all these three people and these things should be opted by all those people who want to get done anything in their lives. Because there are some pinpoints of everything or a particular path that has to be followed then it is easy to get there.

Never feel disheartened if you have to face rejection or you fail to do something in one attempt. So try to practice that again and again. Just try for that thing, again and again, one day you will definitely accomplish your desires. Because all these people follow this thing in their lives they didn’t give up on their cause if they once get a rejection or failed to do something. There is always a second chance.

“I am thankful for all of those who said NO to me. It is because of them I’m doing it myself.”

Set of values and obsession is the main drive

if you want to acquire something in life be passionate about it. Give your heart and soul to the cause. Set your values and work according to your rules. Don’t follow someone blindly. Just focus on your target. If someone says you can’t do that, prove them wrong. It is very important to have an obsession with your goal. Because that is the key to success.

mistakes are the best lesson. Always try to do new things don’t stop yourself once you have done something wrong. Practice makes a man perfect. keep this thing in your mind. Einstein also tried several times to come to a final result but never repeat the same thing in life once you have done and got that this is not right for your goal.

“In the middle of difficulty lies opportunity.”

self-realization is very important. But first, you have to judge yourself and your skills. What are your strengths? As long as you only gain anything when you are sure of what you are capable of. Then just focus on that, don’t distract yourself from that and work hard for that. Success will come to your way by its own.

“Don’t be satisfied with stories, how things have gone with others. Unfold your own myth.” ― Rumi, The Essential Rumi

Be positive and promulgate enthusiasm

being positive towards your goal is very essential. As a result of if you have doubts or conflicts in your head seems like then it is difficult to gain anything. If you are positive towards something only then you are able to realize this thing to others that be positive towards that. Sooner or later we will achieve what we want. But don’t lose hope and be positive in every step of your life.

“The more you feed your mind with positive thoughts, the more you can attract great things into your life.”

This quote says it all! Success belongs to those who have the courage to earn it. After reading the entire above thing, we come to this endpoint that, ALBERT EINSTIEN, NELSON MANDELA, AND QUAID E AZAM and many more people who follow through their goals and severed for the cause has one thing sure in their heads that NEVER GIVE UP! Never assume anything difficult or impossible. So if you think that your desire goal is difficult or impossible to achieve similarly so just focus on these personalities and encourage yourself then you will see everything falls on its place with time.

Tune-up before you missed the boat!
Living room paint color ideas brimming with character and get creative
To Top