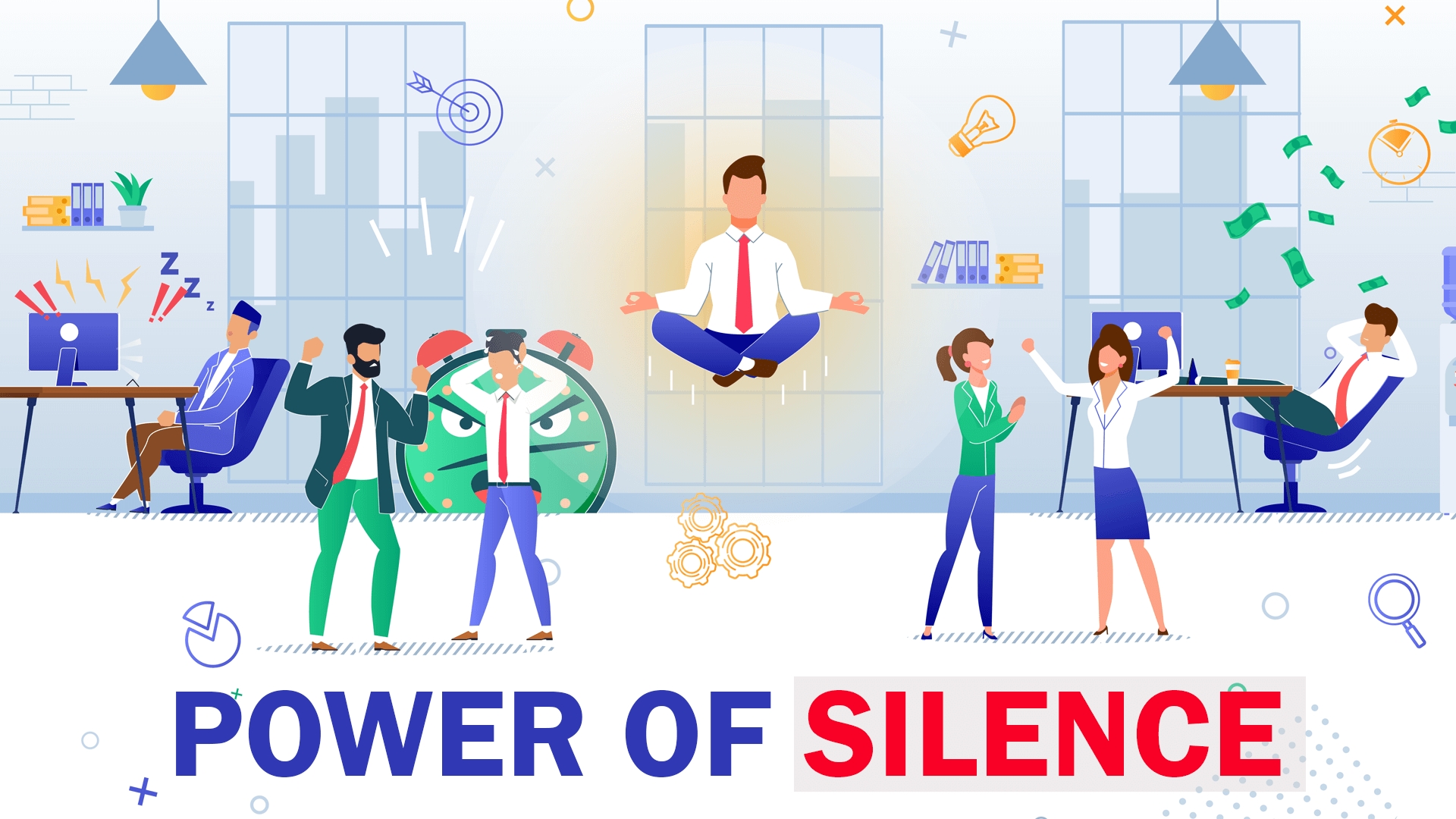 Nobody can read you this way, that is what makes you dangerous. Not a soul recognizes what you’ve planned or are thinking; making you incredibly unpredictable. Being quiet also helps you listen better and absorb more information while you think of a better way to use it instead of running your mouth all the time.

The less we talk and the more action we engage in, makes us seem much more significant, attractive, and might I add in control of ourselves rather than allowing others to dictate what they think we should be doing. Thinking things through with silence before responding or quickly acting allows us to be in control of our day to day lives. To not allow others to dictate or quickly manipulate our actions speaks “You’re not the boss of me” and I’ll decide when to move.

We all know about “Game of thrones”. Tywin is the perfect example. He mostly listens while others speak giving him an aura that speaks, I’m superior to you as people are wondering what he’s going to say or do. They also don’t know what he’s planned.

On the other hand Joffrey screams out loud I am the King. Tywin doesn’t need to say anything to show who’s powerful. He already knows he is. While Joffrey successively his mouth looks like a total idiot. Silence is what allows Tywin to set a frame. It expresses his charisma, confidence, and control of a situation.

It is a type of charismatic trait that introverts use to display their power and handling of a situation. Introverts tend to be great leaders thanks to this trait. Mature extroverts will typically prefer this over speaking too.

In some way, being quite is equivalent to keeping your mouth shut; not making your voice heard. But being silent is more about inflowing a sacred place within yourself. An inner reservation opens up when you are silent. Your mind calms down and is freed from the endless cycle of thinking.

One ‘s silence made him powerful in front of people Because no one Knows his/her plans, thoughts, feeling .so everyone gets anxiety and waiting for his words. The reason of this behavior is that either the person waits for his revenge to be taken by His God. Or he just forgives them with a big heart for great reward (heaven).

Do not do all the conversation, when you want to begin a relationship. Familiarize yourself, ask questions about the other person and listen. Study and try to learn round the other person. When the person apprehends you are listening to them, they will listen to you.

As soon you become silent, the faster you will get your answer. Most of people are embarrassed of asking a question and not discontinuing at the question mark.

The psychological benefits of experiencing silence; even when it makes us uncomfortable, can mean more purposeful living.

Being silent doesn’t work for a lot of situations. As a matter of fact, it can be damaging when it comes to relationships. Don’t get confuse between silence as a powerful tool and silence as harmful weapon (ghosting). It is considered rude behavior if you are ignoring someone by your silence. And human beings HATE being ignored. More than anything else typically

Generally, the absence of any kind of noise is known as silence. But in communication, we consider it as an absence of speech. It does not mean that the individual is not communicating with the other one. It is very powerful type of communication. But effective communication is the necessity of any relationship.

The meaning of silence differs on each event, depending on situation.

Silence can mean many different things.

Silence is extremely powerful for these reasons and many others.

Reasons to try silence in your daily communication:

In a classroom and situation when the speaker stops talking a signal goes to the brain that something has happened. Suddenly, you wage attention to try and discover why communication has stopped.

If we are in silence, we send a authoritative message that communicates that we don’t agree or are not going along with what someone is saying.

There are times in life where silence offers understanding and empathy to others. Occasionally, we don’t have the right words to communicate to someone who is struggling with a hurtful or sorrowful situation. We can show somebody we care and we are there for them without using words. We can offer comfort by our calming silence.

Maintaining inner silence is perfect surrender and perfect understanding. You don’t have to be perfectly good at it. But there’s nothing else that needs to be done. The more you practice silence, the more you are near to yourself.

when we are right why we should argue with someone?

Those who are wrong try to do everything against the truth, the insecurity create damage for their mental peace, they will look into someone else life to find mistakes. Such kind of people can’t be quiet, they spread rumors, try to defame other individuals, they create theories because they wanted to satisfy many others. Their life is not their own. When they live and find their own freedom? Because their autonomy is limited, it’s grounded on someone else activities.

Sometimes for me, silence means that I am tired of explaining my feelings. It is vehicle to take me to my innermost center, which is the place for all authentic practice.

Why is it so hard for some people to appreciate lives?
Why empathic people have a hard time letting go of narcissist?
To Top