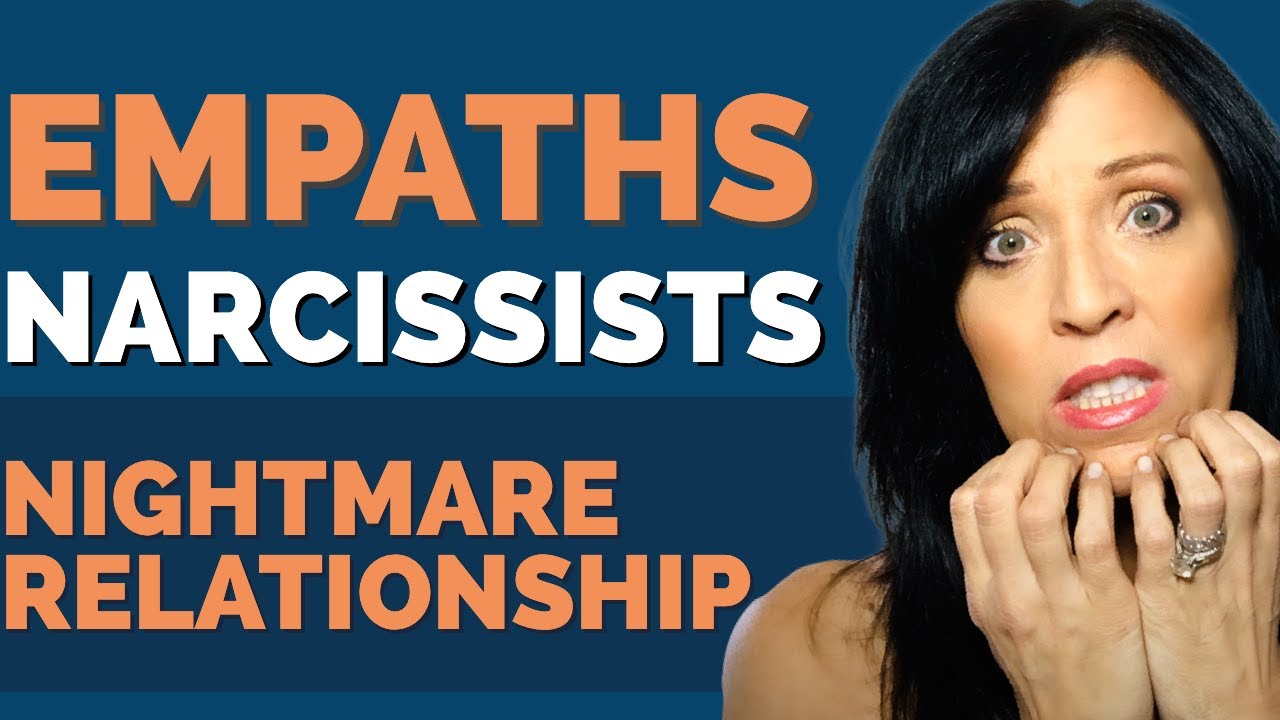 Empathic people in part became who they are due to some kind of shared heritage with narcissists. I think empathic people may not live in the same page as narcissists, nonetheless; they likely come from another realm of thought.

Empathic people apparently have a natural understanding of their narcissist relationship partners.  It is relatively easy for an empathic person to instinctually know how to let a narcissist save face and communicate with a narcissist via symbols, metaphors, and analogies which they seem to prefer.

The empathic spectrum is also important, which recommend what will happen.

Low cognitive functioning empath (codependent) will stay in the relationship. Yes, they see the problem is not them but rather taking the blows than fight back or step away.

Further on the measure, the empathetic people have greater narcissistic traits, but unstable because the emotional trigger and influence overtake the cognitive functioning. They become confused, fight and withdraw in random fashion. Highly probably discard from one or the other side as the codependency not that high and will break their chain or either both lives outside of relationship.

The high functioning empath sees everything.

If they detect manipulation or any negative intentions even it presented otherwise, they will act as nothing happened, noted the attempt, but not react upon. Keep stable and trying to drive the situation to pause, but does it calmly. The other in the state of collecting scores against themselves.

They do and they don’t. They hate them and love them for the precise same reasons that an empath loves the narcissist. Empaths have the one thing that narcissists know that they do not have and it isn’t something that they can buy, steal or get at a swap meet or Gucci store.

They are a well full of feelings. Empathic people are sensitive and emotional and caring and loving and they feel. Narcissists do not have these feelings and they want to experience it.

Empathic people give narcissists the thing that they want. This is why they love them so much and equally why they hate them. Once they realize that they cannot feel what an empath feels and they have adequately drained the empath of everything that was good inside, they begin to hate them. Almost suddenly the narcissist will go from deep love and admiration to hatred.

There are so many layers and theories behind this but in the end, they hate them because they want to be them.

It is important to understand that the empaths are not innocent in this dance. They want more than anything to not feel. It is a very sickening performance and both players play their part. In my experience, empath is the one who gets hurt the most.

My answer is maybe yes, they do have soul contract or maybe it is not a soul contract, but more like a magnetism, like Dracula to a blood bank. Narcissist prey on empaths because they see things in them, they do not have and try to pull that energy from them. And the empath is easy prey.

The contract does not end there, once the supply is over, they still have a feeling of ownership over the person they have just devoured and may return if their new supply is not as good.

The empath is left in the state of the narcissism looking in the mirror and not know what is the reflection or what is the real thing.

The empaths contract to that person is processed because of the love bombing and helpless feeling of losing themselves and being taken for a long horrible ride and much more. Empaths love to the bitter end and give everything that they have got, to please and help people they love.

Perfect for a narcissist, they create the contract after making sure you are the perfect empath prey for them. Some will eat and pitch you away and just move on like mine did Antisocial cluster b.

It is much better to be a narcissist, let me tell you, it draws to be an empath and have to be empathic all the time.

Why would not they able to exist without them? Narcissists did not create empaths. They certainly are capable of having our own mental and emotional autonomy outside of the narcissist’s sphere of influence. In fact, life is better, calmer outside of that sphere.

They didn’t create empaths, but I’ll tell you what narcissist did create. They created all of those nasty rumors about empaths. They created, gathered, adopted and spread all of that unnecessary hatred and lies that you frequently hear about empaths. For example, empaths are not capable of existing without narcissist. That is one of those lies that was, no doubt, created by the narcissist collective conscious.

I believe, mindful empaths may have an advantage in life if they can become aware and have some ability to contain if not control the incoming feelings and information.

But I do not believe that empaths cannot exist without a narcissist. That a narcissist created an empath. I believe empaths exist independently of narcissists. They do seem to meet a lot. But there can be one without the other.

All the foregoing issues are merely my lay person’s opinion which I feel may have some merit. With that as a background, I think empathic people by their nature want to see people they care about make the most out themselves.

Additionally, they take for granted their ability to without undue effort wrestling with trust, intimacy and fear of susceptibility issues. As a consequence of same, it is hard for empathic people to understand why dealing with said issues would be such an epic challenge for narcissists who always seem to be so close but yet so far.

Silence: Powerful tool
Are you running away from yourself?
To Top