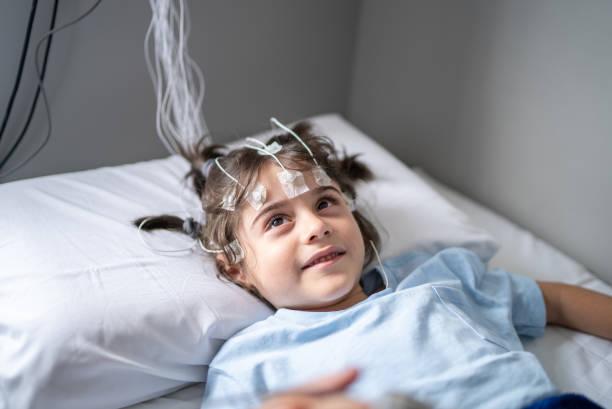 Tonsils and adenoids are a major cause of sleep apnea in children. While, removing them does not improve kids’ attention, memory, or learning abilities. Which is a common misconception about removing tonsils. However, it did help them with sleep, behavior, and quality of life.

How removing Tonsils can help with Sleep Apnea?

Earlier studies have found that sleep apnea is associated with mental problems. According to Redline, the most common mental health problems caused by sleep apnea in kids are:

Swollen tonsils and adenoids block a person’s airways and restrict breathing. Therefore, they are the major cause of sleep apnea in children. Redline explained Sleep apnea causes a drop in oxygen levels. Some experts have suggested that low oxygen levels may harm learning ability. Dr. Susan Redline said:

We thought that by opening the airway, we might be able to see greater improvement in these areas Redline explained.

How do parents react to removing Tonsils?

Removing the tonsils and adenoids in a procedure called an adenotonsillectomy. However, it doesn’t change memory and learning, she noted:

There have been parents who are worried about their children snoring and sleep apnea. They feel nervous that if they would not rapidly do the surgery they might be exposing their child to poor school performance. However, this study suggests that if a parent wanted to choose a more conservative approach of watchful waiting. There is no mental decline, she stated.

Children who are having behavior problems like; They are feeling sleepy, or waking up un-refreshed in the morning and dragging during the day. Such kids are much more likely to get a benefit from early surgery.

The report was published online on May 21 in the New England Journal of Medicine. This report coincides with its planned presentation at the American Thoracic Society annual meeting in Philadelphia.

This is another validation of adenotonsillectomy for the treatment of sleep apnea in children. We advise and recommend surgery for sleep apnea.

As for whether the mental function is harmed by sleep apnea, I think the verdict is still out on whether or not there are changes in attention-deficit [ADHD].

For the study, 464 children aged 5 to 7 years were randomly assigned to have their tonsils and adenoids removed or watchful waiting with supportive care.

To see whether the surgery improved learning and memory. The children were examined using the Developmental Neuropsychological Assessment test. The researchers found no significant difference in these test results between the children who had surgery and those who didn’t. However, children who had surgery showed considerable improvements. There was significant progress in behavior, sleepiness, executive functioning, and quality of life compared with children in the watchful waiting group. In addition, The study authors and researchers noted that almost half of the children in the study were obese or overweight.

Parents were asked to rate how well their children kept up with tasks.  It was examined how they got along with other children as well. Moreover, the angry outbursts or mood changes, and sleeping behaviors were also monitored. In addition, teachers also gave a brief of kids’ behavior in school. Adenotonsillectomy is the primary treatment for sleep apnea in children. According to the researchers, over half a million U.S. children have the surgery each year.