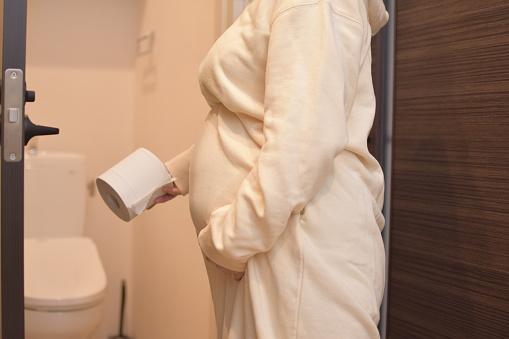 There are many pregnancy problems women have to deal with. The most common and disturbing problem during pregnancy is dealing with bowel issues. Nearly three out of four pregnant women experience bowel problems such as constipation and diarrhea, but these issues don’t significantly affect their quality of life, a new study finds.

A study about Bowel Issues during Pregnancy

Researchers from Loyola University Medical Center in Maywood noted that these bowel issues are due to physiological and hormonal changes that occur during pregnancy. Nutritional supplements that women take during pregnancy also can play a role. The study authors added that since women expect these problems to arise during pregnancy, they’re better able to tolerate them.

The study included 104 women in their first trimester of pregnancy. And 66 women in their third trimester. They completed two questionnaires. One questionnaire asked about the bowel disorders they experienced. The other questioned how these problems affected their quality of life. Specifically, the women were asked if their bowel issues made life less enjoyable. For example, this problem has affected what they could wear or eat. In addition, it was noted that bowel issues have made them feel embarrassed, vulnerable, angry, isolated, and depressed.

Bowel issues can affect the mother’s quality of life

On a scale of one to 100, with 100 being the least impact on quality of life, the women’s average score was 94.9. The researchers said two main issues had a measurable effect on the quality of life. Constipation and bloating reduced the quality-of-life score by approximately four points.

Study senior author Dr. Scott Graziano, associate professor of obstetrics and gynecology at the Loyola University Chicago Stritch School of Medicine, advises pregnant women to drink plenty of fluids and consume 25 to 30 grams of fiber daily. The study found that pregnant women consume only 16 to 17 grams of fiber a day. Stool softeners and suppositories are safe for pregnant women, Graziano said.

The study’s findings were presented earlier this month at the American College of Obstetricians and Gynecologists annual meeting in New Orleans. Data and conclusions from studies presented at medical meetings should be viewed as preliminary until published in a peer-reviewed journal.

Teen Birth Rates: The Surprising New Numbers
Underage Drinking: Will Today Be the Day Your Child Starts Drinking?
To Top