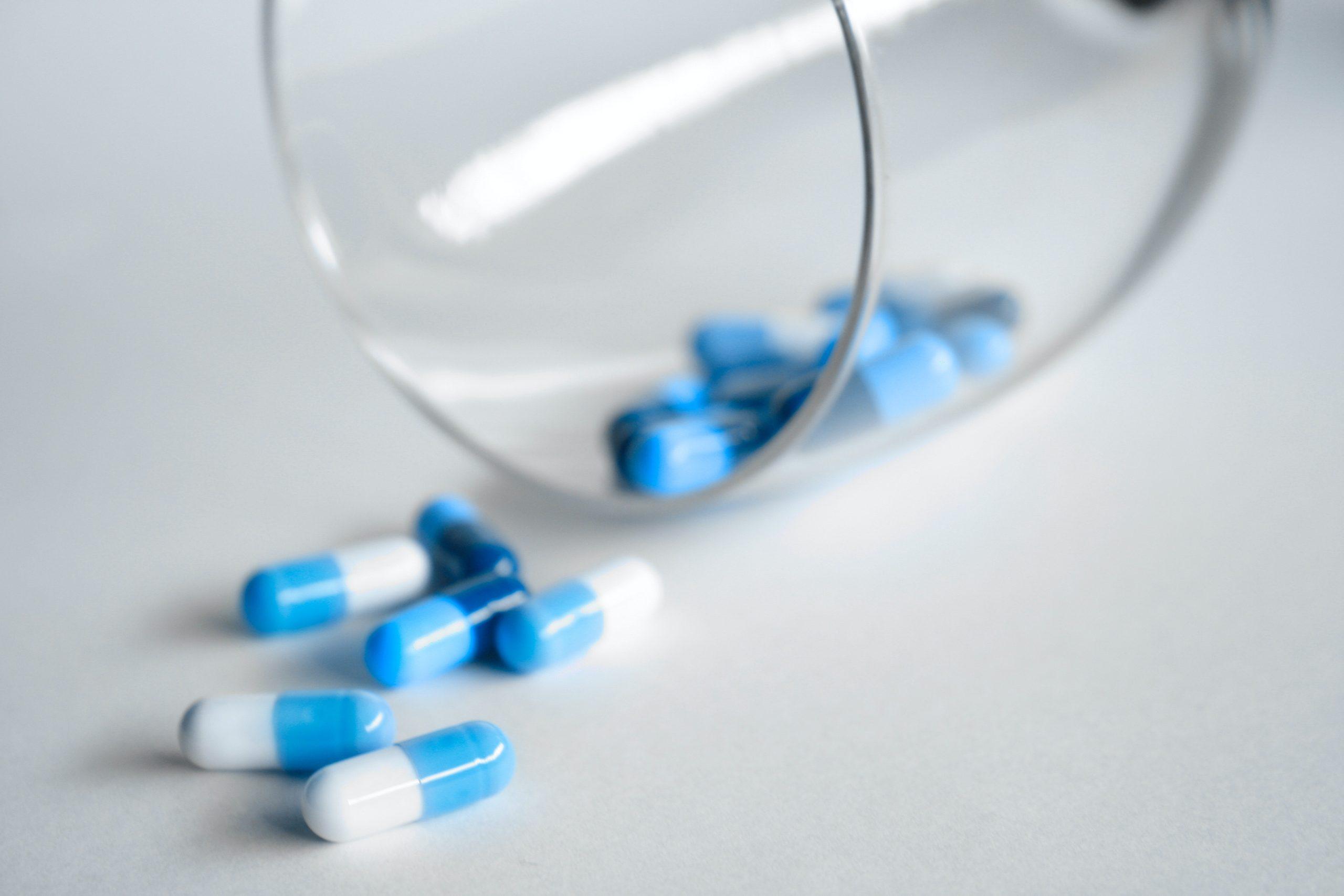 Antibiotics are compounds that can kill or retard the growth of other organisms. Filamentous fungi or Actinomycetes produce majority of the antibiotics.

Antibiotics can be derived from the certain microorganisms or many other living organisms. Scientists produce antibiotics on an industrial scale by using a fermentation process. Today, more than 10,000 antibiotic substances have been reported.

Related: Why Do Antibiotic-Resistant Bacteria Draw Our Attention?

Properties of the Microorganism

Properties of useful industrial microbe include:

Metabolites are the intermediates or the final products of metabolism process. The metabolites which are essential for the growth and maintenance of all the cellular functions are primary metabolites. These metabolites are formed during the growth phase, such as amino acids, carbohydrates, vitamins, nucleic acids, lipids, and enzymes.

These are the metabolites not required for the growth and maintenance of functions of cells. These may be the end products of primary metabolites, hence, are called secondary metabolites.

When did the production of antibiotics start? Its mass production began during World War II with streptomycin and penicillin. Now, industrialists produce most of the antibiotics with the help of staged fermentations in which strains of microorganisms producing high yields are grown under optimum conditions.

The microorganism (taken as a source) grown in large containers (maybe 100,000–150,000 liters or more) contains a liquid growth medium. Oxygen concentration, pH, temperature, and nutrient levels must be at optimum level.

Since antibiotics are secondary metabolites, their population size must be in control carefully. It will ensure that maximum yield will obtain before the cells die.

The fermentation process requires the following

1. A pure culture of the selected organism, in sufficient amount.

2. Sterilized, carefully designed medium for the growth of organism

3. A seed fermenter which is a mini-model of production fermenter to create inoculums to start the process in the main fermenter.

4. A production fermenter which is the large functional model.

Step 1 to 3 encodes the upstream and step 5 encodes the downstream of the fermentation process.

Use of Strains for antibiotics production

Primarily, species can be modified genetically to yield maximum amounts of antibiotics. Mutation introduces that often uses introducing mutagens such as ultraviolet radiation or x-rays. Selection and further growth of the higher acquired strains can increase yields by 20 times or more. Another technique to raise yields is gene amplification in which copies of genes coding for enzymes help in the antibiotic production.

Primary raw materials are the compounds that make the fermentation broth for antibiotic production. The broth is an aqueous solution consists of all of the ingredients essential for the reproduction of the microorganisms.

Trace elements essential for the proper proliferation of antibiotic producing microorganisms such as:

First, it involves identification of the organism to makes the antibiotic. Desired microorganism must then be isolated. Then the organism grows on a large scale enough to ensure the purification and chemical analysis of the antibiotic. It’s important to test the antibiotic against a wide variety of bacterial species. Industrialists maintain the sterile conditions throughout the manufacturing process as contamination by foreign microbes can ruin the fermentation process.

A) Starting a Culture

Before the fermentation process the desired microbe needs to isolate. Its number must increase by many times. A starter culture comes from a sample of previously isolated organisms created in the lab.

A sample of the organism can be transfer to an agar-containing plate. The initial culture then transfers back to shake flask containing nutrients necessary for growth. Suspension forms, which may, then, transfer to seed tanks for further growth.

The seed tanks are steel tanks that maintain an ideal environment for the growth of microorganisms. The seed tanks equip with mixers, which mix the growth medium with microbes, and a pump to deliver sterilized, filtered air. After about 24-28 hours, the material in the seed tanks transfer to the primary fermentation tank.

Related: What is the Cultivation method of Bacteria?

The fermentation tank is able to hold about 30,000 gallons. Microorganisms allow to grow and multiply. During this process, they excrete large quantities of the desired antibiotic.

These tanks then cool to maintain the temperature between 73-81° F (23-27.2 ° C). It agitates constantly, and a continuous stream of sterilized air pumps into it. Anti- foaming agents periodically enter.

Since pH control is compulsory for optimal growth, acids or bases may add to the tank as required.

After 3-5days, the maximum amount of antibiotic will produce. The isolation process can begin. The isolation depend on the specific antibiotic produced, the fermentation broth processes by various purification methods.

For antibiotic compounds that are water soluble, an ion-exchange method process for purification. The compound first separates from the waste organic materials in the broth. Then sent through equipment and separates the other water-soluble compounds from the desired one.

Industrialists use solvent extraction method for the isolation of oil soluble or organic antibiotics. They treat broth with organic solvents, such as butyl acetate or methyl isobutyl ketone, which can dissolve the antibiotic.

The dissolved antibiotic needs to recover using various organic chemical means. At the end of this step, a purified powdered form of the antibiotic is available which can further refine into different product types.

Antibiotic products can take on several different forms. People may sell in solutions for intravenous bags or syringes, powders, or in pill or gel capsule form. These all forms, no doubt includes wholly incorporation of the topical ointments.

After the initial isolation, various refining steps may include, such as

Is it important to control quality?

Quality control is highly important in the production of antibiotics. Since it involves a fermentation process, it ensures that absolutely no contamination is present at any point during antibiotic production.

During manufacturing or processing, the quality of all the compounds must be checked on a regular basis. There must be frequent checks of the condition of the microorganism culture during fermentation. Various physical and chemical properties of the finished product observe such as pH, melting point, and moisture content.

Penicillin was the first important commercial antibiotic product. By an aerobic, submerged fermentation, it produced.

The fungus Penicillium chrysogenum produces Penicillin. The process requires lactose, other sugars, and a source of nitrogen (in this case a yeast extract) in the medium to grow well. Like all antibiotics, penicillin is a secondary metabolite, so will only produce in the stationary phase.

Batch fermentor is a sort of fermenter it requires. A fed batch process is a growth limiting nutrient that can prolong the stationary phase and, so increase production.

The downstream processing is comparatively easy since the secretion of penicillin into the medium. There is no requirement to open the fungal cells. However, the product must be pure, since it being used as a therapeutic medical drug. The antibiotics, then, need to be dissolved and then precipitated by potassium salt to separate it from other substances in the medium.

Related: What are the Biochemical Activities of Bacteria?

16 Best Software Development Blogs
Myths And Facts About The Blackhole.
To Top