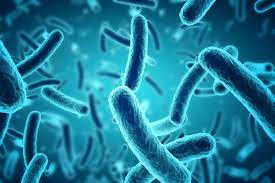 Bacteria carry out their several biochemical activities like growth, multiplication by using various raw materials including nutrients, acquired from the environment. The biochemical conversions that may occur both inside and outside of bacteria are controlled by the biological catalysts known as enzymes.

Fermentations are biochemical reactions in which energy is produced. In these reactions, organic molecules function as both electron acceptors and donors. The capability of bacteria to ferment glucose (carbohydrates) and the types of end products produced are functional in identification.

For example, if liquid culture medium cultivates the fermenting bacteria containing the carbohydrate glucose, they will secrete organic acids as consequence of the fermentation. The acids are liberated into the medium and reduce its pH. When a pH indicator like bromcresol purple or phenol red is added in the medium, the acid may change the color of medium from its original color to yellow.

What are the biochemical tests of bacteria?

As fundamental functions of bacteria differ from one type of organism to another, a few biochemical properties can be used for the characterization of bacteria including:

Why Biochemical Tests of Bacteria Are Performed?

Biochemical tests minimize the time required for bacterial identification. They lower the costs and optimize the accuracy of characterization of a sample. Bacteria require specific metabolic activities and rely on different enzymes to fulfil those needs. Several enzymes, like catalase, urease, oxidase, and tryptophanase can be used for the identification of bacteria.

Catalase test is very important test in differentiating staphylococci (catalase-positive) from streptococci (catalase-negative). An enzyme Catalase  is produced by bacteria that respire using oxygen, and protects them from the toxic by-products of oxygen metabolism. Catalase-positive bacteria ( staphylococci ) include strict aerobes as well as facultative anaerobes, although they all have the ability to respire using oxygen as a terminal electron acceptor. Catalase-negative bacteria( streptococci) may be anaerobes, or they may be facultative anaerobes that only ferment and do not respire using oxygen as a terminal electron acceptor (i.e. Streptococci)

Procedure: Using a sterile loop, collect a small sample of the organism from the culture tube and transfer it to the slide. Then, put the slide in the Petri dish. Place one drop of 3% hydrogen peroxide on the sample. Do not mix. Put a cover on the Petri dish to enclose any aerosols. Now, notice the immediate formation of bubbles.

The urease test is used to identify the organisms that are capable of hydrolyzing urea to produce ammonia and carbon dioxide. It is primarily used to distinguish urease-positive Proteus  from other Enterobacteriaceae.

The ammonia produced, however, raises the pH of the media i.e. media becomes more alkaline, and makes the indicator present in the media (Phenol red) to turn its color from a yellow-orange color to a hot pink color. A hot-pink color is a sign of a positive test for urease.

The purpose of performing Oxidase test is the identification of organisms that produce enzyme cytochrome oxidase.

Procedure: Place filter paper in Petri dish. With a sterile loop, obtain a heavy loopful of the first test organism and gently smear it on the filter paper. Add on the test organism, one or two drops of p-amino dimethylaniline oxalate reagent. Now, observe the organism for the appearance of a purple color within 30 seconds of contact with the oxidase reagent, indicating a positive test.

TSIprovides information about sugar fermentation and the possible by-products produced by the organisms tested. Three sugars are detect, glucose, lactose, and sucrose are present in the media at different concentrations (Glucose at 0.1%, Lactose at 1.0%, and Sucrose at 1.0%).

Fermentation is an anaerobic process. As a result of fermentation of sugar, an acid end-product is produced. An indicator (phenol red) is again added in the media as a pH indicator. It will turn from red to yellow under acidic conditions.

Some bacteria can release hydrogen gas (H2) as a by-product of fermentation as well. Also present in the media is ferrous sulfate, which will react with any hydrogen sulfide (H2S) produced as another possible by-product to form a black precipitate (ferrous sulfide). Black precipitates will only observe in the butt of the tube because H2S production is an anaerobic process.

Results of the TSI Test

The results of acid and alkaline in the slant are observed first, and after that, butt results will be recorded; such as K/A would be called as ‘K over A’ and ‘alkaline over acid’ and label it as a slant containing alkaline solution and butt containing acid.

When the agar with lower concentration solidifies, this is usually less gel-like and more fluid moving bacteria with flagella to flow into the surrounding media. Consequently, a major reagent, Triphenyltetrazonium chloride, or TTC, is added in order to notice the motility more visual in the tube. TTC has no color and it is soluble when oxidized but insoluble and dark red in color when in reduced state. Any metabolic condition, in which energy is utilized for flagellar movement, will lower the TTC, result in red appearance, and the lower TTC in areas where motile bacteria are available.

These tests classify the Enterobacteriaceae into two main bacterial groups:

Indole test is performed for the manufacturing of the enzyme tryptophanase. This test also proves whether the organismcan release tryptophanase enzyme or not.

If the organism can produce tryptophanase and break down tryptophan to Indole, then Indole will react with Kovac’s reagent (p-dimethylaminobenzaldehyde) forming a pink-colored chemical complex.

You can use commercially prepared slides impregnated with Kovac’s reagent.

A large number of organisms release acid from the metabolism of glucose (fermentation) in a quantity enough to change the pH of the media to at least 4.4. Typically, they are stable acids and cannot be metabolized again.

Some bacteria release organic acids as a result of glucose metabolism. They further metabolize these acids resulting in multiple neutral end products, such as acetoin, and 2,3-butanediol.

Initially, there is a drop in pH inside the MRVP broth. But the neutral end product increases the pH ensuring that the methyl red test will be negative.

A-naphthol is added in the solution to indicate the presence of acetoin, and 2,3-butanediol. This further reacts with the two neutral products to make a mahogany red color.

Citrate can be used as a carbon source by some bacteria. An agar medium with citrate and the pH indicator (Bromothymol blue) are used in citrate test. At the pH, the color is blue-green of the un-inoculated medium.

If the organism can utilize Citrate as a carbon source the breakdown of citrate releases bicarbonate ions (HCO3–) into the medium. The bicarbonate ions increase the pH of the medium more than 7.4 pH. As a result, Bromothymol blue indicator turns to dark blue in color.

What is a solar eclipse?
What causes the day and night cycle on Earth?
To Top