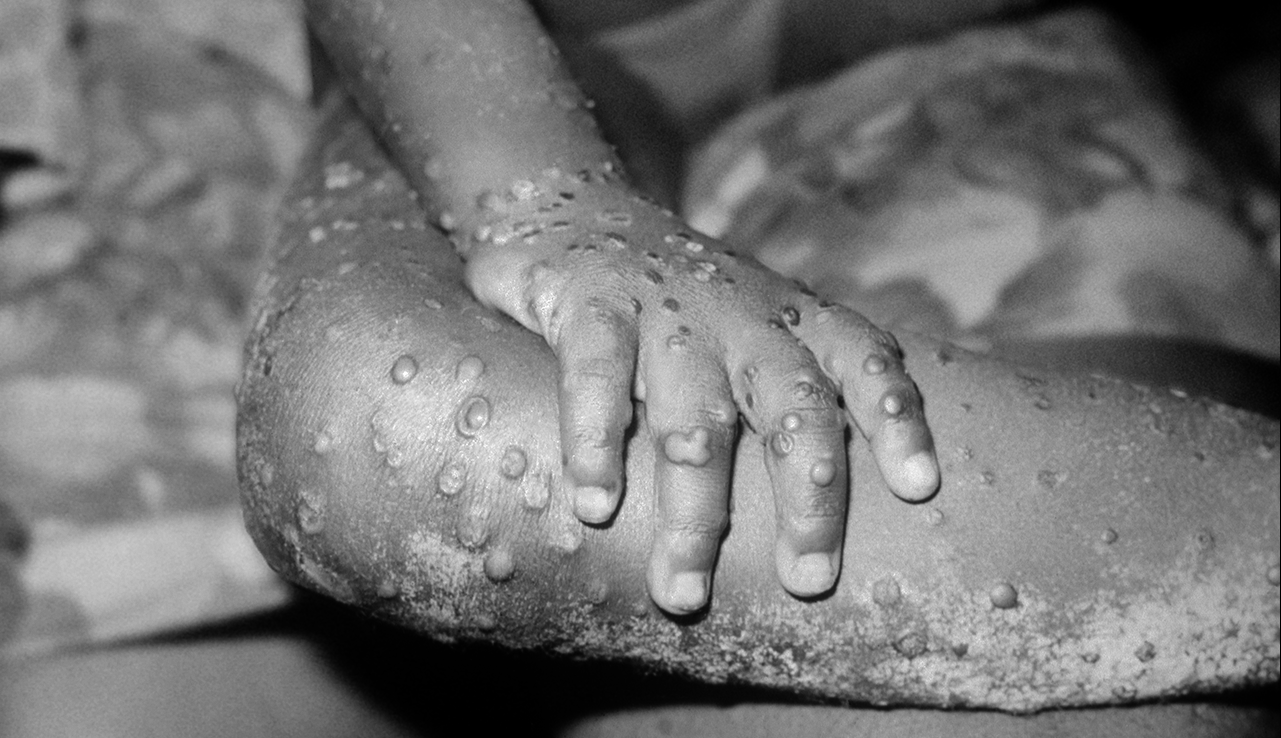 Monkeypox is a viral zoonotic disease. It is an infectious disease caused by the monkeypox virus and identified as the most important orthopoxvirus infection after the eradication of smallpox. Let’s find out, Is Monkeypox dangerous or not?

Symptoms of monkeypox start with fever, headache, swollen lymph nodes, muscle pains, and feeling tired. The duration from exposure to onset of the virus symptoms is typically 7 to 14 days taking two to four weeks. Its causes may be deadly, especially in children, pregnant women, or people with compromised immune systems.

Where Monkeypox is commonly found?

The first known case of the current monkeypox outbreak was found in the UK in a person who traveled to Nigeria. Later cases had no connection to the first one. Those infected did not travel to where monkeypox is endemic.

It’s under examination why a notable proportion of early monkeypox cases were among those people who self-identified as bisexual or men who have sex with men since the virus is not known sexually transmitted. Doctors from the US described its spread in a statement as “rare and unusual.”

How does monkeypox spread?

If you are infected with monkeypox while having symptoms that normally last for between two and four weeks. You can develop monkeypox through physical contact with someone who has signed. The lesions and bodily fluids like fluid, pus, or blood from skin rashes and scabs are certainly infectious. Bedding, clothing, towels, or objects like eating dishes that have been infected with the virus from contact with a contaminated person can also infect others.

Lesions, ulcers, and sores in the mouth can also be harmful. It means that the virus can also spread through saliva. If you closely come into contact with someone who is infectious, such as health workers, household members, and sexual partners, then you are at greater risk for infection.

The virus can also spread to the fetus from the placenta if you are pregnant. It can also spread from an infected parent to child during or after birth. Unlike the COVID-19 virus, which is deadly and highly contagious, monkeypox doesn’t usually spread easily if you take precautionary measures. Monkeypox virus spreads through the large respiratory droplets when coming in close, direct, or indirect contact with skin rashes, lesions, or bodily fluids.

The condition of the disease can be severe in some cases. The overall proportion of people that die from monkeypox ranges from 1% to 10% depending on the strain. The two basic strains are the Congo Basin clade and cc.

The West African clade strain is associated with a lower risk of death around about 1%. There are several important considerations with the monkeypox virus that means you do not need to overreact. It is relatively difficult to spread, and if you already have great vaccines you are safe as several potential treatments are also available.

What are the symptoms of monkeypox?

Symptoms of monkeypox typically include:

The rash usually develops within one to three days of the breakdown of a fever. Lesions are normally flat or slightly raised, full of clear or yellowish fluid. These lesions can crust, dry up, and fall off. Their number of lesions can vary from a few to several thousand. The rash tends to appear more on the face, palms of the hands, and heels of the feet. Otherwise, they appear on the mouth, genitals, and eyes.

Symptoms of the disease last between 2 to 4 weeks and usually diminish on their own without treatment. If you think you have signs that could be of monkeypox, visit your health care provider. Let your doctor know if you have had close contact with someone who has been diagnosed with monkeypox.

How to Diagnose monkeypox?

Diagnosis at the clinic level must identify rash illnesses, like chickenpox, bacterial skin infections, scabies, measles, syphilis, and medication-associated allergies. Diagnosis of monkeypox requires testing for the virus. During the prodromal stage of monkeypox disease, Lymphadenopathy can help distinguish monkeypox from chickenpox or smallpox.

The preferred laboratory test for the monkeypox disease is Polymerase chain reaction (PCR) which involves testing of samples from skin lesions. It is usually inconclusive as the virus does not remain very long in the blood. Information requires on the date of onset of fever, date of specimen collection, date of onset of rash, current stage of rash, and patient age for the appropriate interpretation of the test results.

Who is at higher risk to get monkeypox?

Primarily, the risk of monkeypox may not limit if you are sexually active or if you are a man having sex with a man. Also, if you go through close physical contact with someone who is infected with the virus. Having symptoms that can be monkeypox requires instant consultation from a health care provider.

Several monkeypox cases that have been reported from non-endemic countries have been found in men who have sex with men. These cases were present at the sexual health clinics. The reason for further increasing cases of monkeypox is those communities in which men are having sex with men, maybe due to the positive health-seeking behavior in this demographic. Rashes of monkeypox can come across some sexually transmitted diseases, such as herpes and syphilis. It may explain why monkeypox cases are being checked at sexual health clinics.

Is there a vaccine against monkeypox?

There are various vaccines found for the prevention of smallpox that also provide some protection against monkeypox. MVA-BN, also known as Imvamune, Imvanex, or Jynneos is a newer vaccine developed for smallpox. This vaccine was approved in 2019 for the prevention of monkeypox, but it is not widely available yet.

Currently, there are no particular treatments available for monkeypox, but its outbreak can be controlled. The treatment was originally approved as a defense in case of a biological attack. The smallpox virus is associated with the orthopoxvirus family and shows significant similarities with an old enemy of humankind: smallpox.

As compared to the smallpox virus, the monkeypox virus is less deadly. The two viruses resemble that the treatments developed against smallpox can also be treated for monkeypox. Smallpox vaccine, cidofovir, ST-246, and vaccinia immune globulin (VIG) are used to control a monkeypox outbreak.

The latest drugs approved by the FDA for the treatment of smallpox are Tpoxx (generic name: tecovirimat), made by Siga Technologies, and Tembexa (generic name: brincidofovir). Both these drugs are antivirals and thus, monkeypox patients can also use them.

How can you prevent the monkeypox virus?

A smallpox vaccine mainly provides a cure against monkeypox. But, currently, its use is limited to people only who are working in a lab with the variola (smallpox) virus. Prevention is based on minimum human contact with infected animals and controlling the person-to-person spread. You can avoid the monkeypox virus in the following ways:

Related: Top 10 Diseases In The World

Anger: An Extremely Strong Emotion
All You Need To Know About Gastric Cancer
To Top