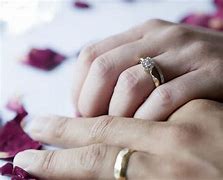 In a cousin ​​marriage, both the husband & wife are cousins either first cousin, second cousin or third and fourth cousin. With the advancement of technology, recently few questions are raised is cousin marriage dangerous? What are the dangers of cousin marriage? Are their children more likely to have genetic defects? If we have a basic knowledge of the science of genetics, the answer to this question becomes a little easier to understand.

Historically, cousin marriages have been common in every part of the world. In the past, the means of transportation were so limited that dating was limited to a few miles. When it comes to finding a mate, usually people from your own family are available. So, it was common to marry first cousins ​​and second cousins.

Children Inherit Traits from their Parents

We should also understand the basics of human DNA to further strengthen our argument that cousin marriages can be dangerous.  The zygote formed during pregnancy from the mother’s egg and the father’s sperm is a single-celled organism. This is called a stem cell. This cell contains a nucleus.

When you enlarge the chromosome under a microscope, you will see a series of spiral objects. Which we know as DNA. We call a small piece of DNA a gene. The human genome has 46 chromosomes. There are 20,000 genes … and 3 billion pieces of information in one human genome. Chromosomes, genes, genomes, DNA, all of these together record human characteristics and genetic information. The genome is a recipe book and the gene is a recipe. The genome determines what our entire structure will look like. And genes carry information stored in DNA to make every part of the body. Our teeth, eyes, colour, weight, height, all these are the work of genes. Genes work to make proteins, and proteins make the human body. Which genes have been altered or mutated determines which part of the body did not heal.

Many people defend cousin marriage because there is no history of disease in their genetic predisposition in their family. So, cousin marriage in their family is not likely to cause genetic problems in children. But this argument is not correct. There are certain conditions known as ‘recessive‘ conditions. These are caused by inheriting two copies of a gene each of which carries a mutation. It seems we may each carry about 12 mutations associated with recessive conditions. There are about 3.5 thousand recessive conditions, most of them very rare. So the chance of both partners carrying a mutation in the same gene is low.

The possibility of a genetic disease does not necessarily mean that the parents have an apparent genetic disease. Cystic fibrosis, for example, happens due to a defect in the CFTR gene. But the disease appears only if the mutation is there in both copies of that gene in one’s DNA. If there is only one copy, the person does not have cystic fibrosis. But such persons will be considered carriers of the disease. If the carrier of the mutated CFTR is married to a person who does not have this mutation, children have zero chance of developing the disease. But if both spouses have the same mutation, then children have a 25 per cent chance of developing the disease. This will be one in four risks of an affected child each time they conceive a child. It makes cousin marriage dangerous.

The Possibility of Genetic Disease Increase with Each First Cousin Marriage

Genetic Testing to Determine the Risks in Cousin Marriage

Couples should go for genetic testing prior to marriage to determine if cousin marriage is dangerous. To prevent and treat the next generation of disabilities, genetic/ hereditary & chronic diseases, doctors perform genetic testing. It assesses the possibility of relatively common genetic diseases in children. https://www.fajarmag.com/genetic-testing-and-its-types/

Genetic testing involves taking a sample of our blood, saliva, sweat or a single cell to study DNA. It also studies how our body is functioning. Genes are just a fragment of DNA. This test determines which genes have a mutation or do we have any sleeping cancer, haemophilia, thalassemia or cystic fibrosis. Genetic testing also tells which gene can wake up in our children when we are fine. Or can our children can get these diseases. This also talks about how it can change our own bodies. Genetic testing is to anticipate an illness or seek genetic counselling from experts. This helps in the prevention of the transmission of genes to the next generation.

According to the World Health Organization, 15% of the world’s 8 billion people, suffer from some form of disability. Out of one billion, 490 million are hearing-impaired and affected worldwide. According to a report published in 2018 by WHO, the world’s population will exceed 10 billion by 2050. There will be 1.5 billion hearing-impaired people. Where 1 billion people worldwide are special. At the same time, scientists having intelligence are working day and night to protect their next generation from disabilities.

Scientists are making efforts to somehow prevent disability before it occurs because many diseases and disabilities are still incurable today. Human genetics plays a key role in this prevention. Geneticists are trying to protect the human body from viruses, chronic diseases, infections, life-threatening diseases and disabilities. By conducting new experiments and observations in the field of genetic testing, they save many lives.

Of course, genetic testing can help diagnose and treat any problem. But we cannot say that it is 100% correct. There are trillions of trillions inside DNA and genes. Which the human intellect will still be able to solve millions of years later. Did you know that some human genes are also present in other animals and plants? This means that life began trillions of years ago with a single cell. That is why the whole universe came into being. In genetic testing, scientists study the parts of the protein-encoding, exome. After examination, they determine if it can affect our health or our children in some way.

Gender-based violence and factors involved in it:
Human Hibernation: Can a Person Sleep for 309 Years?
To Top