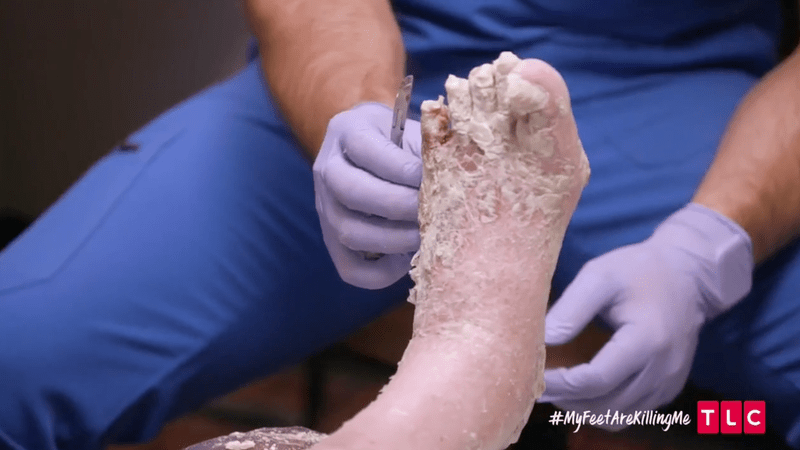 Anyone who has ever wrestled with athlete’s foot knows there is something about feet that fungi seem to like. But scientists now have the first detailed “map” of the fungal groups that live on your skin — and, yes, your feet are the hottest neighborhood.

It’s no secret that the human body is awash in microscopic organisms, such as bacteria, viruses and fungi, both outside and inside. And it’s mainly a friendly relationship that helps your body run smoothly and ward off disease, including infection with harmful microbes.

In fact, “it’s because of these relationships that we’re here,” said Dr. David Relman, a professor of microbiology and immunology at Stanford University School of Medicine in Palo Alto, Calif. He was not involved in the study.

Microbes “evolved with us,” and are part of humans, said Relman, who is also president of the Infectious Diseases Society of America. But until now, relatively little has been known about the fungal “communities” that dot the landscape of people’s skin; scientists have much more information on bacterial residents, which are easier to study.

The new study, reported online May 22 in the journal Nature, took advantage of DNA-sequencing technology to analyze the fungi on 10 healthy volunteers’ skin.

The result is a “much broader and deeper assessment of fungal diversity than we’ve had before,” said Relman.

And it turns out that the most diverse fungal communities are on the sole of the foot under the heel, around the toenails and in the webbing between the toes.

On one hand, that’s not surprising because the feet are a common site of fungal infections, said researcher Julie Segre, a senior investigator at the U.S. National Human Genome Research Institute.

Those infections include toenail fungus and athlete’s foot. But there are plenty of other fungal infections, too — including jock itch, yeast infections, ringworm (which can affect any area of the skin) and dandruff (which can be caused by an overgrowth of a yeast-like fungus that lives on the scalp).

It’s not clear why feet are special, Segre said. “But it probably has to do with temperature and the exposures our feet have,” she explained.

“The feet are unusual,” Relman noted. That, he said, is because other than your hands, your feet have the most contact with the outside world; but when they’re not touching your surroundings, they are stuffed inside socks and shoes.

“They’re enclosed in this tight container called the shoe,” Relman said. “And it gets hot and humid in there, which are the conditions that fungi like.”

He said it would be interesting to study other cultures where people keep their feet free of heavy shoes, to see if there’s any difference in foot fungal diversity.

And what is the significance of this community diversity? It’s not clear.

There was one volunteer in the study whose feet had a particularly broad range of fungal types. And that person had been treated for a toenail infection seven months before the study, with a two-month course of oral antifungal medication.

The researchers don’t know if that volunteer had the wide variety of fungal residents first, and that somehow led to the toenail infection. If so, that would be the opposite of what’s seen with bacteria, Relman noted.

“From other studies, we know that low diversity [in bacteria] seems to be a risk factor for infections,” he said.

Another possibility, according to Relman, is that using antifungal medication opened up real estate for a wider range of fungi to gain a foothold. He said future studies need to look at whether overuse of antifungals — particularly the topical ones available over-the-counter — spells trouble for the natural fungal makeup of your skin.

It’s already known that improper use of antibiotics, which kill bacteria, can create resistance problems.

Segre said there’s a need for long-term studies that follow the same people over time. That way, researchers can see whether greater fungal diversity precedes infections, or vice-versa.

Fungal infections are very common. About 20 percent of the population gets toenail infections alone, according to the American Orthopedic Foot and Ankle Society. And those infections are often tough to treat, and tend to recur.

Relman said research like this could help uncover the reasons why some people are vulnerable to recurrent fungal infections, while others aren’t. And that understanding will hopefully lead to better treatments, Segre said.

In general, getting to know the microbe communities that dwell on and in humans can only be a good thing, according to Relman.

“These communities aren’t random,” he said. Like humans, microbes form groups to help each other survive. And the various bacterial and fungal communities on the human body actually communicate with each other, and with your own cells.

“They learn to live together,” Relman said. “And that depends on chatter.”

If the idea of existing as one with chattering microbes is unsettling, Relman stressed that it’s a mostly beneficial arrangement. It’s only when the system breaks down that your health may suffer.

Got Bunions? Those Heels May Not Be to Blame!
Doctors Use 3-D Printer to Save Baby
To Top