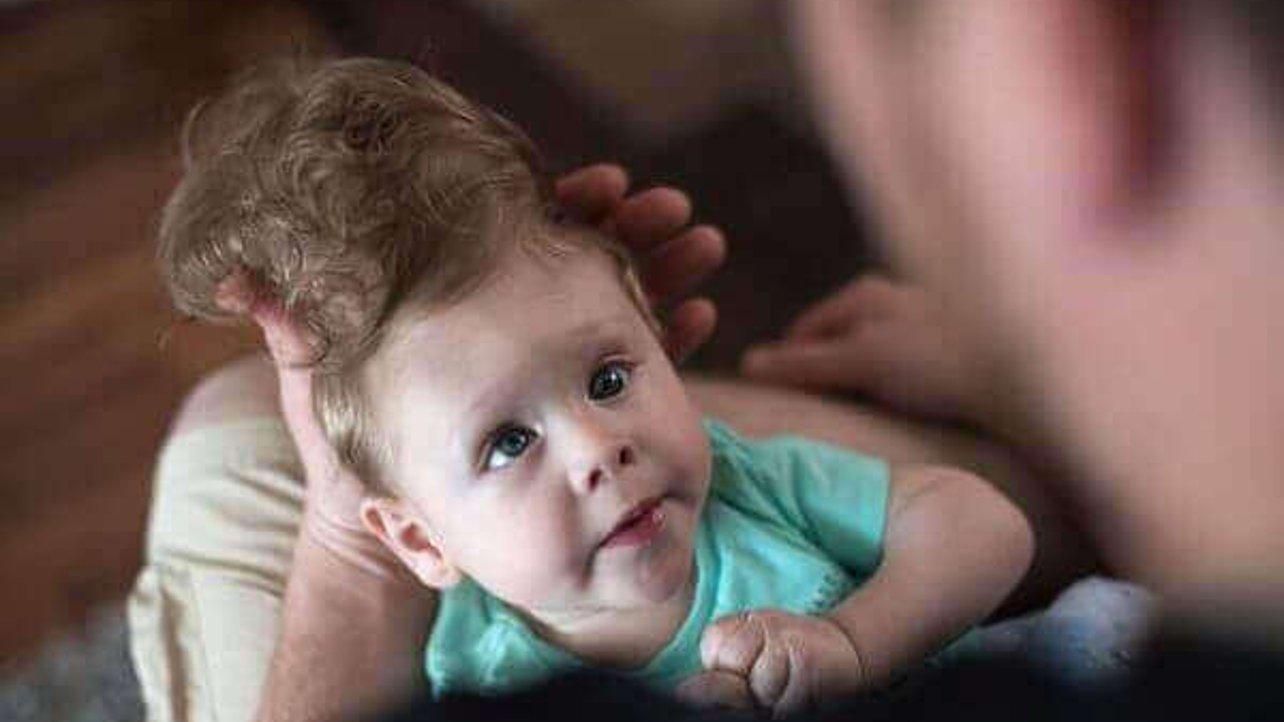 The success of an imaginative and resourceful device used to save an infant born with a serious airway malformation sheds light on new technology created by the marriage of bioengineering and surgery.

A report in the May 23 New England Journal of Medicine describes the situation that sparked the innovation.

At first, the baby born five weeks early seemed perfectly healthy, but he began to have difficulty breathing and eating when he was 6 weeks old. Just two weeks later, his symptoms became so severe he needed a ventilator to breathe.

After a thorough work-up, the news was not good — the baby had an unusual combination of problems. The arteries going from his lungs to his heart were crisscrossed, and one was unusually big. Part of his aorta, the largest blood vessel in the body, was compressing his left bronchus, one of two of the major branches of the trachea that lead to the lungs.

But the infant’s worst problems weren’t the blood vessels: The life-threatening issue was having an airway that couldn’t stay open on its own.

Called tracheobronchomalacia, the condition occurs when airway walls are so weak they collapse almost like a wet paper towel, during breathing or coughing. In the baby’s case, the simple act of breathing was causing his airways to regularly collapse, stopping his heart and breathing, and requiring frequent cardiopulmonary resuscitation (CPR).

“It was scary; I’ve had children die from similar problems before,” said Dr. Glenn Green, a report co-author and an associate professor of pediatric otolaryngology at the University of Michigan Health System.

Tracheobronchomalacia is rare, affecting about 2,000 children in the United States, according to Green.

Green worked with Scott Hollister, also at the University of Michigan, who has a background in bioengineering, to custom-design an airway splint to allow the baby to breathe effectively.

Almost like creating a custom-made suit from a detailed digital photo, the physicians built a corrective implant — an airway splint — to precisely fit the baby’s particular anatomical circumstances. The splint was designed to be placed in the body but outside the airway, like a lobster’s exoskeleton, which provides needed external support.

The researchers designed the splint from a computer image of the baby’s airway and fabricated it using laser-based 3-D printing.

“CAT scans and MRIs are of a detail now where we can take the information from those pictures and put it into a computer to make a 3-D model of what [problems] a child has, and create a solution for those problems, combining engineering and surgical knowledge,” Green said.

The splint — which was created in less than 24 hours — has the consistency of a vacuum hose — it’s tough but flexible, Green said. It is made of polycaprolactone, a biodegradable polyester.

The biodegradable feature is important because, as the baby grows, the tracheobronchomalacia will most likely get better, explained Dr. Kristina Rosbe, a professor of otolaryngology and pediatrics at the University of California, San Francisco, who was not involved with the case. “It means you won’t have to go in later and take it out.”

The fact that the device is outside the bronchus is also a bonus, because internal splints that are available now can create narrowing of the airway and bleeding, Rosbe added.

The custom splint is expected to gradually disintegrate after about three years, according to the physicians.

After constructing the airway splint, the physicians got emergency permission from the U.S. Food and Drug Administration to use the device. They then performed surgery to repair as much of the deformities as possible, and stitch the splint in place around the left bronchus.

The baby has done well, Green said. “It took about a month for his body to get used to breathing, but he never coded [had his heart or breathing stop] after the splint was placed.” The physicians have started a clinical trial testing the airway splint design system that they expect will be completed in about two years, he said.

One expert noted that while tracheobronchomalacia is rare, the solution discussed in this research report will have a huge impact on the infant involved.

“A child like this is probably going to have a completely normal life if it wasn’t for this problem, so that’s a really big step and very inspirational,” said Dr. John Bent, director of pediatric otolaryngology at the Albert Einstein College of Medicine, in New York City.

Is this designer splint an example of personalized medicine?

For her part, Rosbe said, “It’s absolutely the wave of the future. It makes me think of all the work they’re doing with cancer therapies now, taking individual patient’s cells and blood and tailoring treatment to their particular needs. Once you’ve got the system in place to make [the creation of the airway splint] easier, if you’ve got the hardware, you’ll be ready to go.”

Gross! What’s Living on My Feet?
Chronic Heartburn May Raise Odds for Throat Cancer
To Top