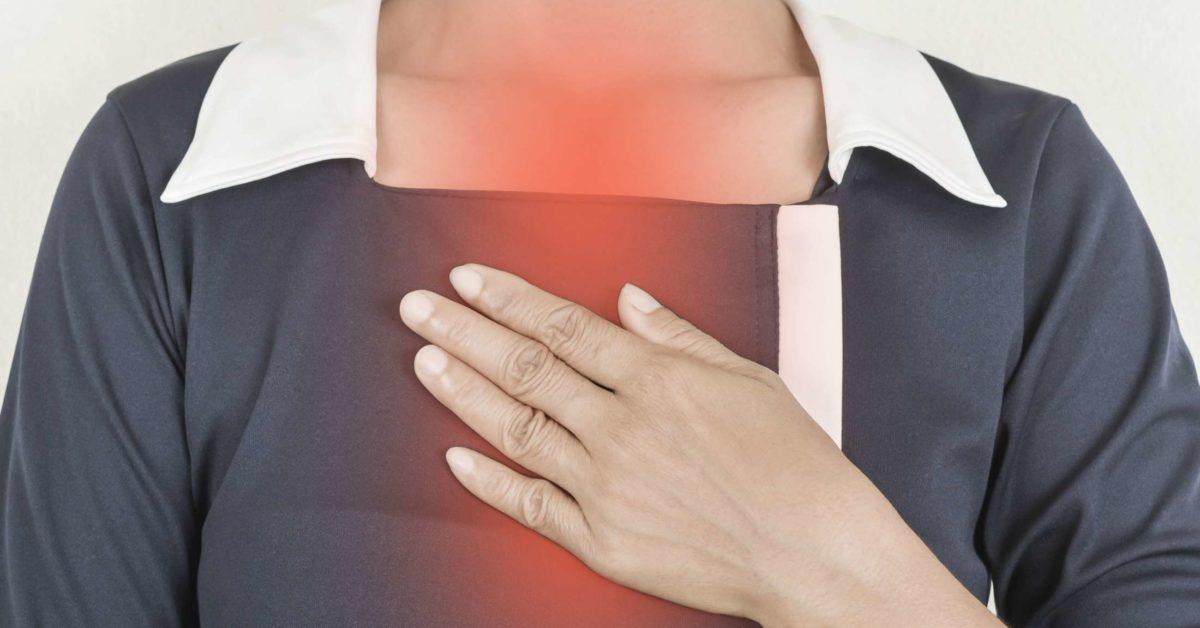 People who suffer from frequent heartburn may be at increased risk for cancers of the throat and vocal cords even if they don’t smoke or drink alcohol, a new study says.

Interestingly, common over-the-counter antacids seemed to protect against these cancers while prescription medications such as Prilosec, Nexium and Prevacid didn’t, the researchers said.

“There has been a controversy about whether heartburn contributes to cancers of the larynx or pharynx,” said lead researcher Scott Langevin, a postdoctoral research fellow at Brown University in Providence, R.I.

“And we found out that it does elevate the risk of these cancers. There is about a 78 percent increase in the risk for cancer in people who experience heavy heartburn,” he said. “This is important in figuring out who to monitor more closely.”

The other finding, which Langevin called “surprising,” was the protective effect of common antacids in reducing the risk of cancer.

“We didn’t see that protective effect with prescription medications. But it should be noted that people who take them are those who get the worst heartburn, so we shouldn’t read too much into that,” he said.

Langevin added that it’s hard to explain that medication finding, and other studies will be needed to see if it’s really the case. “It’s possible that these drugs didn’t have that protective effect because these were the worst cases of heartburn,” he said.

The report was published May 23 in the journal Cancer Epidemiology, Biomarkers & Prevention. And while it uncovered an association between heartburn and cancer of the throat and vocal cords, it didn’t prove a cause-and-effect relationship.

Dr. Len Lichtenfeld, deputy chief medical officer at the American Cancer Society, said “the study shows that reflux is associated with an increased incidence of cancers of the larynx and pharynx.”

Lichtenfeld said the role of antacids in reducing the risk of cancer needs more study. “Researchers need to determine why antacids work and, more importantly, whether antacids make a difference in also reducing cancer of the esophagus,” he said.

Why other medications didn’t lower the risk isn’t clear, Lichtenfeld said. And it points to one limitation of this type of study: It can’t take into account all the variables.

In addition, since some head and neck cancers are caused by the human papillomavirus (HPV), the researchers tested all the participants for antigens to the virus.

The researchers found that among those who weren’t heavy smokers or drinkers, frequent heartburn increased the risk for cancers of the throat and vocal cords by 78 percent.

The researchers also found that taking antacids — but not prescription medications or home remedies — reduced the risk for these cancers by 41 percent. The protective effect of antacids was independent of smoking, drinking or infection with HPV, they said.