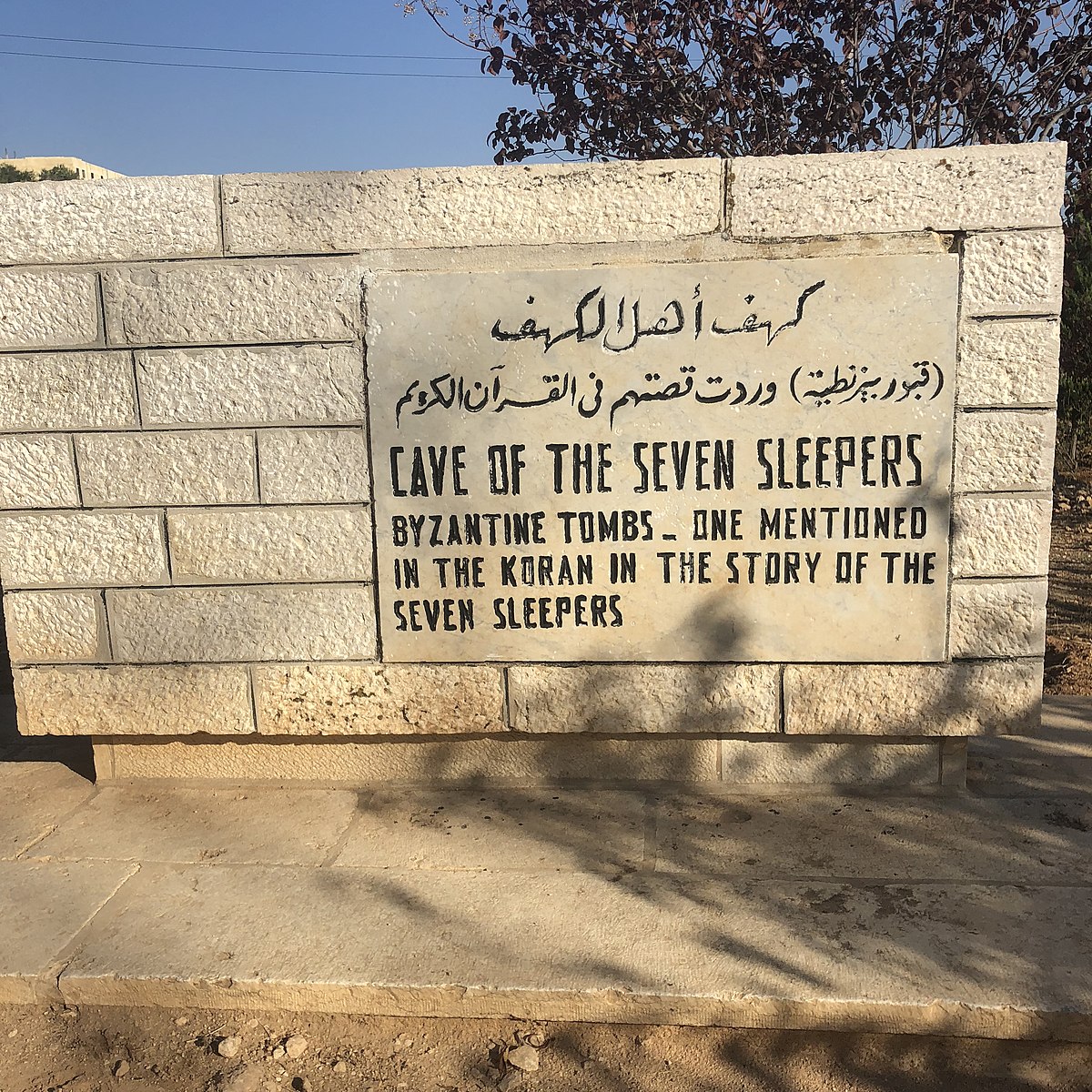 Modern technology talks about the ageing process of human beings and is busy inventing various ways to slow down it. One possible method is human hibernation. In our daily lives, we are very much familiar with the word ‘Hibernate’. Most people put their personal computers and laptops into a hibernating state. In hibernating mode, all the running tasks stop but do not end and remain as it is. Battery consumption also goes to zero per cent and in this way, a person can resume the work where he left even after many days or months. Also, battery life becomes longer.

According to science, hibernation in living beings is a process by which some species, including insects, go into a state of in-activity even at the cellular level. During this process the heartbeat slows down to 95%, the breath goes away in minutes instead of seconds. https://www.nps.gov/yell/learn/nature/denning.htm The body temperature drops and cools down, and the organism derives most of its body’s nutritional energy from body fat and muscle. This process of getting energy from food or fat is metabolism. In this way, you can say that the metabolism of a living thing becomes very slow during hibernation.

In this world, there are nearly two thousand different known creatures who sleep long enough to escape the harshness of the weather. It is usually to avoid the winter as these animals do not migration to a warmer place and go into a deep slumber. Winters reduces the chances of hunting in colder regions of the world which in turn cause the scarcity of food. Some animals in regions with warmer climates also show some form of hibernation “aestivation” https://www.discoverwildlife.com/animal-facts/what-is-hibernation/ to avoid hot weather and drought.

The genes in these animals’ cells become aware of such dangers and give them an unconscious state which varies from deep & long to light dormant state. But the fear of death for these animals is there as there are many risks for them including vulnerability to predators.

Animals that can go into a dormant state include many rats, bats, squirrels, birds, snakes, insects and many bears. They eat large amounts of foods to build up fat which will give them the energy to hibernate. When they come out a few months after hibernation, the animals feel very hungry and their first task is to find prey. The longest hibernation to date is that of a bat that slept for 344 days, or about a year.

Science also shows that telomeres, which are fragments of DNA and are located on the edges of the cell’s chromosomes, are reduced at each cell division and that their number is tested in a laboratory to determine the remainder of an organism. Life is estimated but during hibernation, they have been observed to decrease at a very slow rate. Simply put, the ageing of an animal during hibernation almost stops.

In a Hollywood movie called Passenger. the film’s short story theme is that a group of 5,000 people and 258 spaceship crews are heading to a new planet. The planet is located 120 light-years from Earth. Therefore, it is difficult for a person to go about his normal life in which he barely attains the natural age of 70 to 80 years. To do this, scientists create hibernating chambers or coffins in which each person hibernates so that his or her lifespan can be extremely slow down and that 120 years may pass before they land on a new planet with a new life. But one of them wakes up due to a defect and realizes that there are still 80 years left to reach the new planet. From here, things get trickier, and this is where the true story begins!

Quranic reference to Human Hibernation : Story of Companions of the Cave

In the Muslims Holy Book Qur’an, there is a story of seven believing young men. They were the attendants of the courts of different kings and believed in One God. The tyrant king wanted to kill all those who did not bow to him. So they escaped and took refuge in a cave. He destroyed the rest of the kingdom and wanted to stone them to death as well. They remain in the cave for three hundred solar years which are equivalent to three hundred and nine lunar years. There is a cave in the Turkish city of Tarsus which, according to people, is the cave of Ashab-e-Kahf. There is another cave, in Jordon’s city Amman. According to Quranic verses, the cave in Turkey is the real one.

Surah Al-Kahf of the Qur’an

The story is described in the following verses:

So in the cave, we “put a covering (of sleep) over their ears for many years.” And when the sun rises, you see that it “falls to the right of their cave, and when it sets, it turns to the left, and they are in its field.” These are from the signs of God. ”

“And you think they are awake while they are asleep, and we used to turn them to the right and the left, and their dog was on the threshold with both hands outstretched.” If you had looked at them, you would have turned your backs and fled in terror. “

And thus did we raise them that they might inquire of one another. One said: How long have you tarried here? They said: A day or less. He knows this very well. Send this money to one of your own and send it to the city. When he sees what is the most delicate (full of energy) food, then bring food from it. And come slowly and do not tell anyone about your condition. ”

As shown in the movie Passengers, we see that with the help of modern technology humans can attain a hibernating state. But some questions arise that deep slumber is difficult to attain because the maintenance of constant atmosphere & environment is necessary. Also, hibernation can damage the human body in certain ways. In Qur’an, we see that all these necessary requirements were met sufficiently allowing the Companions of the Cave to hibernate.

Science says that during hibernation many parts of the body of many living things (organs) stop working. Regardless of the outside temperature, the temperature in most of the world’s caves remains constant throughout the year. When an animal or human being comes back from sleep then a signal to the brain creates an unusual sound and the brain wakes us up. In the case of the companions, that part was completely absent. If sunlight fell on the cave, the temperature of the cave would rise which could wake up the companions. But the Qur’an’s statement is that the sun did not rise in front of the cave at sunrise and sunset.

Science believes that if a person during sleep does not change his crotch for a long time, he may suffer from major wounds on the body due to the stopping of blood flow and pressure. It is a Pressure Ulcer. But the Qur’an says that the crotch of the companions did not remain in the same position for a longer period and changed their posture on regular basis.

Science says that if the eyes remain close for a long time, they can damage the optical nerve. As a result, blind them. If a person does not close them for a long time, this will damage the cornea. Most coma patients would have suffered from eye diseases if they recover from it. Now it is obvious that to sleep for such a long time, it is necessary to blink at regular intervals to avoid loss of vision. The Qur’an says, “Look at them and think that they are awake (meaning blinking eyes) while they are sobbing and run away in terror.” You will see someone sleeping who is not even hearing the sound and blinking his eyes you will also run away.

Science says that in hibernation, an organism uses most of its body’s energy. As soon as it comes out from hibernation, it starts hunting. The Qur’an says: As soon as they came back from sleep one of them said, “Bring the best food from the market.”

All these points prove that the Companions of the Cave had acquired the technology of Human Hibernation. It is also which is shown in the movie The Passenger. Now how is it possible that they ate any fruit, herbs or something from a hibernating animal? In that way, it was transferred to their body. Allah knows best. If we convert 300 solar years into lunar years by typing them in Google, then we get 309 years. The Qur’an says: And the Companions of the Cave stayed in their Cave for three hundred years. The story of the Companions of the Cave also appears in Christian religious books & Roman history as The Seven Sleepers. But there is no such thing in any book which the Qur’an has stated following science,

Is Cousin Marriage Dangerous?
Types of Genetic Testing
To Top