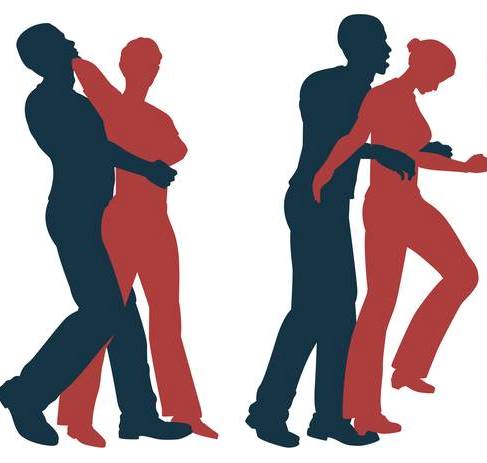 Walking home alone and feeling uneasy? Getting a weird vibe from a stranger on the bus? Many of us have been there. If you’re a woman, you’ve probably experienced this nervous, sinking feeling when walking alone at night, fearing what’s lurking around a dark corner. There’s also a good chance you’ve felt your heart rate speed uncontrollably when you thought you were being followed—or worse, perhaps you were followed and possibly even attacked. Rather than feeling helpless in such situations, it is important to defend yourself. Self-defence is more than knowing how to fight back again a physical attack. Self-defence training increases your options and helps you prepare responses to avoid, slow down, de-escalate, or interrupt an attack, and also empowers one to prevent violence. The strategies and skills must deal with the potential violence from acquaintances and intimates, not only strangers. Women usually know their attackers; therefore a person must be training in how to deal with the violence that can come from someone you know.

In a May 2019 survey of 1500 women nationwide, 81 percent reported experiencing some form of sexual harassment, assault, or both in their lifetime. Verbal harassment was the most common form, but 51 percent of women said they were touched or groped in an unwelcome way, while 27 percent of women survived sexual assault.

Even if you’ve personally never felt yourself in a situation that made you feel physically unsafe, having reassurance about your next steps (and what you can do to help yourself should the unfortunate circumstance ever happen) can make all the difference. Kelly Campbell, a third-degree black belt and director of instructor development for Krav Maga Worldwide, says these fears are common.

“Learning to fend off an attacker can not only help women to have peace of mind when walking alone, but also increase confidence, independence and a general sense of achievement.”

A study from the University of Oregon found that women who participated in a self-defence class felt they:

Following are the most effective self-defence moves for women for different situations to help you feel empowered to defend yourself in any situation. Any woman can do these no matter how big or heavy the attacker is.

Focus On the Vulnerable Areas

Focus on your attacker’s vulnerable places: eyes, nose, throat, and groin. Aim all of the moves below at one or several of these areas to have maximum impact. Also, don’t aim for the chest, as that tends to be ineffective. Aiming for the knees requires a specific kick that can be too risky for the average person.

Use all of your force and aggression during execution. Make it known that you’re a powerful lady. In addition,use your voice, too. , Be loud to intimidate the attacker and create attention in case somebody is nearby.

One of the best moves that will make any giant whimper or drop to his knees is grabbing the wrist. Grab his little finger and his ring finger with one hand, and his middle and index finger with the other and bend the wrist forward. But, if you can’t grab your opponent’s hand, hit him with a fist or with a finger between the collarbones or into his Adam’s apple. This will allow you to disorient your opponent enough that it will take him a long time to come back to his senses.

Using your car keys or any sharp object is one of the easiest ways to defend yourself. Don’t use your fingernails, because you’re more at risk to injure your hands. Instead, if you feel unsafe while walking at night, have your keys or nail filer stick out from one side of your fist for hammer strikes. When you feel threatened hold the sharp object in a tight fist, like holding a hammer, with a sharp point extending from the side of your hand and thrust it downward toward your target.

If your attacker is in close range and you’re unable to get enough momentum to throw a strong punch or kick, use your elbows. If you can, stabilize yourself with a strong core and legs to ensure a powerful blow. Bend your arm at the elbow, shift your weight forward, and strike your elbow into your attacker’s neck, jawline, chin, or temple. These are all effective targets. furthermore, this may cause your attacker to loosen their grip, allowing you to run.

If You Were Grabbed From The Front:

If you were grabbed from the front and you can’t lift your hands, move your hands forward and make a fist in front of your pelvis. This will create enough room between you and the attacker. After that, hit the attacker’s nose with your forehead. This will make the attacker move away from you. Now hit him in the groin with your knee.

Escape from a ‘Bear Hug Attack’

For cases where the attacker is coming from behind, you’ll want to use this move. Focus on getting low and creating space to free yourself. To perform this bend forward from the waist this shifts your weight forward, making it more difficult for your attacker to pick you up. It also gives you a better angle to throw elbows from side to side to the attacker’s face. Turn into the attacker with one of your elbows and continue counter-attacking. This should give you space to turn fully, using another move to injure the face or strike the groin. With space these moves have created, you may be able to escape and run away.

How to Free Your Hands:

You can easily escape a stronghold if you remember the “rule of thumb”: rotate your arm to the side of the attacker’s thumb. If he is holding your arm tightly, rotate your wrist toward the thumb. When your arm is under the attacker’s, pull your arm as strongly as you can.

If You Were Pushed Against The Wall:

It happens very often that attackers try to corner their victims or push them against a wall. In this situation, it’s necessary to remember the most vulnerable places and hit one of them depending on your position. If both of the attacker’s arms are up, then straighten your palm and hit him in the armpit. If one of your arms is down, there is a chance you can hit the opponent in his chest, neck, or jaw. But one of the most effective and powerful hits is a hit with your head. Squat a little to be lower than the opponent. Then quickly jump up and hit him in the jaw with your forehead. This move will instantly disorient the attacker and give you a chance to escape.

Is Self-Defense Training A Guarantee That You Will Be Safe?

NO. There are no guarantees when it comes to self-protection. Be aware of advertising hype, or exaggerated claims of success from marketers of guns, alarms, devices, and self-defence training programs. Be a smart consumer and find a self-defence training program that increases your choices/options and preparedness and is committed to helping you develop a wide range of strategies

However, if you don’t feel confident you’re able to physically handle an attacker, take these precautions:

Stay in a well-lit public area.

Don’t go home or turn away from crowds. Walk into a store or a coffee shop and ask for help.

Find a well-lit public area and dial your local emergency services if you feel you’re in danger.

Whether pepper spray, a personal safety alarm, or a lipstick taser, self-defence tools can help you feel more at ease. If you’re carrying self-defence tools, make sure to get training on how to use them. You can also use more common objects as weapons, including a purse, briefcase, umbrella, phone, pencil, book, or rock. Anything blunt that can be used to hit, throw, stab or swing can be very effective.

Learn To Develop Boundaries, Even With People, You Know

The Rape, Abuse & Incest National Network reports that 70 percent of sexual violence cases aren’t committed by random strangers in a dark alley, but by people we know: friends, family, partners, co-workers, etc. This can cause us to let our guard down. We might be too embarrassed, too shy, or too scared to hurt others’ feelings that we don’t always think about ourselves.

Some essential principles of prevention also include:

Make sure you’re aware of your environment as much as possible. Limit distractions when walking from place to place or other public settings. Don’t constantly stare down at your phone. Make sure you can hear around you. Have keys ready. Walk with a purpose.

Make it a point to ask yourself why somebody makes you uncomfortable. Be verbal with them. No matter how much you want a friendship or relationship to work, if they can’t respect your boundaries, they’re somebody you shouldn’t have in your life.

When equipped with some basic self-defence knowledge, women young or old, city dwellers or country residents, can have confidence in their safety and protection. No matter what type of combat or self-defence class you take, practising can help you develop muscle memory. In a flight-or-flight situation, this muscle memory can be a key to helping you escape from an attacker.

We hope you never have to use these moves, but if you do happen to find yourself in a threatening situation, remember the vulnerable areas! Do you know of any other moves that could help escape an attacker? Share your experiences in the comment section below

People In Our Life!
Interesting facts about Italian culture
To Top