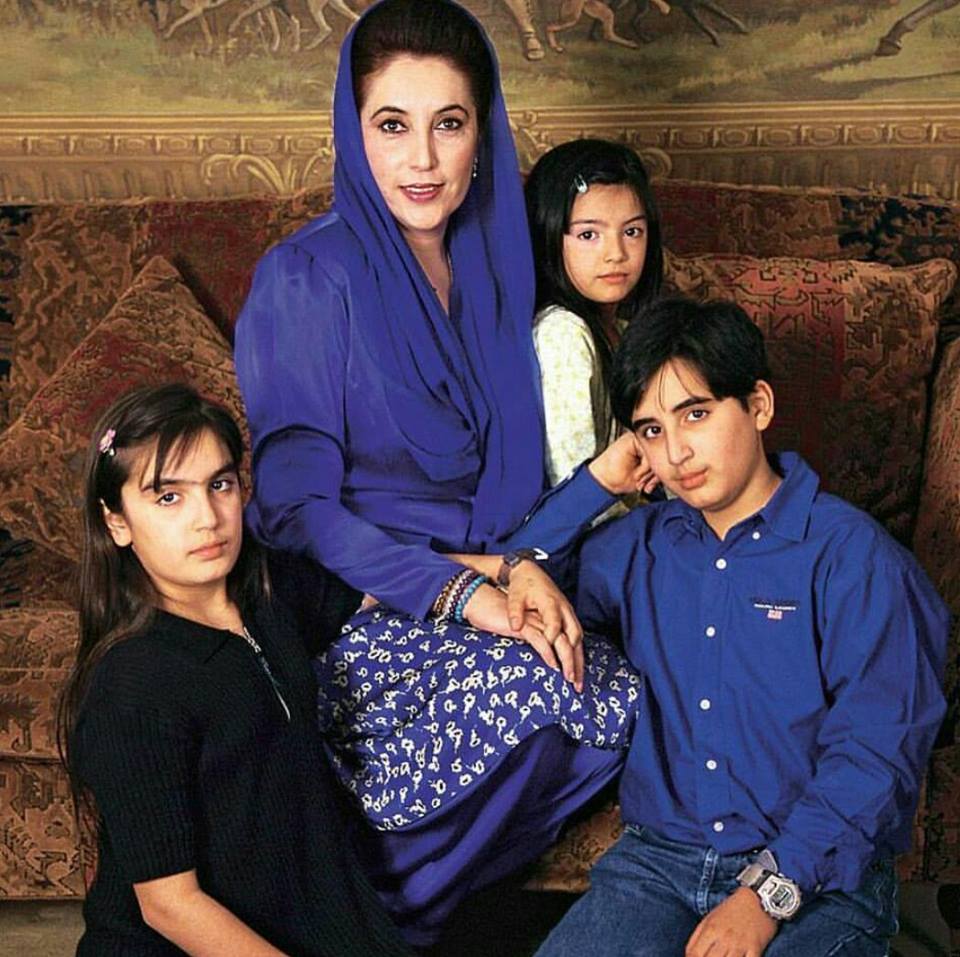 In household affair, their opinion is slackness and direction particularly in making of significant decisions, just as circumscribe of their family, health, family planning matter or related to children’s education. Our tradition and society pull in them away from outdoor activities as they force them to spend their whole life within four walls to safe themselves. Women in Pakistan are considered only sole-bearer of their family respect .

So, Benazir Bhutto , in this patriarchal  society when family matter only are run under the control of family head, can came on the ground to rule the whole country.

Pinki, her nickname had been given by her father owing to her red cheeks. Persuaded her early education from Margaret hall then she was the first female of her family to moving abroad for higher education. She was educated at Harvard University and subsequently philosophy, political science and economics at the University of Oxford. In 1977,after completion of her education. She returned to Pakistan one month later his father government was over thrown by a military dictator and executed her father in bogus case of murder.

She was inherited the leadership of the Pakistan People’s Party which emerged most influential and powerful party of Pakistan in 1970.She was herself imprisoned spending more than a year in detention and was being mentally to tortured by regime to left the politics and exile herself from the country.

She was a lady of broad vision, By following her father principles she kept her head straight in all brutality. Women of Pakistan stood with dignity. some so called Mullah of Pakistan had labeled her as a rebel woman of Pakistan. They imposed manipulated law of Islam to restrain her from politics. But in all thick and thin, her strife for restoring democracy in Pakistan was priceless. In short time she became the voice of struggling class of the country. she came back to Pakistan in 1985 after the exile. Hundreds of thousands admirers and supporters thronged the street to great her in mass exile.

Again regime put her imprisoned and she released after few weeks later. In 1985 mysteriously death of his young brother had not even broken her down for building a secular state. In which not just Muslim but minorities also will be treated equally. Abruptly death of Gen Zia Ul Haq in 1988 pushed the state for urgent election within 90 days. She started her campaign with full enthusiasm, when expecting her first baby. Her fame bloated like a flame in all over the country. Hundreds of thousands people of every caste creed and gender came out of their homes to stand with her. “Jiya Bhutto” long live Bhutto slogan became the most populist slogan of nation.

“An unusually moving and challenging account of a brave woman, a martyred family and a Heroic country struggle to maintain the spirit of freedom in the face of savage repression” Sunday times wrote about her after succeeding election with majority of numbers.

On December 2, 1988, she took oath of office as the first youngest Prime minister of world. The Debate between the modernizers and the extremists continued women across the Muslim world have made great strides since she took the oath. This was not her moment but moment of all who had made sacrifices for restoring the government of people, by the people, for the people. Even people of Pakistan also had rejected this patriarchal concept of prejudice in electing a woman. A woman’s duty is just behind the four walls of her house, altogether discredited by nation of Quid- e- Azam.

Muslim world lead on the doorstep of a bold new order where the principle of gender equality war now becoming a reality. She met with several leaders as Thailand, South Korea and Morocco, who told her that her story read behind prison walls or during uprising had inspired them. She had become the leading and significance figure of the globe.

Her symbol of “Arrow” in election campaign was arrow for hunting inequality, corruption, bribery and for the oppressor. She planted the seeds of democracy and cultivated that democracy nurturing, building, feeding what were at first fragile institutions capable of developing into a permanently free and just political system. She was thought that Islam believes justice is essential to the functioning of a civilized society.

It was solid start in society where Islam had been manipulated to repress the position of women society for a bitter decade. Her government was overthrown in 1990. After 3 years, she re-elected in 1993 to 1996 as Prime Minister of Pakistan. She lived in exile since 1999. she returned to Pakistan in October 2007. After some days of her came back to homeland, she was assassinated in public gathering on 27 December 2007.

Another splendid and dynamic personality of Pakistan laid down by the oppressors. She proved that it does not matter what is your gender but yes your vision and ideas remain oblivious and do matter.

”you can imprison a man but not an idea,

You can exile a man but not an idea,

You can kill a man but not an idea.”

DIY Artistic Ideas And Projects
Silence Is The Best Response!
To Top