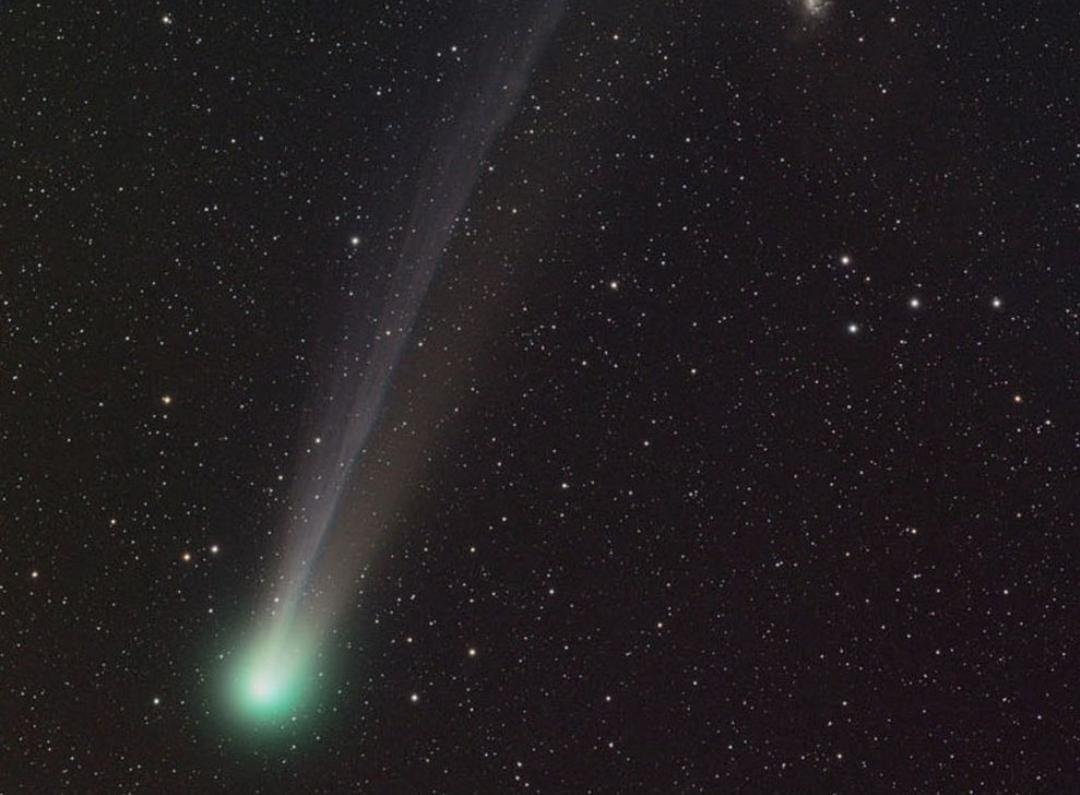 Looking at the night sky from your backyard especially in rural places seems very peaceful. Some viewers compare this peace with the delight that they get in the surrounding of their beloved. Some are keen observers and don’t just look but think about its insights. They wonder is it that much peaceful too when we will go inside or there is a disturbance? Yes, they think about disturbance which is not astonishing because they are right. Our sky is full of traffic, disturbance as well as the organization of every art too.

A slight change in the pattern of any object can harm us as well because this is what that matters at last. Maybe the disturbance is because of any unwanted matter in space? You can think about asteroids or meteorites whose disturbance outcomes we have seen in history or even in the present time. Similar to those are comets. They are not just replicas of the behavior of asteroids but for our understanding, we can relate it. In this article, we will have a detailed discussion that what exactly they are and how we can differentiate them from other debris?

These are the frozen remains after the solar system had been formed. It is composed of dust, rocks, and ices. They can vary in size from a few miles to tens of miles. As they orbit and come near to the sun, they melt and release gases and dust in a glow that can be larger than a planet. There is also the formation of a tail that stretches millions of miles.

People past experiences and explanations:

As we have discussed that when a comet comes near the sun it melts and heats up. Now it releases gases that form a glowing head having a long tail behind. The head and tail can be easily observed in the sky at night. In ancient times people used to observe a glowing head and tail that appears suddenly from the spot in the sky and then douse in the sky. Some people were even afraid of it and called it a long-haired star that appears in the sky at any time. Even Chinese astronomers kept a record of this tail for centuries in order to know its characteristics and the time it appears and disappears. They were also curious about its celestial position. However, the historical record has been very helpful for future astronomers to know the insights.

Depending upon the facts and figures today it is known that these were the frozen leftover when our solar system formed 4.6 billion years ago. These are ice debris that is coated with dark organic matter. They are also known as the “dirty snowballs”. It has also provided us with various clues about the formation of the solar system. As we know that the formation of the solar system provided us with the basic elements of the periodic table that ultimately formed life on planet earth. Comets are known for bringing organic compounds and water. These were the building blocks of life earlier.

Where do they come from?

In 1951, Gerard Kuiper predicted that there is a disc-like belt of icy bodies beyond Neptune. Also, some of the orbits of the dark comets around the sun are in the realm of Pluto. As there is always an influence of gravity in space and objects move accordingly. So due to gravity, it is pushed into an orbit bringing it near the sun. This forms short-period comets. If they orbit less than 200 years around the sun their appearance is quite predictable. And if they are longer period comets then the appearance is unpredictable.

Many of them arrive from a region called as Oort cloud which is about 100, 000 astronomical units from the sun. It is nearly equal to 100,000 times the distance between Sun and Earth. So it takes 30 million years to complete one trip around the Sun.

Every comet consists of a frozen nucleus inside having some of the dust in it. When it comes near the sun it expands its size due to melting. The high pressure of the Sun and solar particles can form a long chain. Many of the comets travel safely from a distance from the sun. For example, comet Halley never comes closer than the 89 million km. However, sungrazers come so close to the sun that they even break and evaporate at the end.

The naming of comets:

They are named according to their discoveries. For example, the comet Halley and Encke are named on the name of scientists who told that their orbits are periodic. The IAU suggests that there should be at least two discoveries for naming them. In some cases, if a comet is lost and nobody was able to point it after that then it is named on the name of the scientist who first predicted its appearance.

The alphabet “C” at the start of the name shows that it is a long day comet and if the “P” alphabet is present then it denotes a periodic comet. A designation of D such as D/ Shoemaker-Levy 9, shows that the comet has been destroyed and some of its components struck Jupiter in July. Numbering at the start is also representing the periodicity. For example, the first comet which was recognized as periodic was 1P/Halley and it was named after Edmond Halley, which told about its periodicity.

When comets are in their original location such as the Kuiper belt and Oort clouds they are just similar to the asteroids. But after coming near the sun due to gravitational influence they start warming up and boiling. This boiling creates a cloud of gases around the nucleus of a comet which gives it a fuzzy look like clouds.

Comets are basically made up of four parts,

The nucleus is a few km in diameter and is a solidified body. It is made up of a mixture of silicate, organic dust particles and volatile ices. Coma is freely escaping and forms when the comet comes closer to the sun. The dust particles combine with the frozen ice at the center to form a coma at the center.

When solar radiations fall on this black body, a long tail is formed which is typically yellow or white in color. It is called a dust tail. The ion tail is different from the dust tail which forms when the volatile gases in the coma are ionized by the UV photons and blown away by the wind. It gives a bluish glow because of the presence of CO+ ions in it.

Difference between asteroids or comets:

What if a comet collides with the earth?

If a comet collides with the earth it causes destruction. The destruction rate depends upon the size. For example, if a comet of size less than 100 meters collides it will not pose any harm. If the size is 10 km then it will cause major environmental damage. It will cause the extinction of many species. The same event happened around 65 million years ago in a Cretaceous era when for the extinction of dinosaurs. It came up with the major outcomes and the worst effect was the firestorm. The dust suspended in the environment caused a global pall of darkness for many months. The computer’s best stimulations say that it can cause the end of civilization.

What if a comet collides with the sun?

Mostly comet goes near the sun and melts due to the high intensity of heat. A comet needs 109 Kg of mass for reaching the lower sun’s atmosphere. If the comet size is big enough to reach near then under gravity it will accelerate more than 600 Km per second. This speed would flatten the comet in a pancake before it is burst. Now an explosion occurs which occurred which released UV radiations and X-rays. We can observe those radiations with the help of modern instruments. Brown says that it will be a replica of a bomb which is bursts on the sun’s surface. He also points the impact of comet Shoemaker on Jupiter. It surprised scientists and they doubted that the same events could happen on a human timescale.

Comets are obviously different from asteroids with many perspectives.  But when they are in their original position like the Kuiper belt or Oort clouds then they appear like asteroids due to darkness on their surface. Due to the gravitational flow, they come near the sun and boil. As the result, it releases clouds of gases or dust. These gases give them a fuzzy appearance. It releases a white light having a long tail that is stretched across a long distance. We can easily estimate its presence while observing the night sky from our backyard. However, if a comet is big enough to collide with the sun or planet earth and it can cause massive destruction. An example is the extinction of Dinosaurs due to the collision of comets or asteroids with the planet earth.

What if an asteroid hits planet earth?
Is It Possible to Extract DNA From the Blood?
To Top