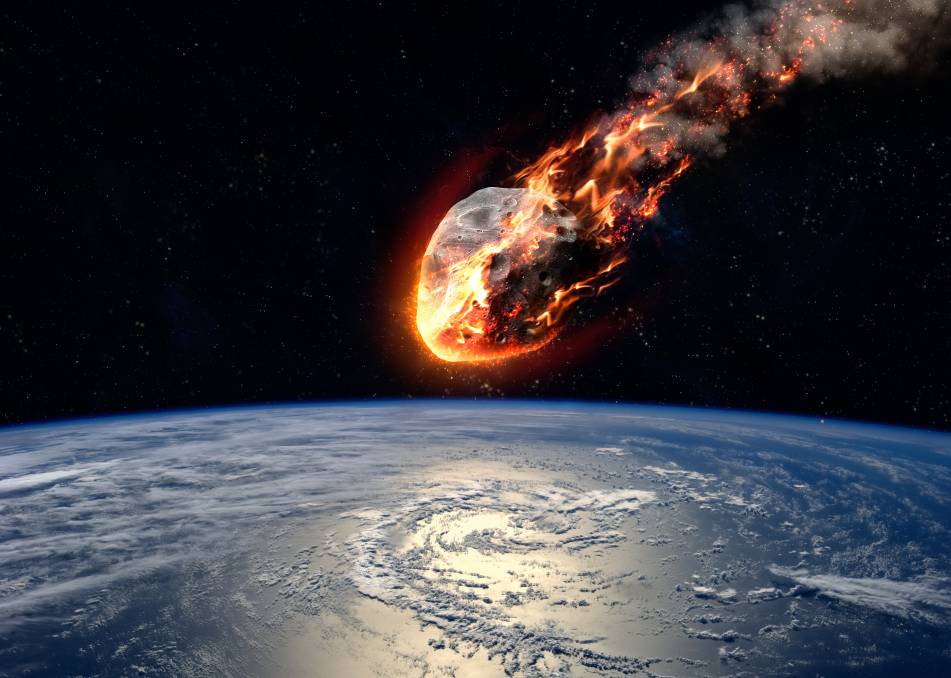 Do you remember falling off a heavy rocky stone in Assam, 2015? It cracked the classroom window and a man was killed while others were injured. There was horror and terror among natives and many were suspicious that what exactly it was? This huge celestial body left everybody in shock. So it was rescued by the researchers to know the reality. It was found that it belonged to the asteroid belt between Mars and Jupiter.

The findings also showed that the Earth’s mantle is made by the same material as Assam’s meteorite was made. But everybody still wonders what if it hits another time with the earth. How much damage it can cause?  Maybe it can destroy the whole planet earth? But everybody still wonders about its presence in our solar system and becomes afraid when thinking about its consequences. In this article, we will have a detailed discussion that what can really happen if it hits planet earth.

These are the celestial bodies that orbit in the same orbit as planets do. These are the debris, gases, or particles that remained left during the formation of our solar system. These remains were unable to combine so they started orbiting around the center. The size of asteroids may vary from a pebble to the size of a mountain. They lie in the asteroid belt which is present between Mars and Jupiter. Also, some of them lie in the same orbit of the earth. Still, it seems alarming that maybe it can hit the earth while rotating and can damage us?

Cause of the dinosaur extinction:

Millions of years ago, when dinosaurs were as dominant on this planet as humans are today. There were present about 230 million years ago and then suddenly they got extinct.  There are various theories proposed by the researcher depending upon the shreds of evidence for pointing the exact cause of the extinction of the dinosaur. Some of them say that there was climate change that we are even facing on earth. But some commented on the base of the fossil record that a large asteroid hit earth to cause destruction all over the planet.

It caused global warming that no longer supported life. At that time they were the inhibitors of the earth, they all died and no single species remained to increase their population. This is the reason that we just have fossil records rather than living individuals. It seems quite horrible, what if it hits today, it can cause our extinction as happened millions of years ago. Perhaps we are living in a danger zone where all time there is a threat to destruction?

Fear of the danger:

It is quite ok to be worried about asteroids after you learn that what are asteroids and how much harm they can cause. This is also true that most of the small-sized asteroids hit our earth even on daily basis but as they are small in size, they have burnt themselves before causing destruction. But this is the safe side, what if a bad scene occurs?

Unfortunately, if an asteroid hits planet earth it will cause an increase in the dust and smoke concentration in the environment. Consequently, the solar radiation will remain unable to reach the earth. Hence there will be dropping in the temperature. This decreased temperature can never support many living organisms and they will ultimately die. We are only surviving on this planet because of the optimum temperature. If temperature increase or decrease largely than the normal temperature it can harm humans, animals and plants even.

We observe in daily life that if solar radiation is becoming intense then plants are burnt. The same happens when the temperature drop, it does not support the growth of plants. So if plants are not there, our survival will become impossible. If an asteroid hits the ocean then it can cause a tsunami. It is because the ocean covers 70% of the earth. Estimation says that the average tsunami would kill 470,000 people.

However, the destruction also varies depending upon the size of the asteroid. For example, if an asteroid of the size of an apartment hits it causes the destruction of a city. But if its size is of the 20-story building then it can harm a small country. Scientists are working to learn about their total number and physical properties.

Past events of asteroid hitting:

In 2016, on June 30 an “International asteroid day” was declared by the UN. The aim was to raise awareness about the collision of asteroids and the consequences. On this day every year, scientists, astronomers, and celebrities come together and have a discussion about how much danger our planet is facing from asteroids.

Galactic Summer Camp Program, a special theme which is aimed at drawing attention to the “International Asteroid Day”. It took place in June 2018. In 2019 this camp was organized for the second time. About 107 students and teachers from nine countries including France, the USA, India, Russia, Kyrgyzstan, and Slovenia participated. I addition to the awareness, the participants also performed some of the activities in order to make the event more interesting.

How to divert them from hitting our planet?

The only way to divert it is by keen planning. It should be observed from the distance and divert its direction. Many organizations are working for this purpose, particularly NASA. They perform a regular scan of the sky to identify the celestial bodies and risk of hitting.

The planetary defense is performed for the protection of planet earth from celestial bodies. It consists of five steps.

We can never protect our planet earth by the hitting of an asteroid unless we know their presence. For this purpose astronomers use the ground-space-based telescope that detects those celestial bodies. On the other hand, infrared imaging tools are also helpful to point out the object which is too dark to see through the reflected lights.

There are various asteroids on our planet earth that we can detect with the help of a telescope. But do we know that this particular planet is going to hit the earth in the coming days? It can only be done by the regular observation of the movement of the asteroid and making an estimation about its direction in the future. The final estimation is dependent upon the telescopic observation that lasts for days, months, or even years. This estimation will help us with the trajectory of the asteroids.

There are many telescopes and spacecraft that define the features of asteroids such as structure, rotation rate, speed, etc. And if they are going to threaten the earth we can change the location.

Changing the direction of Asteroid:

What if an asteroid is going to hit the planet? As we have talked earlier that we need to plan about the consequences prior. We should not plan about the destruction of a city or the coming of a tsunami but the picture can be big in the future. So big planning can keep us on the safer side. We should plan that how much time we have. There are various measures that can be applied in these cases such as the development of techniques regarding the use of a gravitational builder.

It changes the course of the asteroid by the creation of the gravitational force with a spacecraft. Another technique, medium-distance collision used in which an asteroid is hit by one or more spacecraft. Also, a laser beam is used in which a part of it is heated for generating a thrust force on an asteroid. However, as a last resort, the nuclear option can be used for breaking the asteroid.

Training and the Coordination:

In case any asteroid hits the earth it will impact it. For combat, it needs an international disaster response. It is very important that everybody should be aware of the threat and have enough potential to eliminate the threat. In addition, Amateur astronomers can come together with scientists for defending our planet. They can identify the smaller and potentially disastrous asteroid which is hidden in the universe.

NASA says that a potentially hazardous asteroid will enter the earth’s orbit next week. Its size is bigger than the Eiffel Tower. It will break into earth orbit traveling at 23, 700 Km/h. on Saturday, Dec. 11. Thankfully because of our planning, it is expected to skim past earth without impacting it. But still, it will be very closer to us rather it has been in 20 years.

These are small or large celestial bodies that follow the same orbit in our solar system as earth. So there is everlasting harm that it can hit our earth. The fear is fine because there had been many past events in which asteroids hit the planet and caused massive destruction. One of the prominent events is the extinction of dinosaurs which was caused due to the hitting of the asteroid. However, proper planning and regular observation of the pathways of asteroids can save us from future harm. Every year International asteroid day is celebrated for raising awareness. Various techniques are used by the astronomers such as laser technique, nuclear beam, medium-distance collision, etc. are used for diverting its direction away from earth.

What colors to wear in winters
How to get over a break-up with your best friend?
To Top