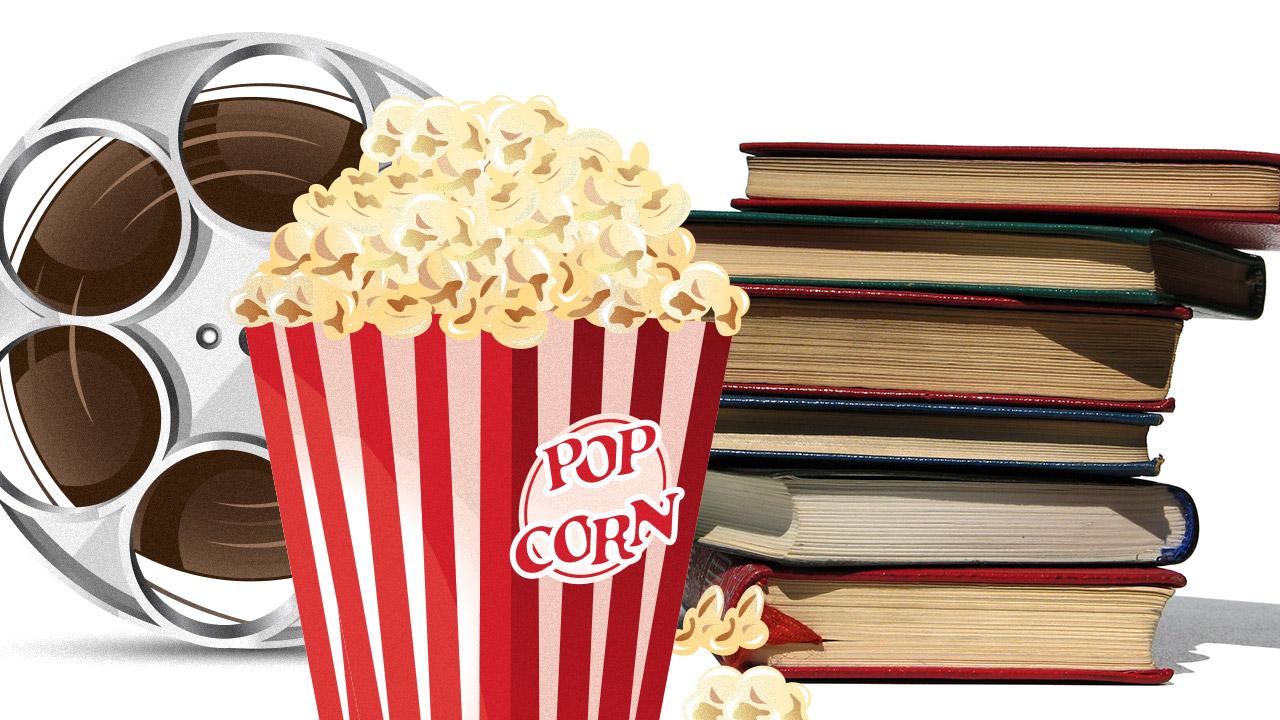 The cinematic world has flourished to its peak. There is an excellent addition to the list of genres these days. Movies based on books are becoming trendy. The modern period may appear to be an era where every film is based upon a known piece of work. However, the reality is Hollywood has been adapting prose and other sources of literature for over a century. There are just a few screenplays that are entirely original and not based on famous literature. Hollywood has produced many movies based on books, but it does not hesitate to give credits to whoever is due.

The transformation of books into movies has made me relate this phenomenon to Aristotle’s Theory of Imitation. Which states that Art is the imitation of something. If we ponder deep into this idea, we will be able to grasp the gist of this ideology. That nothing is original but the imitation or copy of something.

There is a vast range of movies based on books that you must watch. The charm of a book adaption genre is way more superior to any other film genre. Therefore I have created a list of the best movies based on books. I assure you that these movies would slide right into your watch-next list.

Forrest Gump is an American comedy-drama. The movie is directed by Robert Zemeckis and written by Eric Roth. It is an adaptation of the 1986 book of the identical title written by Winston Groom.

Tom Hanks, Robin Wright, Gary Sinise, Mykelti Williamson, and Sally Field played the lead roles. Tom Hanks has done a fantastic job of portraying Forest Gump’s character. I believe he is one of the only Hollywood actors who could have pulled this role off. Actor’s ability to fit this role and how he portrayed the character elevated all the aspects of the movie.

The film chronicles a period within the lives of Forrest Gump. A slow-witted and compassionate guy from Alabama who unknowingly has an impact on defining historical events in the 20th century United States. However, the film is very different in comparison to the book.

The Bridges of Madison County is Hollywood’s most romantic and emotional movie ever made. So if you choose to watch this movie, prepare yourself for an emotional ride, and don’t forget to keep the tissue box close because you will need it. The Bridges of Madison County is an American romance film based on the novel with the same title written by Robert James Waller’s acclaimed writer. It was produced by Clint Eastwood, who also played the lead role alongside Meryl Streep. Kathleen Kennedy was co-producer of the film.

The Bridges of Madison County is Eastwood’s best adaptation of the wildly loved novel. Eastwood has proved to be a great photographer by capturing mesmerizing shots while traveling across Iowa. The story revolves around a female protagonist enacted by Meryl Streep, the wife of a farmer. Despite her best judgment, she gets involved in an affair with a traveler. Meanwhile, her family was far away from home.

I won’t believe any one of our age would say that they don’t know about Jane Austen’s Pride and Prejudice. This is a well-known novel written in 1813 by a famous English novelist of the 18th Century romantic era. The movie was released in 2005 and directed by outstanding director Joe Wright. Pride and prejudice is a fictional novel, which shows the social issues of that time. Pride and prejudice is a satire on society and the drawbacks of the 18th century. We might see some flaws still prevailing in today’s society.

There are many adaptations of this novel. However, this film staring Keira Knightley and Matthew Macfadyen tops all others. Moreover, this version takes an authentic approach compared to other versions of the film. The story undergoes the character development of Elizabeth Bennet, the protagonist. Who learns about the consequences of her wrong judgments. After the realization she appreciates the difference between superficial goodness and essential goodness. In the end, Elizabeth Bennet and Mr. Darcy become lovers from being enemies.

Julie & Julia is one of my favorite movies of all. This movie is directed by Nora Ephron, an American writer, journalist, and filmmaker. Julie & Julia is based mainly on two books. Firstly the “My Life In France” is the autobiography of Julia Child. Secondly, the memoir was written by Julia Anne Powell. Both of these books, My life in France and the biography were written and published between 2004 and 2006.

Eat Pray Love is an American romantic drama film. The movie is autobiographical starring Julia Roberts as Elizabeth Gilbert, the story’s main character. Eat Pray Love is based on Gilbert’s memoir of the same name written in 2006. The movie was co-written and directed by Ryan Murphy, released in the United States on August 13, 2010.

The titular three words, Eat, Pray, and Love, reference the three chapters of the book. They are also referred to as years in Gilbert’s life where she lived in Italy, India, and Indonesia. These three terms have highly symbolic significance. In Italy, the food she consumes is delicious, while in India, she is a resident of an ashram, and in Indonesia, she experiences physical passion; however, nowhere is it mentioned that fate could be anything other than flexible to this scheme, and that Eat Pray Love could, for example, turn out to be the book on Catholicism as well as or the Kama Sutra, and Balinese cooking.

The Perks of Being a Wallflower is an adaptation of the novel with the same title. “The Perks of Being Wallflower” written by Stephen Chbosky. Pocket Books first published the novel on February 1, 1999. He also directs the movie. Very brilliant actors enact lead characters of the film; Logan Lerman, Emma Watson, and Ezra Miller. There are other very prominent actors playing different roles in the movie: Paul Rudd, Mae Whitman, Kate Walsh, Dylan McDermott, and Joan Cusack. It is a Coming-of-age drama as the whole film revolves around the growth of a protagonist named Charlie.

These would be my six top favorite movies based on books. I hope you find yourself a new favorite film from these. Nonetheless, all six of them are worth watching on a weekend movie night with your friends, family, or your bae. Have fun!

2021 Wrapped – Highlights of what we witnessed this year.
Chinese Language: Beyond your Imagination
To Top