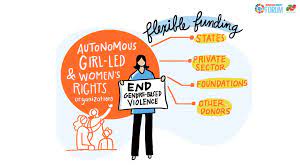 Gender-based violence is the exploitation of gender just because of his/her belonging to a particular group. It not only happens with the women but men are also victims of this curse. Obviously, it is a threat to basic human rights. In this whole scenario, women are the prime victim, suffering at the hand of men. Men holding the upper hand in society consider it legal to perform this inhumane act. So there is a dire need of taking necessary steps at a national or even international level so that we can end this inequality culture. We can only hope for a better future if we work enough for promoting equality. In this case, there are several responsibilities of various sectors involving the state, judiciary, organizations, etc. to end the exploitation.

Do you want to know about Gender-based violence and factors involved in it.

In this case, the primary responsibility is of national authorities, human rights, and humanitarian to end gender-based violence. In addition that these sectors will work for ending GBV, it makes sure that the gender-based concern should integrate at all levels of the humanitarian response. Human rights and humanitarian actors, or any other peacekeeper should not practice any gender-based violence act. You should know that our staff and partners not only perform these acts but many other contributors are there. An attempted abuse of a position of vulnerability or differential power. They may practice it forcefully or by any other possible means.

It surrounds but is not limited to rape and sexual assault, forced prostitution, and trafficking. There are several guidelines on GBV prevention and response. It includes IASC Guidelines for Gender-based Violence Interventions in Humanitarian Settings. It focuses on minimum prevention and response to sexual violence in all sectors during emergencies. The UNHCR Guidelines for Prevention and Response, 5 provides comprehensive guidance on prevention and response, including in post-emergency and early-recovery settings. The IASC Gender Handbook, 6 sets forth standards that guide the integration of gender in humanitarian action. We can consider the following steps in this regard to fighting against gender-based violence act.

Make sure that protection assessment is based on the participatory method and to know the root cause and consequences of GBV. You should know those individuals or groups suffering as the result. In many cases, this assessment is performed by the strained staff or expertise in areas of GBV.

It should be addressed by the protection working group and other relevant coordination structures. In this case, certain roles should be assigned to the workers and they should be agreed upon implementing them. You can work with other groups or sectors to integrate the concern in planning and programming activities at all levels. It includes areas such as shelter and physical planning, health, food and nutrition, and safety/security. The humanitarian staff and workers should know the relevant codes of conduct and the prohibition against engaging in sexual exploitation and abuse of any kind. Consider adequate complaints and there should be proper legislation for having an appropriate solution.

You can advocate with relevant actors, including national and local authorities. Another sector involves traditional, cultural, or religious bodies, armed forces and security forces, law enforcement officials, and civil society groups. They should ensure effective prevention and response. These may be non-state actors also.

It refers to activism. You should be engaged with those activist movements that are working to end this exploitation or discriminatory culture. Those awareness-raising campaigns are working for addressing the underlying cause of GBV. Learn about the possible necessary steps that can be taken for ending this discriminatory culture. Awareness about those facts comes first and then we can work against them.

You should pay keen attention to providing physical safety and security in the settlements, villages, and other areas that are facing this GVB curse. Food distribution sites, water points, areas for firewood collection, schools, public spaces, etc. are the most vulnerable points. We need to address them particularly. Ensure the mechanism to provide life security to the survivors/victims particularly rape victims who are already fighting with the mental health abuse in parallel. These needs are addressed particularly because they are the primary victims. You can establish several centers especially for those who are survivors of this trauma. A mother can be a survivor of the abuse that she had suffered at the hands of his husband. It is taboo in our society to leave the husband’s house and even parents do not accept that woman. They consider it an act of disgrace in society.

As the result, most of the women bear this trauma for their whole life. And the story is not ending here, her children grow up while observing this abuse which affects their mental health traumatizing. So you can play your best part for such victims. Spread awareness to leave the place where you do not have life protection surety. You can also establish centers for such women as we have an old house for old parents. Just acknowledge a fact that it is not someone’s personal matter but the matter of human rights protection which is the responsibility of every citizen and especially of workers, working to promote the equality culture. So play your best part in providing protection to all of them. In this way, we will not only save your present from harm but can protect our future generation from mental or physical trauma.

It is considered as a need of the hour for survivors. In most cases, the victim has suffered physically in addition to mental scars. This physical trauma may be due to domestic violence on the women or as the result of rape. We have seen that in most cases rape survivors die. It is due to the fact that we have several taboos in our society to address these issues at first. Doctors are not willing to treat those survivors because they want proper police investigation report before. No matter the survivor dies as the result but they are stick to these traditions. Then rape is linked with the victim-blaming to promote notions like her dressing, going out at night, giving place to the opposite gender, etc. is the main cause of this suffering.

So they people are devoid of basic health care even. The same goes for domestic violence survivors. The worker can play their best part by providing health care opportunities so that we can save countless lives that die just because of not getting enough treatment at the time. There should be some sectors or hospitals that are specially designed in every area especially GBV areas so that the survivor has the best choice to enroll in this care center during an emergency. Government and authorities should play their best part in it. There should be enough funding for these organizations so that we can combat all those taboos and harms especially on the part of women.

In this whole scenario, the community can play its best part as a whole to bring a positive change. There should be awareness-raising programs teaching to the community the root cause of this curse and how we can treat it. There should be equal participation from every citizen and gender to acknowledge the harm at first and what are the possible solutions in this regard. The primary basic step can be taken via education. Unfortunately, our education system is also based on inequality laws. We are promoting and teaching the inequality culture to seek the present ram in the society. So bring some of the necessary amendments in this regard.

Teach your young generation that these gender roles are not natural but were only incorporated into them via culture. A boy can be soft heart or emotional too like a girl. Same a girl has the right to be angry over things. We have caged our generation in the framework of the specific roles and if anybody wants to work as he/she wants to then there is massive resistance from society or our elders. Just break all of those hurdles and work against stereotypes so that in the future we can hope for a better world. A world in which there should be tolerance against opponents and it should be considered fine to go against the norm or act in a way that a person wants to be. Just live and let live.

Gender-based violence is an ultimate curse and unfortunately, we are suffering from this pledge for decades. There is a dire need to end this inequality culture and promote a just equality world. In this case, several steps can be taken at the national or international level. Our administration and authorities can play their best part. On the other hand, we can take some necessary steps via some organizations helping those victims/survivors.

In this regard, they can be provided with life protection, liberty, health care, coordination, information and communication activities, etc. The organizations can play their best part in this regard so that we can hope for a better future. If this mess is not addressed properly at the time then we can face even a further hazardous future. Perhaps the mess has not spread at a pace currently but in the future, with deep roots, it can exploit more effectively. Educate your nation about equality culture and the harms of gender-based violence. This awareness will restrict them from engaging in any activity associated with the harm.