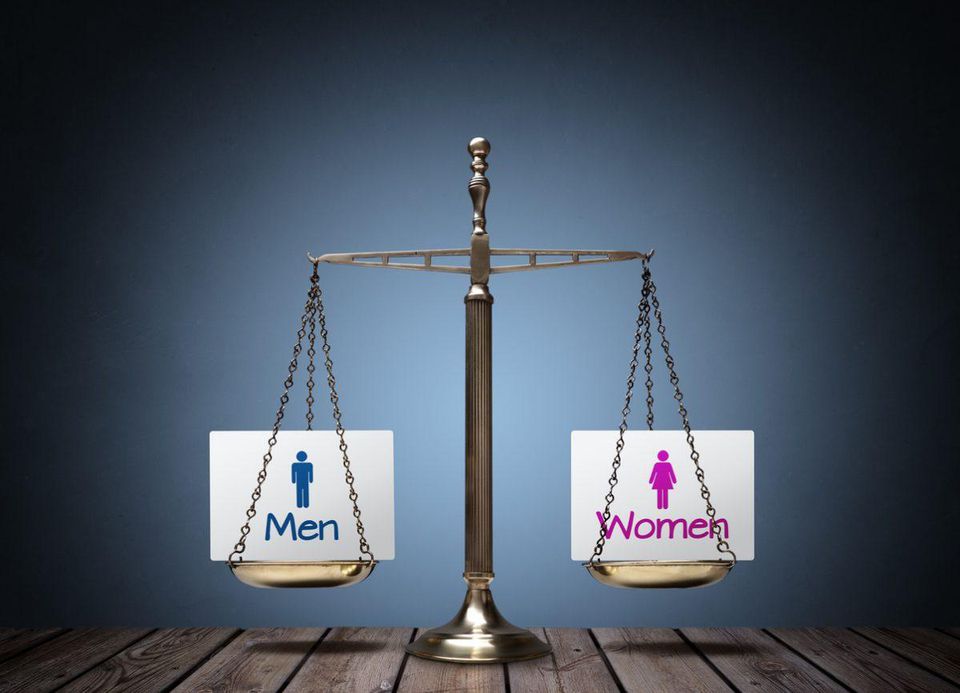 Feminism is a literary movement of resistance, which upholds the set of ideologies and belief systems. Feminists claim the equality between both sexes and the liberation of oppressed women as an equal to men. The word ‘feminism’ can be a scary and confusing word to some. Many people believe that feminism means hating men or wanting women to rule over everything– this could not be further from the truth comas!. Feminism simply means believing that men and women are equal, neither is better than the other and neither should be treated with more respect than the other. Everyone should be equal on all levels, simple as that. 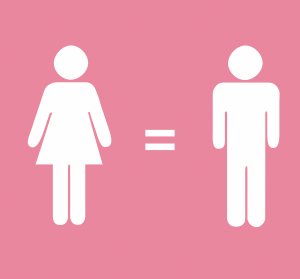 Why is Feminism important?

Feminism allows equal opportunities for both sexes. Gender roles (a set of conforming rules that say how a person should behave based on their gender) can be harmful to both men and women. The popular belief is that women and girls are meant to take care of the home while boys and men are meant to go out and provide for the family. Can you imagine not being allowed to go to school just because you’re a girl? Or being forced to stay at home and look after the house just because you’re a woman? This is the reality that many girls around the world face, even in this modern and developed era. Girls are not sent to school just because they are females. They are not allowed to uphold the same rights and facilities that boys hold. Which implies the ideology of Patriarchy, means that women are innately inferior to men.

Even today when a woman gets pregnant, people expect and hope that it’s a baby boy. No one feels happiness and joy on the birth of a baby girl. These are not biological but rather societal constructs. Feminists don’t deny the biological differences between men and women; but they don’t agree that how such differences as physical size, shape and body chemistry make men naturally superior to women. 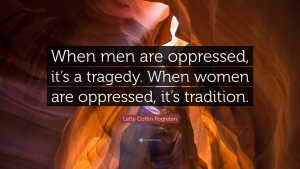 What factors makes women inferior and submissive to men.

There are numerous factors which contribute to the inferiority and subversion of women in our society. The foremost grounds are their women themselves have constructed their personalities as submissive and dependant on men. They have come to accept that they are good for nothing and therefore men have to look after them, be it their fathers, brothers or husbands. Submissive women their whole lives at first make themselves dependant on their fathers and then later in life on their husbands. They don’t even know the meaning of free sense of self, or how will it like to be free woman. Their personalities from the very start are beautifully constructed. They have been taught to internalize the societal norms. They have to deliver what society expects from them.

Our media sadly is also showing the societal expectations from women. Under many circumstances they are oppressed to keep their mouths shut, no matter of how much pain she must be going through. Failures are expected from women, they’ll say: She couldn’t do it because she is a woman.

On the other hand, Men are not permitted to fail at anything, because failure in any domain implies failure in one’s manhood.

To make this phenomenon more lifelike, take the example of Disney’s famous story Cinderella. It has been examined that childhood stories like these make the young girls to live in the world of imagination and dystopia.As it equates femininity with submission, encouraging women to tolerate abuse. Like Cinderella waits patiently for a man to come and rescue her, and view marriage as the only reward for “right” demeanour. The character of Prince Charming which requires men to be wealthy rescuers of the poor beautiful girls is responsible to make their women happy.

“Women’s chains are forged my men, not by anatomy”

The sole purpose of women now is to get married; they don’t try to build their career because at the end they thought it is of no use since they’ll get married someday. After marriage the purpose of women sifted to their husbands. They try so hard to please their husbands and other people sometimes out of necessity, that they forget their own self-esteem and respect. In the other hand men never make women their sole focus, he has millions of other things to worry about. He always spends most of his time working and earning money, because it is his responsibility alone. Women’s towering education (if she gets any) becomes useless after marriage if she doesn’t put it out practically. 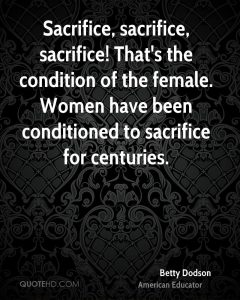 It is only women who are told to make sacrifices and compromises, and in doing so they often settle for less then they deserve. Women have to be of specific age, colour and background to get a perfect match, while no such restrictions apply to men.

“Man endures pain as an underserved punishment, while women accepts it as a natural heritage”

Solution to the problems:

Well, I am not saying that all women in our society are oppressed and not enjoying equal right as men does, but rather some are. Some husbands are that much supportive that they not only let their wives to do jobs, but they also fight for their feminist rights, and very evidence itself proves that Feminism is not gender biased. It is an ideology. It is a belief system which works for some people and not others. If a man is doing a job, then a woman also could. If a man is an educated doctor than a woman can also achieve that. If a man rides a motorcycle than a woman can also do it. Nothing in this world is gender biased, it is us, this society and our narrow minded thinking that has made the matters that much complicated. 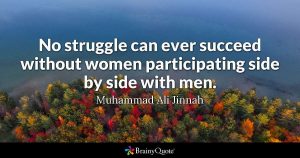 A woman should work, not because out of the need for money, but rather to keep herself busy and to focus her mind other than domestic issues. But nothing should be imposed on anyone, if she wants to, than she should do whatever she wants because no society and nation as a whole can progress without their women participating in every field of life.

Gender should not be the hindrance in success!!!!!

The imitation of Indian culture
How to succeed in life_ keeping moral and ethical values in mind.
To Top