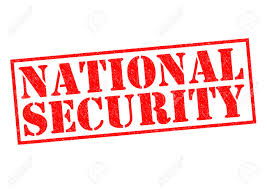 “What are the main causes that each country has initiated a National Security Council for people to adopt it?” In case to answer this question we need to identify the impetus of the national Security Council. We have to identify the goals of this study in order to identify the purpose of this study. Goals will be analyzed through the processes used to identify the security need to be conducted.
National security is defined as one phenomenon that used to protect and prevent the nation in many ways. National security will protect the interest of the country’s people. Interest can be of any sort, it differ from country to country. We have taken two nations into consideration for the comparison of interest of each country. United States of America involved major institutions to secure the policy making and implement national security measures very quickly. They also support to implement the effectiveness of policies. The institutes that are involved are the NSC, presidency, ministries armed forces, and intelligence agencies.
There are four phases involved in the national security, policy making and implementation. These are developing the good security measures, promote decision making, implement the policies and assess the policies.
Now another perspective is to compare above national security measures with current United Arab Emirate’s situation. President Sheikh Khalifa bin Zayed has ordered the federal law rules to design the Higher National Security Council. This Security Council has to see the achievements of the UAE’s security federation in all levels of cultural, environmental, social perspective.
The council has right to discuss the legislation of strategic plans, security policies to achieving the national security. It has right to make strategies in the interest of national security among coordination committees. This committee has right to check the efficiency of any disaster and crisis take place in country.

Research method used in this study is adequate and simple. In order to understand the situation firstly we have to identify that how each country arguments its national security and the processes involved to determine what are the national threats to nation and what are not? Comparison is always identifying using literature study of the study and results depicted from the area.

We have identified the current situation of each country through literature review process. We took a glance to define each country’s national security situation and the purpose behind each strategy by analyzing the purpose of National Security Councils.
Firstly, we choose Canada as study area. Definition defines that Canada is very vast; they can handle any type of security threat very easily. They take quick action if a threat tries to ruin their national security. We have identified that there are many factors that can effect there framework. The purpose of the organization will promise to fill the desires on quick response drivers. The public opinion was to provide the drivers, the forces and media awareness.

UAE, they defined their objective as successful achievement of the UAE security in all consideration. It makes clear conscience and simply defines the security rules. They developed a framework in which committee is establish that develop key leadership and engaging in security of the nation. They have developed many initiatives and show the National Security such as “National Emergency Crisis and Disaster Management Authority”. The other initiative that established is “The National Electronic Security Authority” and others organizations to enhance sovereignty of the UAE security.

This study concludes that there are three countries with each security committee called as National Security Council. We identified that Canada purpose is to develop key drivers. But United States due to attacks and threats they have created a security council to prevent and protect the dignity of the country from future attacks. The conclude result for United Arab Emirates was to quick response the countries’ safety and security of the country. We have concluded that United Arab Emirates is the most developed country in its Higher National Security Council. We are safe and secure in the UAE each day. UAE is collaborating with many others countries to establish the good precautions for security. In order anyone want to live in a secure country, it must to try UAE. Our research indicated that UAE is the collaborating country which shares the information with all other countries too. This is the final result concluded by this research study which fulfills the goal of the study.

One Child Policy: The End
Magical DIGITAL honeybee that works as drone!
To Top