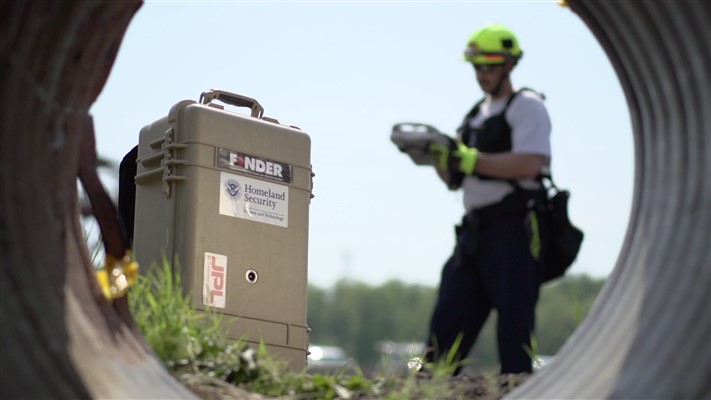 Many countries have earthquakes usually in a year. Nepal has hit by the earthquake which is 7.8 in magnitude on date of 25 April. NASA has developed the suitcase site to detect the heartbeats of hundreds of people hidden under the buildings to rescue them. They created the gadget that works like a FINDER and it supports the algorithm same to the NASA that uses to measure the orbit of satellites and evolving the Saturn and Jupiter. Government and scientists were gathered in Virginia to discuss about the pros and cons of FINDER device that what can it do to help the victims. This is the true device which work to find the people that stuck under the buildings. These tools are developed to help and support people because no one want to have earthquakes in their country, it is very horrible.

It is a combined project between homeland and NASA security laboratory that uses microwave signal technology that works thousand time higher than the technology of the phone. This device measures and detect the heartbeat of the person where ever he is in the world. It has ability to give signals of microwave to almost 30 feet and reflect back the signals of person or other creature who have heart. The weight is only 20 pounds in Nepal.

NASA will enhance the technology that used to measure the important people that stuck in the cars and faced the disease of Ebola. FINDER is very useful and small device. It can be equipped and mount to drones and search for anyone where areas are not accessible by the humans.

This technology is a factor and part of remote sensing. Remote sensing measures and capture the data which is related to earth. This new technology will be very useful that will detect the possibility of living of humans in many areas. They are supposed to capture the information and help the people to work for every problematic victim problem.

There are also some defects that can be used negatively. This device is dangerous using for the purpose of spying the one’s country. This devices cannot be used at the critical points. They are only allow them in very critical and crucial situation where human intervention is not possible.

NASA is also working to detect the voices of people and record them for used to detect and attack on terrorist. This project will help the police and army to accommodate many forces that want to eliminate the terrorists from the country. The data of FINDER will be available only to the some extents of the people where it needed. They have mounted the finder on a satellite that scans and send signals to the affected areas, that signals record the availability of humans and records the heartbeat. The stations records all the signal in workstation and then hands over to the officials of the Nepal. They have found almost thousands of people by using this technology.