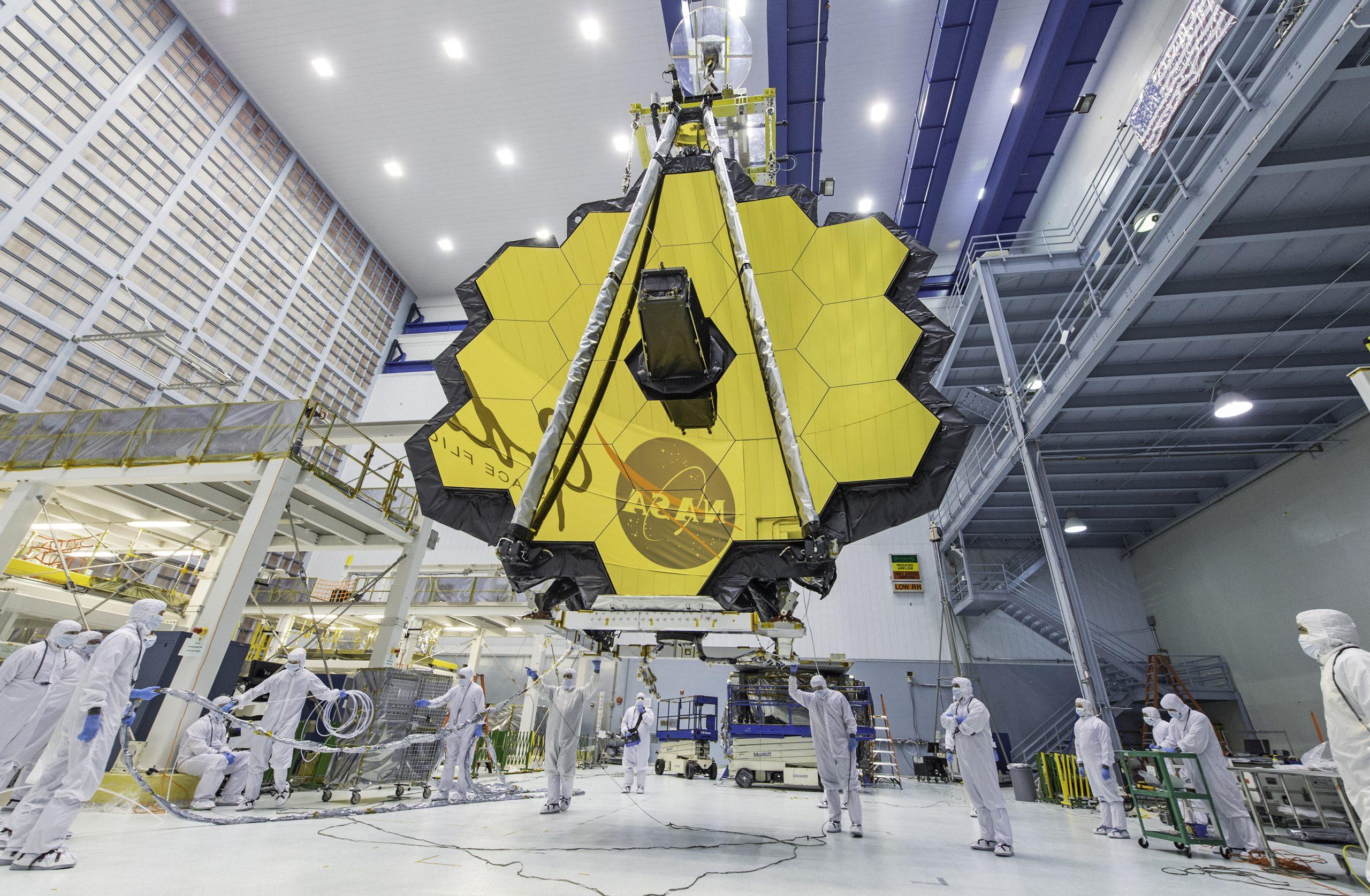 The world’s largest space telescope “James Webb Space Telescope” is launched into space. Here’s are all the important points you need to know about space telescopes and the Webb.

What is a space telescope?

What is the purpose of a space telescope?

Astronomers have utilized telescopes to observe stars at night for many years to get accurate information. However, the telescopes we create on Earth have limitations that are impossible to overcome. The Earth’s environment is a layer of air containing a blend of gases. This layer covers the Earth, absorbing and dispersing light-emitting photons. The atmosphere can only allow light transmission at radio and visible frequencies.

Our atmosphere causes light to bounce around, which makes images appear blurred. It also functions as an air blanket, letting through certain types of light while blocking some. This means that we can’t get all the light coming from an object. Hence the conclusion, In order to study the universe in more extensive frequency ranges. Such as the gamma rays and x-rays ultraviolet (UV), infrared, and microwaves. It would be best if you were above Earth’s atmosphere.

James Webb Space Telescope is an instrument for space created by NASA with the help of the European Space Agency and the Canadian Space Agency. The Webb is the biggest and most recent space telescope launched into space. It’s planned to replace the Hubble Space Telescope in NASA’s most important mission in astrophysics.

Why is it named “James Webb”?

Telescope’s name is for James E. Webb, who served as the administrator of NASA between 1961 and 1968. He played a crucial part in NASA’s Apollo program. James Webb led NASA during the 1960s when they were preparing to launch people onto the moon. After fire claimed the lives of 3 astronauts in 1967, Webb established the precedent that NASA will admit to its mistakes through open studies; he was an advocate of space science, in addition to spaceflight for humans. In 2002, Sean O’Keefe, then the NASA administrator, announced that the telescope to follow would be named in honor of, Mr. Webb. The idea of naming the space telescope after James Webb disturbed many astronomers.

NASA praised this massive infrared telescope worth $9 billion as the most crucial space-based science telescope of the next decade. The cargo compartment of the Ariane 5 rocket lifted the Webb, which blasted off around 7:30 am at EST from the European Space Agency’s (ESA) launch base in French Guiana.

The launch involves three mid-course correction burns, which ground controllers and engineers conduct. After the launch, It burns for approximately twelve hours and thirty mins. Results in Webb’s thrusters steer the spacecraft along an optimal path towards its orbital destination, roughly 1 million miles away from Earth. NASA hopes to provide ten years of operating life of Webb. Engineers intentionally left the fuel tank inaccessible to top-off via a visit by spacecraft if and when this technology becomes accessible.

The goal of The Webb’s launch

NASA directed this international endeavor. World’s top scientists and engineers designed the Webb to peer at the depths of space and reveal the faint glow of the first galaxies and stars, which gave birth to all the other things. Webb is the most helpful and valuable discovery in space science. Webb can accomplish the things scientists could not perform before; it is a breakthrough of space telescopes. The principal scientific objective for James Webb Space Telescope is to go deeper into space and explore the universe’s beginnings approximately 13 billion years back in time. From the beginning of time until now, the universe has been in a continuous expansion state that has resulted in the expansion of light from the visible spectrum and downwards into the infrared. You require a powerful infrared telescope to see the beginning of galaxies and stars, which now we have as JWST.

“We are going to discover incredible things that we never imagined.” – Said Nelson.

Webb is the perfect instrument to look for evidence of life-sustaining atmospheric conditions around various newly identified exoplanets, celestial bodies that orbit distant stars, and to look at worlds closer to us, such as Mars and Saturn’s moon Titan.

“The launch of the Webb Space Telescope is a pivotal moment – This is just the beginning for the Webb mission.”

Scientists predict the Webb telescope to revolutionize the way we observe the universe. Astronomers and astrophysicists have been awaiting its use for many years. Now we’ll get to watch Webb’s highly anticipated and crucial 29 days at the edge. When the spacecraft is launched into the space environment, Webb is set to go through the most complex and challenging deployment sequence that has ever been attempted in space. When the commissioning process is completed, you can see stunning images that draw our attention.

What are stars?
Resilience: The Art Of Caring For Right Things
To Top