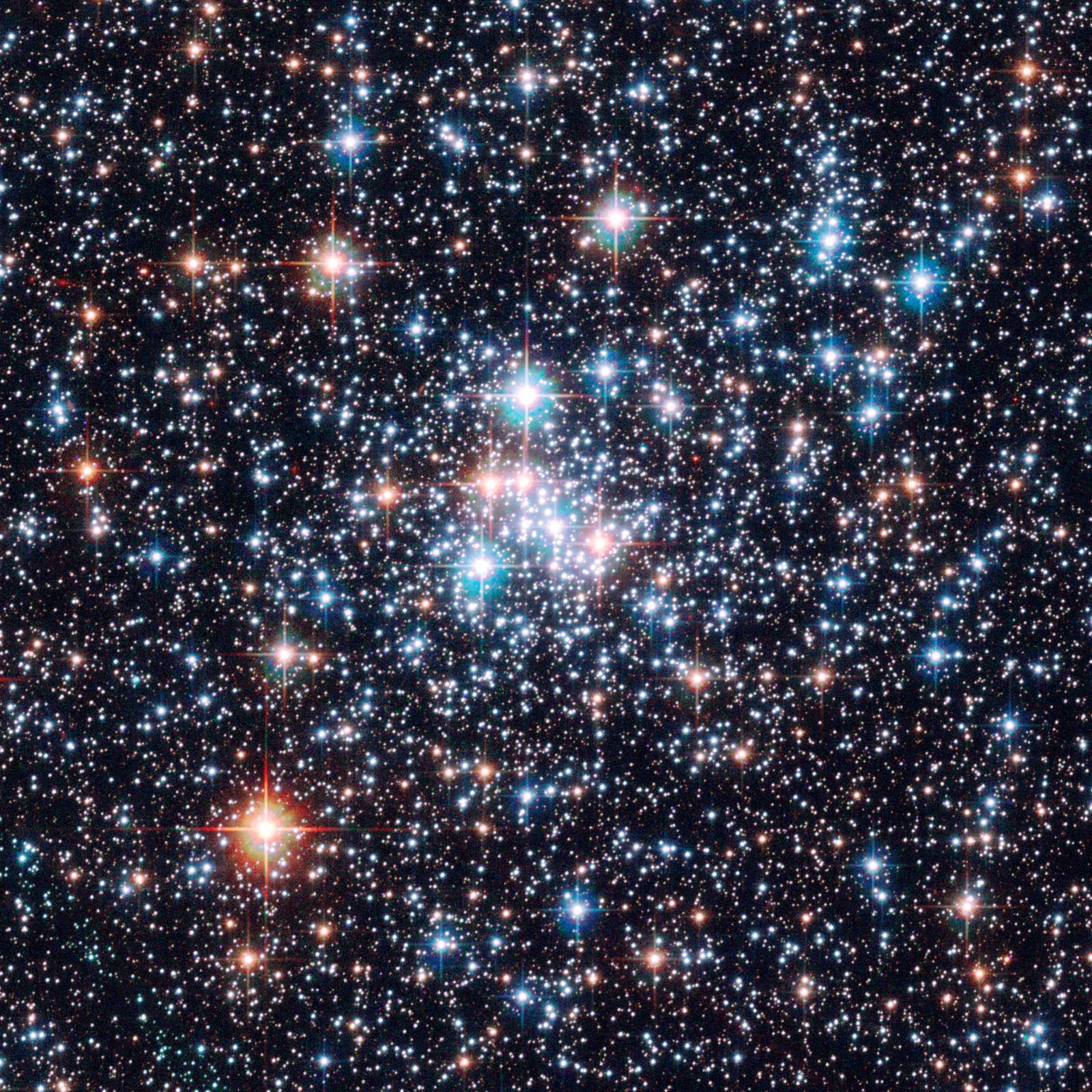 We have grown up since childhood with the melodic sound of “Twinkle Twinkle, little stars”. We have repeated this phrase countless times and even still the same sound echoes in our mind when we remember. Do you remember the remaining part also? If not then I can repeat it for you. It’s “Twinkle twinkle little stars, How I wonder what you are. In the next phrase there is a curiosity to know the meaning. Maybe we were curious about knowing them from our childhood and many of us are still wondering to know it. The conversion of the sunny day into night darkness comes up with the small diamonds twinkling in the sky like a jewel.

They spread all over the horizon and if observed keenly then we come to know that there is a huge storm of stars in the sky. Some of them are large enough and get visible with a casual glance. While some of them are far distant that we have to observe keenly with a naked eye or any other astronomical instrument to know their presence. They seem very enchanting but what makes them so beautiful that every sky watcher gets attracted towards them? In this article, we will have a detailed look that what they are and will touch on some of the science associated with their origin.

These are the astronomical objects and the fundamental building block of the large galaxies. To know the distribution, age, and composition of the stars in a galaxy will locate us the dynamics, evolution, and history of that particular galaxy. However, they are also responsible for the manufacturing of heavy elements such as oxygen, nitrogen, and carbon. To know the nature of these elements is a replica of the nature of the planetary system which is associated with them. As the result to study that how stars were born, their life span, and death is the motto of the researchers.

How stars were formed?

You can understand the concept easily if you have observed the galaxy in the sky with the help of a telescope. You see a huge cluster of stars in this galaxy. Also, some of the clouds of dust and gases are present over there. These clouds lead to the formation of stars at the end. One of the best examples is Orion Nebula. There is a huge disturbance or turbulence in it. The disturbance is due to its own gravitational pull. The stars collapse and those that are present in the center are heated up. These are called pro-stars. The hot core of the pro-stars will form stars later. The three-dimensional model of the galaxy shows that clouds are broken into two or three blobs. And researchers predict that this is why most of the stars in our Milky Way Galaxy have stars in the form of pairs or trios. The collapsing of the clouds gathers gas and dust in the hot core.

It is not compulsory that every hot core will form a star at the end. Some of them form comets, asteroids, and planets even. And some of them also remain as dust in the space. There is an interesting point to know about it. The collision is not at a steady pace. In January 2004, James McNeil who is an amateur astronomer discovered a small nebula near nebula Messier 78. When researchers pointed their instruments towards this nebula they discovered a very interesting fact about it. They found that its brightness varies. Later they explained that the magnetic field of the young star interacts with the surrounding gases that cause an increase in its brightness. It shows that the clouds are also involved in it.

Our sun is also a star. And to form a star which is of the size of our sun needs 50 million years from the time of the collapse of the clouds to adulthood. The fuel inside stars is hydrogen which is converted into helium gas by the process of nuclear fusion. The heat flows from the interior to the outside. It is necessary because it prevents them from collapsing on their own. Also, the sine of the stars is due to this heat energy.

Stars own various shine and colors and are then classified according to their characteristics. For example, the smallest star is known as red dwarfs. It only emits 0.01% energy and has little mass of the sun which is only 10%. It glows at the temperature of 3000-4000k. Despite these facts, these stars are the most numerous stars and their lifespan is of ten billion years.

The massive star of the universe is known as hypergiants. These are almost 100 or more massive than our sun. The surface temperature is more than 30,000 k. Also, they emit hundreds of thousands of times of energy than our sun. But the thing is that their life span is only a few million years. Although these stars are present from the time of the formation of the universe they are rare and only a handful of them are present.

Stars and the facts:

We have discussed above that the more the size of the star is the less is its life span and vice versa. So the most massive star lives up to one billion years. When all the hydrogen which is present at the core of the nebula is consumed then the nuclear fusion reaction stops. Now the energy needed for the reaction is no more but still the core stars collapsing in it. Also, some of the hydrogens are still present outside the core. Here it fuses and pulls the outermost shell of the core to the outer. As the result, there is increased heat in it which results in the formation of the red giant. The nebula expands and cools down.

Now if the size of the star is big enough then it will cause collapsing the core. The heat is huge enough that it will cause further exotic nuclear reactions. The helium present in this region will produce heavier elements such as iron. All of these reactions are temporary and highly unstable. So, gradually the internal fire of the star will star increasing and stars dying down. The outer layer of the star is thrown off and forming a cocoon of dust and gas. The size of the core decides that what is going to happen at the next moment.

As we know that the star which is often the size of our sun will continue to expand its outer shell. The process goes on until the stellar core of the star is exposed. It is dead but still extremely hot, called a White Dwarf. Now the size of the dwarf is roughly the size of our earth. But the astronomers are curious why it does not collapse further. The quantum theory has provided an answer to this question.

The pressure which is exerted by the moving electrons keeps it in balance. The more massive the white dwarf is, the more denser is its core. There is a prediction that after billions of years above our own sun will be among the white dwarfs. These dwarfs are very faint because of their small size and do not have any source of the production of energy. The whole process is only vulnerable for those stars that are 1.4 times the size of our sun. If the mass is above then the pressure of electrons will no more support it and further collision will occur.

The white Dwarfs may become Novae:

If the white dwarf forms binary of multiple star systems then it will form nova at the end. It is a Latin word that means new. Once it was thought that these are the new stars. But today we know that they are in fact old stars. If a white dwarf has a companion star in close enough, the gravity pulls that star’s outer layer onto itself. It builds its outer layer. The hydrogen stars accumulate here and when enough amounts are accumulated on the surface, nuclear fission takes place that brightens the white dwarf to expel the remaining material out of it. After some days, the cycle starts again. Sometimes if a white dwarf is 1.4 times more in mass than our earth, it deposits so much mass after a collision that an explosion occurs and it forms which is known as a Supernova.

The supernovae leave behind Neutron Stars and Black holes:

A supernova is more than a nova. For the formation of nova only star surface collapse but for supernova, the core collapse and then explosion occurs. After a complex series of reactions, iron forms at the core. Now the elements are heavier than the iron form. Such formations require energy rather than production. The star does not have enough energy to support its mass and its stars collapse.

The core shrinks to a dozen only and the temperature reaches up to 100 billion degrees. The core and the outer layer collapse. As the result, a massive amount of heat is released. The energy is massive enough to shine an entire galaxy. We discover 25-50 supernovas every year but they are far away and can’t be observed without a telescope.

Stars are celestial bodies and are of great interest to astronomers. They are present from the time of the origin of the universe. A huge cloud of gases or dust in our Milky Way Galaxy is destined to form star at the end. After various nuclear reactions in or outside the core of the stars, we have red giants, white dwarfs, nova, supernova, black holes, neutrons, etc. in our solar system. The massive the size of the star is the smaller is its life span. The whole nuclear process inside the core is being supported by the energy provided by nuclear fusion. When the energy supply is no more than it collapses or dies.

Why do we have seasons?
James Webb Space Telescope: The largest space telescope leaves the Earth.
To Top