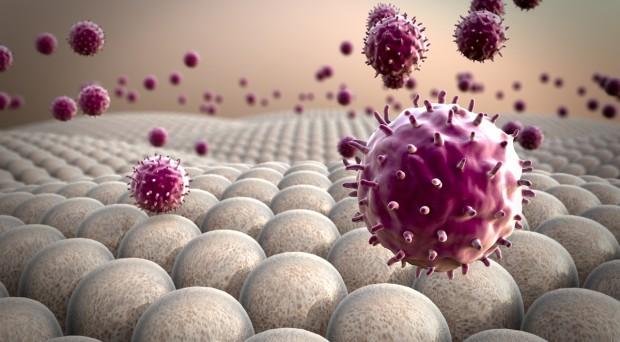 Immunology estimates, charts, and examines the body’s system of defense against the infection-causing microorganisms and with disorders in that system’s functioning. It is a healthy and protective mechanism for healthy body derives from word ‘immuis’ means, free from burden.

Immunology also contextualizes the body’s resistance to invasion by other organisms (i.e., immunity). Immunology has a vast array of applications in several disciplines of science and medical science like rheumatology, organ transplantation, parasitology, oncology, virology, bacteriology, psychiatry, and dermatology.

In case, the immune system is not functioning appropriately, it can cause diseases like autoimmunity, allergy and cancer. Research also shows now that immune responses can contribute to the development of many common disorders not commonly considered as immunologic, such as metabolic, cardiovascular, and neurodegenerative conditions like Alzheimer’s.

Why is immunology important?

An innovation that has perhaps saved more precious lives than any other medical advance was from Edward Jenner’s pioneering work in the mid of 18th Century. This ultimately led to vaccination in its modern form. A lot of other scientific breakthroughs in the 19th and 20th centuries lead to the manipulation of amongst other things such as identification of blood groups, safe organ transplantation. In the recent era, immunology has changed the face of modern medicine by predominant usage of monoclonal antibodies throughout science and healthcare.

Immunological research also continues to expand horizons in understanding of how to treat specific health issues along with the ongoing research efforts in autoimmune diseases, vaccines for emerging pathogens, such as Ebola, and immunotherapy. Advancing knowledge of the basic immunology is significant for the clinical and commercial application. To manage a wide array of diseases, discovery of new diagnostics and treatments has facilitated with its help as well. In addition, coupled with advancing modern technologies, immunological research work has provided significantly important research procedures and tools including flow cytometry and antibody technology.

What is immune system?

Immunology primarily covers the immune system which may include immune tissues and organs, immune cells, immune molecules, and tissues to provide non-specific and specific protection against microbial toxins, microorganisms, and tumor cells. Examining its structure and function is crucial to human survival. Immunity refers to the state of protection from infectious disease and immune response is the collective and coordinated response to the introduction of foreign substances. Immune cells communicate with the help of soluble mediators (extracellular, receptor/ligand-specific, paracrine vs endocrine), signal transduction, and direct contact including antigen and cytotoxicity.

The major components of the immune system are cellular in nature and are typically not associated with any certain organ. They are widely present in circulation process throughout the body.

Primary immune organs are involved in the formation and maturation of the immune cells. They include:

Secondary immune organs play roles in the activation of immune cells, such as:

Three main types of cells are involved in immunity:

These cells circulate in the blood after leaving the bone marrow and survive only a day or so before they enter the tissue to mature into macrophages. They are involved in phagocytosis and intracellular killing of the microorganisms, generation of toxic metabolites through respiratory burst, and the formation of nitric oxide, hydrogen peroxide, superoxide  anion.

Monocytes/Macrophages are antigen processing cells which can chew ingested proteins, and degrade enzymes in lysosomal granules. When monocytes enter the tissues, they are called macrophages where they may increase the production of intracellular lysozymes and bring about greater phagocytosis. Macrophages can live in tissue for several years.

Activation of these cells takes place either by the phagocytosis of antigens or in response to the T cell derived cytokines. After activation, they chracterize and remove the unwanted particles secrete cytokines, lysozymes, chemokines, and other factors to regulate the immune response. In chronic inflammation, macrophage scavengers can become giant cells for foamy macrophages.

When macrophages stable in tissues for prolonged periods of time, they carry different morphologies depending on their tissues of residence, such as they are called mesangial cells when present in the kidney, microglial cells in the brain, and Kupﬀer cells in the liver.

The important functions of macrophage include:

They develop from stem cells present in the bone marrow. B lymphocytes produce antibodies with accuracy for antigens and present it on their surfaces to function as BCRs. They play an integral part in humoral immunity.

B cells form terminally differentiated plasma cells to secrete immunoglobulin. B cells can switch to form a different class of antibody, with the same antigen specificity upon activation. The process of activation into antibody secreting cells depends on antigen.

T lymphocytes are formed in the thymus which are highly specific in cell mediated immunity regulating immune responses. They are also important in the production of B cell-antibody. One of their groups destroys infected cells by inducing apoptosis while the other group secrete cytokines that activate B lymphocytes and phagocytes. Some phagocytes grasp the pathogen and display fragments of its antigens on their surface when pathogens infect tissues. These antigen presenting cells stimulate the production of a T lymphocytes clone that migrates to the site of infection under the direction of cytokines.

T cells provide specific defence as they contain specific surface proteins that allow them to differentiate between the surface molecules of the body’s own cells and cells with foreign molecules on their surface.

What is bipolar disorder?
Mating in pigeons:
To Top