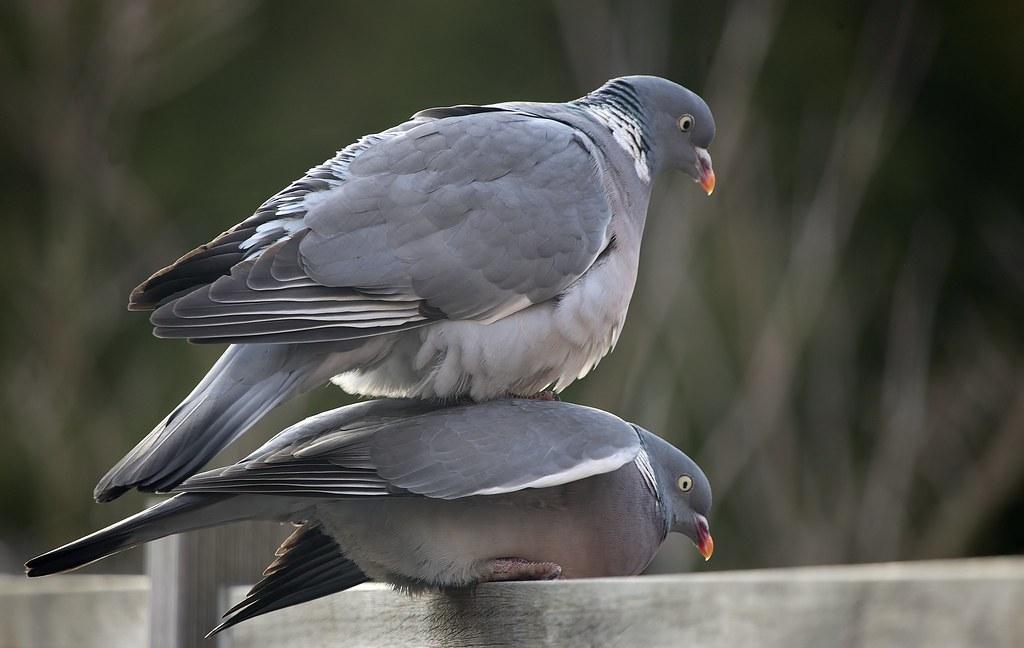 Our living sites especially in rural areas are beautiful because of the specific markers that we own. These markers include greenery, fields, animals, birds, rivers, canals, etc. All of these components are equally important for granting beauty to our place. You can say if such an environment is not there, we can never get closer to nature. Out of all these essentials, birds are playing a key role. The chirping sound and crowd in the sky give a mesmerizing sense to the onlookers.

Pigeons are waving from one tall spot to the other giving delighting feel. They are not only important for providing a healthy environment but also considered for some holy sites. For example, you had seen numerous species of pigeons on tombs because they are considered sacred there. Now the point of attention is how they reproduce? Such a tremendous number is made possible by the fact that they reproduce at a very fast rate. In this article, we will get to know how and when mating occurs in pigeons.

Pigeon is a wild breed of the rock dove. They live in rock faces, mountains, etc. But in rural areas, they are forced to build their nests in trees because of the tall buildings that are built in their own place.

How do male pigeon attracts female?

For mating, attracting female pigeons is the key initiator. For this purpose, the male pigeon flippers his wings and expand them large to call female towards him. Once she gets attracted he expands more and walks behind for chasing. When a courtship has been established, the male will feed her by regurgitating food. Now both of them can mate for a longer time.

Pigeons also like cuddling. If you have kept birds in your home then you must have noticed them cuddle and attract towards each other. They give light pecks on the neck and head. Also if a pigeon is out for searching food then on returning to the nest, the partner will welcome him with open arms. All of these gestures are meant for affection towards a partner.

It is true that pigeons do not have sex organs like other birds. Then how do they mate? Pigeons can mate via mutual opening for food and reproduction are known as the cloaca.

It is an internal chamber that opens externally and through which males can discharge sperm into the female reproductive tract. The same opening also serves for other purposes such as for urinary and digestive waste also for laying eggs.

There are no male or female sex organs so mating is possible by touching the cloaca. For this purpose, the female lowers down to grant access to the male for mounting. This activity will proceed in a way unless both cloacas touch each other. This is called a cloacal kiss. It will transfer sperm into the female reproductive tract. She will store them unless they get fertilized with the egg for fertilization. The whole process lasts for almost a couple of seconds.

Now the question is when pigeons will mate in a whole year? Pigeons produce milk called crop milk. It is a mixture of some of the digested food as well as some secretions for feeding young ones. So anytime when they will produce it, they can mate. Generally, mating can occur six times per year and it is not compulsory to give birth to a young one after every mating. Most of the mating is not successful enough for giving birth to the fetus. Even after laying eggs, not every egg will hatch to give birth. So it all depends upon the conditions.

If you have different types of pigeon species and want them to make then you can do it with some of the considerations. It is true that they will be restricted to mate with the pigeons to which they never had. So just keep them in a closed cage where they can’t see or touch each other. For one week, just let them hear each other voices. Now allow them to see each other but still restrict touching. After 15 days of practice, they have been aroused and ready to mate at the moment. You can also feed them with healthy food to boost their fertility.

How to recognize male or female pigeon:

Both male and female pigeons look alike. In fact their sex organ, the cloaca is the same so it is difficult to distinguish. For this purpose, you have to observe keenly. Look at their behavior when they are in a group. The one who is walking around, flipping his wings for chasing other pigeons is male. Also during mating, the one sitting below the other is female.

You have seen that pigeons are able to mate with their children also once they get puberty. It is quite normal. But still, male pigeons are very possessive with their partners. They can cheat with any other female pigeon in their absence but once they are around for mating, they will restrict others to come near.

During mating, a male surrounds a female and if another male comes near he will chase him unless the other get apart. Also, females will run away from another partner in the presence of their own partner. Female also cheat like she is more attracted to the male who is becoming more aggressive or dominant for having such activity.

For two male pigeons, mating is not possible. It is because most of the time, male pigeons become aggressive towards other male pigeons and fight for a place. If you have seen that two pigeons are fighting in the cage, it may be for a place or protecting his female partner to go away.

We discussed that crop milk is necessary for the baby pigeon to get nourishment. So if you will take a newborn baby apart from his parents then it would be cruel. It is because the newborn is unable to feed o raw food. For almost four weeks, they feed on crop milk and after that, they themselves are able to digest solid raw food. Also, if one of the partners is missing, the other will not take charge of the fetus, and eventually, it will die. During nourishment, the baby also needs heat for digesting food which is provided by the parents.

However, there are some alternatives that you can use for giving life to the newborn after rescuing. Feed him with liquid food which is a mixture of grains powder equally mixed with the water. This liquid should be given into his beak with the help of a small syringe. It needs to be given after every four hours. Also make some arrangements for providing heat via bulb, cotton, etc.

Pigeons are the wild breed of the rock dove. They live in rock faces or mountains. There is no sexual organ in male or female pigeons so they mate with the help of a common opening called the cloaca. This opening is meant for several other purposes such as urination, pooping, laying eggs, etc. Flipping wings and attracting female partners towards him is the key initiator of mating.

After the establishment of the courtship, the female lowers her down to allow the male pigeon to sit on. The cloacal kissing will transfer sperms from the male to the female reproductive tract. Pigeon produces crop milk for the nourishment of the young one. Once they produce it, they are ready for making. Also, the presence of both partners is necessary for nourishing newborns. However, you can use some of the alternatives for giving life to the newborn in the form of providing liquid feed or heat.