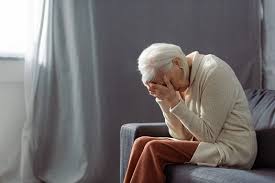 Dementia is a broad term used to describe a loss of mental functions and various symptoms of cognitive decline. It is group of various underlying conditions and brain disorders. Dementia can affect:

Dementia is severe enough to interfere with the daily life activities. It is actually not a disease but caused by a variety of impaired abilities to remember, think, or make decisions and may range from mild to severe. It may also affect personality changes.

How common is dementia?

Signs and symptoms of Dementia

Major symptoms of dementia depend on its causes and stages. Some general symptoms include:

These symptoms may show experiencing a severe decline in memory and mental ability. A large number of people with dementia are unable to control their emotions and may become apathetic. As a result, they may not hold their inhibitions and stop considerate about other peoples’ feelings.

Who is at risk for dementia?

Certain factors can increase the risk for dementia, such as:

Dementia may not progress same in everyone as in most cases, it can be severe getting worse with time. Yet, most people deal with mild cognitive impairment along with early, moderate, and late stages. Below there is a detail discussion of these stages.

Older adult individuals may develop mild cognitive impairment (MCI). They may never progress to dementia or any other mental impairment in their lives but most commonly face trouble recalling words, forgetfulness, and short-term memory problems.

At this stage, people may experience early dementia signs which may not hint that a person has dementia. Symptoms include:

At this middle stage, dementia starts interfering life activities, so these kinds of people may require special care from a loved one. The signs become more noticeable such as:

At this late stage, not only mental signs but physical symptoms also continue to a decline. Affected person requires full-time care, as the effects of the symptoms start becoming worse. Some symptoms include:

A better understanding of these stages can help diagnosing dementia.

Several certain types of dementia may also cause complications with balance and movement. These forms can be partially manageable, but aren’t reversible:

Dementia can be divided into two groups on the basis of which part of the brain is affected.

Alzheimer’s and Creutzfeldt-Jakob disease are the main forms of cortical dementia. It happens because of complications in the cerebral cortex, the outside layer of the brain. They play a significant part in memory and language. Cortical dementias may affect the severe memory loss and people can’t remember words or visualize.

Parkinson’s disease, HIV, and Huntington’s disease can cause subcortical type of dementia. It happens when serious problems develop in the parts of the brain beneath the cortex. Usually, people with this dementia tend to fluctuate in their speed of start activities and ability to think speedily. They may not experience forgetfulness and language issues.

Some forms of dementia may affect both brain parts, such as; Lewy Body dementia is both cortical and subcortical.

How is dementia diagnosed?

For the purpose of diagnosis of dementia, a health care provider must recognize the pattern of the difficulty of skills and function and check out the ability what a person is still able to do. Doctor should examine a medical history and symptoms to carry out a physical examination test. Asking someone close to that person about symptoms can also find helpful in diagnosing dementia.

Doctors are likely to perform several tests that can help finding out the problem. They can include:

There is no exact cure for most types of dementia, but treatments may help to improve mental functions, manage severe symptoms, and slow down the vulnerability of the disease. They may include:

These can only improve memory temporarily and slow down dementia decline and can manage symptoms like depression, hallucinations, parkinsonism, agitation. sleep problems, and muscle stiffness. Following medicines are used commonly:

These medications help slowing down the progression of cognitive changes and may lower the effects of medicines and prevent eventual worsening of the underlying conditions.

Alongside medications and therapies, leading a healthy lifestyle, like healthy eating regular exercise, and maintaining social contacts can decrease the chances of developing severe dementia stage.

Changing Your Habits Leads To Transforming Your Life
What is schizophrenia disorder?
To Top