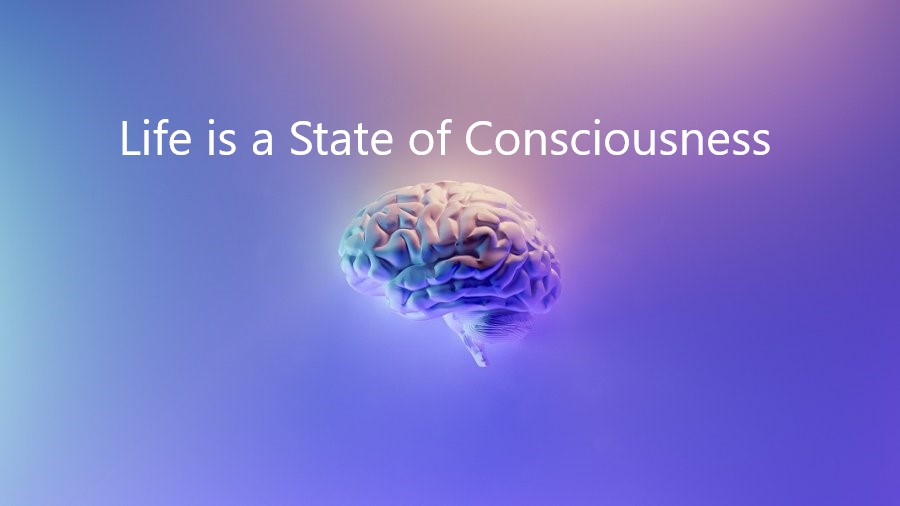 In daily life we know what we are doing, we feel ourselves thinking, working, feeling things, making memories and taking actions. We are aware of these experiences happening with us. What is phenomenon behind our abilities to believe that we are alive, realize our existence, aware of happing events, make memories and feel ourselves thinking? How we become aware of everything? These questions are leadings us toward a psychological term consciousness. This is very complex phenomena in the world of psychology. Sometime psychologists neglect the importance of it. In early days, behaviorists argue that the only thing we feel and experience is our behaviors and there is nothing such as consciousness.

There are three main points that has been using for decades to explain the nature of consciousness. The first point is that it isn’t something we call as natural phenomenon. It is above nature. This is supernatural or something that isn’t explained by humans. It works on the law that is above nature that’s why humans are not able to explain this phenomenon. Because all natural laws are consist of physical factors and matter.

The second philosophical point to explain consciousness is that it is natural but there are so many reasons behind its non-understandable nature. The phenomenon of consciousness is happened due to the nature of our brain but the process behind this phenomenon is beyond the human understanding. We are not able to understand this phenomenon because our brain isn’t capable enough to understand it. It require more complex brain system than ours to explain the process of conscious mind. We can explain every single aspect of human brain except this because it is a poorly defined and vague concept.

The third point to explain this phenomenon is that we are conscious and our consciousness is generated by the activity of our brain and we should be optimist to understand this phenomenon.

There are different states of consciousness. Some states happened by nature and some happened trough un-natural ways such as taking drugs and having any brain injury or damage. These things cause a prominent change into our consciousness and which also alter our way thinking, perception, interpreting and understanding the world around us.

Following are the different states of consciousness.

Dreams are a state of consciousness. Dreams happened when our brain become conscious during sleep. We become aware of things such as feelings and thoughts during sleep and having dreams.

Hallucination are also includes into state of consciousness. In hallucinations we become aware of things that actually not happing but it feels like it happening. This happened due to drug use or any brain damage. This is not a normal thing.

Coma: is a state of conscious mind when our brain stays awake but our body sleeps.

Meditation is a state of conscious mind when we focused on one though and feel specific things to stay calm and mentally healthy.

Sleep is also a state of conscious mind because during sleep we are connected with our surroundings.

To know about the different states of consciousness is important because change in consciousness may be a sign of any brain damage or other medical emergency. When a person feels change in their consciousness they should contact to a professional immediately.

Theories of Mayan and Incan

In history Mayan and Incan civilization was the first one who brought up the concept of consciousness. This was the first era in which there were different explanations on consciousness including spiritual, moral, medical and psychological. These theories include both western and eastern cultural aspects.

Mayans were also considered as among the first who define the level of consciousness in an organized way. They also explain the purpose and temporal connection of consciousness to humankind. According to them it is important because it incorporates with the both external and internal stimuli. Mayans also believed that it is most basic form of our existence. Incan on the other hand explains in their theory that consciousness is a progression that is not just related to our awareness but it is also concern to others.

Sigmund Freud is known as the father of psychology and his theory on consciousness is the mile stone of his work. He was a medical doctor and developed his own theories through his observation and case studies of his patients. His theories includes in the most popular theories of western world. In his theory he divided consciousness into three level of human awareness. These three levels are emerged with the famous Freud idea of id, ego and super ego.

Following are the three level of awareness according to Freud.

Conscious: it is consists of all the things we aware of at moment of time. Our thoughts, feelings and knowledge about ourselves and our surroundings includes in this level.

Unconscious: our unconscious is a complete different world. It is consist of feeling, thoughts, emotions, desires and memories that we are not aware of and it is outside form our conscious mind. These memories, thoughts, feelings and desires are related to any painful experience and conflicts. Our unconscious is created by things we repress because of certain reasons such as societal pressure and unacceptability. Our unconscious thoughts and memories are stored by our awareness and also have a great influence on our current behavior.

The developmental psychologists suggest that conscious mind is not a single entity but it consist of complete developmental process. This process requires potentially high stage of moral, spiritual and cognitive quality. Developmental psychologists also claim that our consciousness changes in the degree and quality though out the time period of our life. There is a great qualitative difference between the conscious mind of an infant, toddler, teenager or adult. The abnormal developments in our brain also affect our consciousness as much as they affect our mental health.

Neuropsychologists suggest that the consciousness is part of our organic brain and it is inborn in our neural system. There is no connection between experience and our conscious mind but it is out inborn tendency. There been so many studies in which neuropsychologist try to explain that consciousness is happened due to any brain part that is happened without human effort. The different techniques are used in such type of studies for example fMRI and EEG for brain imaging.

Confidence: The Leader to Success
Thinking Process and Different Types of Thinking
To Top