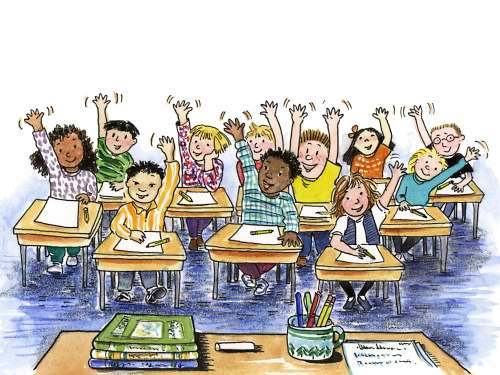 In the time of 1950s and 1960s, the Audio-Lingual Method was one of the dominant methods in the field of education. The audio-lingual method focuses on audio-lingual skills instead of reading and writing with extensive practice patterns. This method is also a method of foreign language teaching. Students learn language by repeating or imitating the dialogues of everyday situations. There is a need for a drill chain to learn the language through this method.

The audio-lingual method also has a lot of similarities with the direct method. These two methods were introduced in opposition to the Grammar Translation Method. Both methods rejected the use of mother tongue and stressed speaking and learning competencies followed the reading and writing competencies. The audio-lingual method emphasizes grammar drills and the direct method which focuses on vocabulary teaching.

This method based on two things:

Structural view of language has the following related elements:

The above-mentioned units and items are used for the meaning transmission.

If we relate these mentioned above elements to foreign language learning then it means:

If we look at the history, audio-lingual had 2 main steps and also 2 phases:

During the 2nd world war, this audio-lingual method was introduced in the US. At that time government desperately needed a special program of language training to supply the war with language trainers. So for military personnel government ordered American universities to develop foreign language programs. In 1942 this program was established. Army Specialized Training Program (ASTP) was its first name. Then it was called Informant Method. Later on, due to its association with the army, it was called Army Method.

At the end of the 1950s, there was increased attention towards foreign language teaching in educational institutions. So, educational planners developed a new teaching method based on Army Specialized Training Program (ASTP), structural linguistics and behaviorist theory. The combination of these 3 approaches also led to the development of the Audio lingual method. In 1964 professor Nelson Brooks coined this term. North American colleges and universities widely adopted this method for foreign language teaching.

In the 1960s many linguists criticized the audio-lingual method. They claimed that:

Learning principles that became the psychological foundation of Audiolingualism and shape its methodological practices are following:

Accurate pronunciation and grammar is the objective of the audio-lingual method. It gives the ability to learners to respond quickly and accurately in speech situations. Mastering the building blocks and rules of language is the particular emphasis of the audio-lingual method. It was a belief that the starting point for students towards language learning was grammar. Following are some characteristics of this method:

The main distinctive feature of the Audio lingual method was using drills and practice patterns. Activities used by this method are following:

When students repeat an utterance again and again then while repeating he adds more words to it.

While repeating a sentence when one word appears in another form then inflection will take place.

When one word is replaced by another word in a sentence then it is called a replacement.

When the student rephrases the statement and then according to instructions addresses it to someone else.

The student hears an utterance that is complete except for one word and then while repeating the utterance in completed form.

When a word is added in a sentence then it is necessary to change the word order, then transposition will take place.

Contraction takes place when a single word that can replace the phrase or clause..

Transforming the sentence by changing its tense, mood, voice, aspect, morality, or made it negative or interrogative.

Integration takes place when two separate sentences are incorporated or combined into one sentence.

The rejoinder is a quick reply in the following ways: Polite, agree, disagree, witty, surprise, etc.

A word that takes a certain place when it adds to the sentence sequence is called expansion.

A teacher is like an orchestra leader in the audio-lingual method. He leads the students in language learning and is responsible for providing the students with a good imitation model.

Students’ outcome depends on how teachers direct the lesson to them. In the beginning, students cannot understand the learning material quickly so teachers must provide varieties of drills and tasks to keep learners motivated. We cannot blame the method if students fail in getting the target outcome because there many other reasons like for instance:

Here are some principles which a teacher should use while using the audio-lingual method:

Learners should focus and careful in imitating or repeating the instructors’ intonation and pronunciation.

Following are some roles of instructional material in the audio-lingual method:

There are many advantages of the audio-lingual method some of them are following:

There are some disadvantages of this method which are following:

This theory has such a solid theoretical base which is the main reason for its acceptability. This is the first language learning method that focuses and puts stress on learner’s communicative competence. Though this method has a positive side but the practice of this theory failed because of its scientific credibility. However, although in a limited scope but still this theory influence and used in language teaching methodology.

June Month
How to Cope up With the Loss and Accept it.
To Top