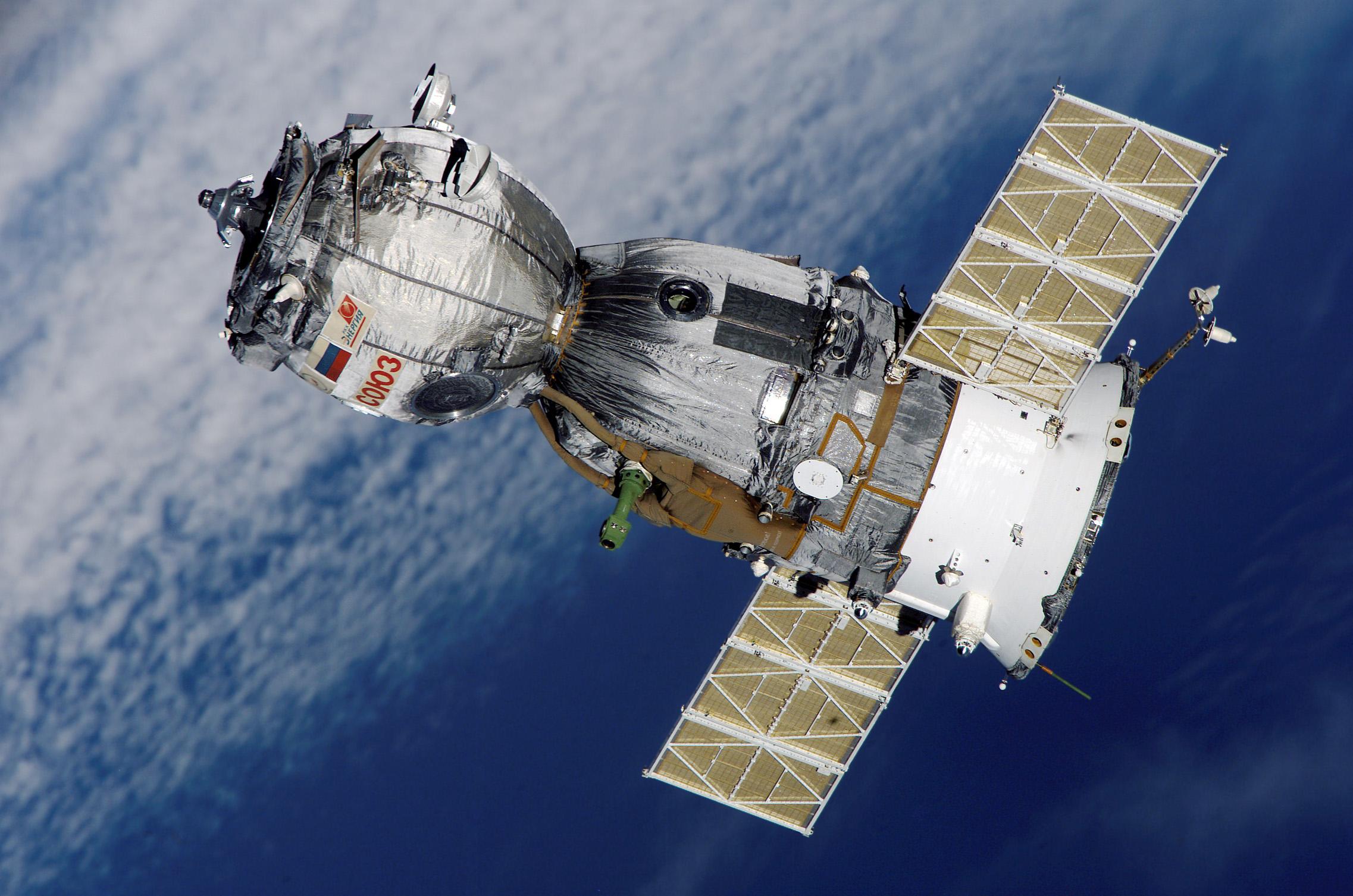 A spacecraft is like an artificial satellite and is designed in a way where it can fly in outer space. It is designed for various purposes such as telecommunication, navigation, launching satellite into space, etc. Spacecraft are designed in a way in which they can work best in harsh environments. The complexity of the design of the spacecraft depends upon the mission. For knowing further details about spacecraft you can follow the link https://www.fajarmag.com/what-is-a-spacecraft/. In this article, we are going to discuss eight robotic spec craft classifications. In the end, the reader will be able to understand it in reference to its mission.

These spacecraft helped us for exploring the solar system at the beginning. Flyby space crafts will orbit around the sun continually and you will never find them, orbiting around a planet. There is a complete setup in which it can capture the data from where it will pass. The moving celestial bodies that we observe in the view felid of the device are due to the optical instruments. It must send the data down to the earth. Also, data has to be stored in it when its antennas are off the earth. It must endure a long duration. The flyby can be stabilized into three axes due to the presence of thrusters or reaction wheels. Also, it can spin continually for stabilization.

Examples: One of the best examples of the flyby spacecraft is the pair of Voyager spacecraft. Its mission was to encounter Saturn, Jupiter, Neptune, and Uranus systems. There are many other examples such as Mariner 2 which was sent to Venus. Mariner 6 and 7 were sent to Mars and New Horizon to the Pluto-Kuiper Belt.

A spacecraft is meant to travel over a long distance. There must of enough propulsion capability so that it can reach the destination and orbit the planet to complete its mission. It must be considered that during rotation; a planet can shadow the instrument to hinder the solar radiations coming from the sun. As the result, the solar panels working for converting solar energy into electricity may turn off. This thermal variation may also cut off the communication of the spacecraft down to the earth. The orbit space crafts are working for the deep study of all planets. There is a huge list of orbit spacecraft such as Cassini, Messenger, Mars Global Surveyor, Magellan, etc.

One of the best examples of the orbiter is Galileo. In 1995, it was sent into space for orbiting around Jupiter.  Some other examples include Messenger Mercury Orbiter, Cassini Saturn Orbiter, Mars Odyssey, Jason Earth Orbiter, Magellan Venus Orbiter, etc.

As the name indicates the atmospheric space crafts are designed for tracking the atmosphere of the planet or satellite. Typically an atmospheric spacecraft does not need any propulsion sub-system or articulation control sub-system. There is only a need for batteries as an electric source. There is a requirement of the telecommunication system so that it can send back data to the earth. It will collect information about the cloud content, lightning, temperature, pressure density, etc.

Atmospheric spacecraft needs another spacecraft with which it can be launched into space. For example, in 1995 when Galileo was sent to Jupiter, it was placed into impact trajectory. It increased its spin so that it can be stabilized after it enters the atmosphere. After the probe spacecraft releases its Galileo spacecraft, it becomes Jupiter Orbit Insertion trajectory. There is an aeroshell sheet around the probe that will protect it from the extensive heat of the atmosphere during compression. After that parachutes were deployed and aeroshell jettisoned. The whole mission is completed on the battery power and it sent the data to the earth. In 1978, there was a Venus Multiprobe Mission in which there were four atmospheric spacecraft that were sent into space and it returned back data to the earth.

The prime example of the atmospheric spacecraft is the Huygen. It was sent to Saturn’s moon Titan with the help of Cassini.  There are some other examples such as Vega Venus Balloon, Titan “Aerover” Blimp, Pioneer 13 Venus Multiprobe Mission, etc.

The lander spacecraft are designed in such a way that they can bear the harsh environment of the planet as well as it can orbit around it. There are various successful missions that set an example for us. For example, Soviet Venera Landers was able to endure the harsh surrounding of Venus. In return, it was able to analyze the chemical composition of the rocks. We received various colorful images of the place. Same for mars, JPL’s Viking landers, and for earth Moon Surveyor series of landers were able to carry out the mission. In 1997, a Mars Pathfinder project was carried out at the surface of Mars for studying its atmosphere, soil, and interior. This lander was later named as Carl Sagan Memorial Mars Station according to the mission is fulfilled.

An example, of the Lander spacecraft, is the Mars pathfinder. There are other examples such as Surveyor moon Landers, Venera 13 Venus Lander, and Viking Mars Landers.

It is designed in a way in which it can enter into the surface of the celestial body such as comets. During penetration, it can measure the properties of the penetrating surface. The data will be telemetered to a craft for its transmission to the earth’s surface. In 2013, only a small number of missions have been carried out. A cometary penetrator which was meant for the mission Asteroid Flyby (CRAF) was launched but later it was canceled in 1992 due to the shortage of funding. Another mission to Mars abroad the Mars Polar Landers was successful in striking its soil. But due to an unfortunate situation, it was unable to transmit any data to the earth.

One of the examples of the penetrator spacecraft is the Deep Impact spacecraft. It was launched in 2005. It successfully targeted the comet 9p/ Tempel and was able to collide with the nucleus of the comet. As the result, it released a plum and it was observed directly by the spacecraft. Some other examples are Ice Pick Mission to Europe, Deep impact Mission to the comet, and Lunar-A Mission to the Earth’s Moon.

It is an electrically powered spacecraft. It is operated by the JPL which is making an effort to explore Mars. In 1997, the first Rover was carried by the Mars Pathfinders. This highly successful mission which was powered by Solar radiation was called as Sojourner. The rocket-bogie system is so powerful that this system was used by all Mars landers to date.  The main purpose is to take photographs, analyze soil, collect data, and back it to the earth.

The most popular rover spacecraft is the Sojourner Rover.

It is designed in a way in which it will not directly travel to the target rather it has to observe the planets or the sun from a distance. It is because of the facts that the burning environment of the earth’s atmosphere can damage the instrument. There is a NASA program in which they observed the universe from visible light to gamma rays. In this project, there were four observatory spacecraft were used. These are the Chandra X-Rays Observatory, Hubble Space Telescope, Space infrared telescope, and Compton Gamma Ray. In the future, several other spacecraft will be deployed to space for further exploration.

The JPL SIRTF is the prime example of an observatory spacecraft.

They are abundant in the orbit of the Earth. The communication facility transfers data among various sites such as California, Australia, and JPL. It uses the GPS navigation system to maintain time accuracy thought out its operation. In the future, it can be launched to Venus, Mars, and other planets. It can also communicate with other orbiters, penetrators, and atmospheric spacecraft.

The spacecraft is also classified as a crewed or non-crewed spacecraft. The crewed spacecraft are those that can support the life of the human during its flight to space. It must have human rating certifications or a breathable environment. The atmospheric pressure should be 1atm and the temperature lies between 68 F to 75 F. It includes space stations, capsules, and spaceplanes.

On the other hand, the non-crewed spacecraft are the robotic space crafts that are devoid of any human on board. It has a whole setup in which it can be controlled by the human via remote or many be they have pre-planned programs to direct them for a specific mission.

We observe that there are numerous space crafts that are scattered over the sky. Some of them can easily differentiate from one another on the basis of the classification system. However, some of them can’t be differentiated. The design of the spacecraft is according to the mission that it has to perform. Generally, these are divided into eight categories such as Rover, Atmospheric, lander, Penetrator, Flyby, and observatory spacecraft. Some other classifications are also possible such as powered or unpowered spacecraft and crewed or non-crewed spacecraft.