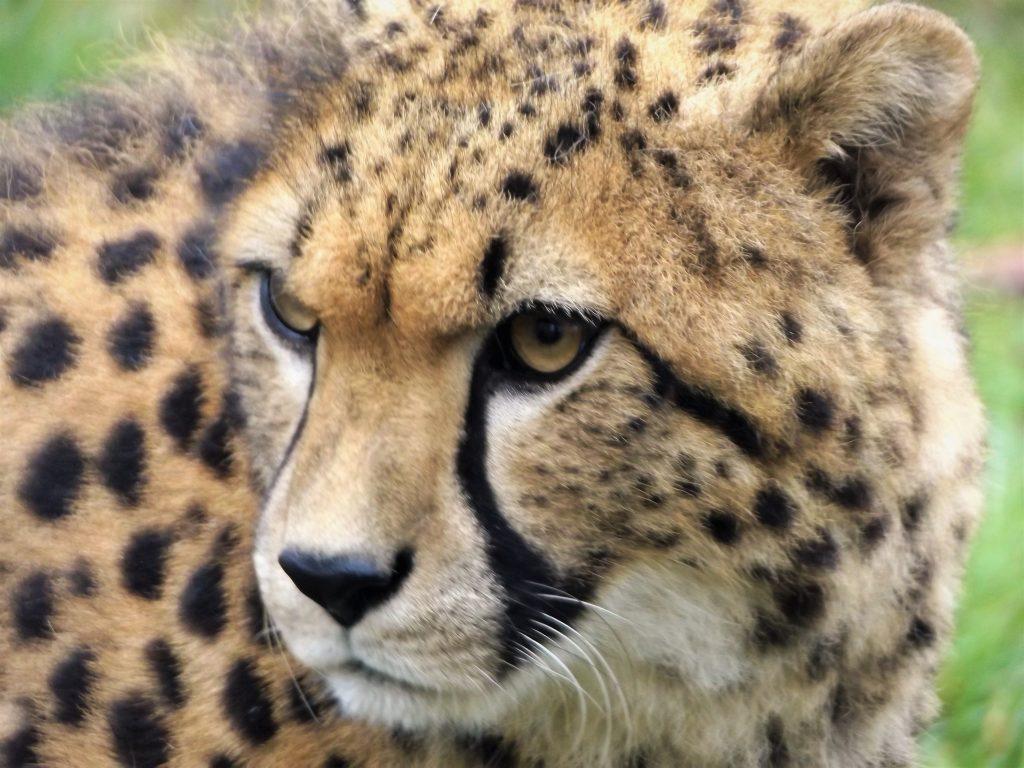 Life for some animals is a race, to stay alive they have to run fastest, they have to keep running for the longest and they must have some extra tricks, they must do it every day and many times a day just to stay alive. The one wins who runs fast like a wind. One gold medal sprinter way ahead of the rest. Every detail of his body is built for speed; it is a talk about the Cheetah. The cheetah is the world’s fastest animal. These world’s fastest animals can outrun all the animals with their slim and light body with long legs built for sprinting. Let’s have a look at some interesting facts about the cheetah. Read about some sea animals.

Cheetahs are less selective in habitat selection than other animals. They inhabit a diverse variety of ecosystems, like the areas having the greater availability of food, vast open areas having good visibility. They prefer those areas in which they have minimum chances of encountering larger predators. Furthermore, They rarely live in tropical forests. It has been reported that cheetahs are even found at elevations of 4,000 meters high. The cheetah needs to stalk and chase his prey from a distance. Initially, cheetahs were likely to be seen across Asian and African continents, but now they are limited up to dry and open grassland of Sub-Saharan areas of Africa. In western and central Africa, cheetahs live in the arid mountain valleys. In the harsh and hot climate of the Sahara, the cheetahs go to the high mountains, with more rainfall probability than the surrounding desert.

There are various sub-species of cheetah which include the following:

These are also known as the East African cheetah and Kenyan cheetah. It is noted that this sub-species of cheetah inhabits the grasslands and savannahs of Uganda, Tanzania, Kenya, and Somalia. According to IUCN red list, this sub-species is listed as vulnerable due to cheetah cub mortality, predation, and habitat loss threatening their survival. The Tanzanian cheetahs have the 2nd largest population of a cheetah after the south African sub-species.

These cheetahs are also called the central African cheetah, Somali cheetah, or northeast African cheetah. They live in the grassland, savannahs, deserts, and arid areas of the northeast and central Africa. The population of Sudan cheetah is found in many parts of their range and they are near to extinct in Sudan. These cheetahs are threatened with smuggling and habitat loss. They are also classified as vulnerable by the IUCN. This Sudan cheetah and the Tanzanian cheetah resemble a lot in appearance.

This cheetah is also known as Namibian cheetah is the most frequent sub-species of the cheetah. These cheetahs can easily be found in the savannahs of the farmlands of Namibia, Okavango Delta, and the arid areas of the Kalahari, and in the grassland of the Transvaal. Despite their highest population than other sub-species, they also face a great threat from human activities.

They are native and indigenous to Northwest Africa. The IUCN declares the Northwest Africa cheetah as one of the most threatened subspecies of the cheetah and enlisted them under the critically endangered species. Their survival ratio is also very low as just 250 mature individuals are left.

The cheetah is the fastest land animal. It has a recorded speed of between 109.4 km/hour to 120.7 km/hour. This speed is faster than the sports car. Cheetah’s body is made for high sprints, his extended spine, with long legs, specially designed claws for the grip on the ground, and its long tail which assists him for balance. Such mega high-speed sprinting consumes a lot of energy, so cheetah sprinting chase is limited to 200m to 300m, and he sprints for less than one minute. When the cheetah is at its full speed during the chase, it covers almost 6.4 meters with each stride. Their feet touch the ground only just two times in each stride.

Cheetah after the chase

Cheetahs are extremely fast animals, but they get tired very quickly. They can only keep their top speed for just one or two minutes. After that, they get too tired to continue. After chasing its prey, the cheetah needs almost 30 minutes to recover its breath before starting eating. During the chase, the cheetah takes nearly 150 breaths in one minute and that’s why his body temperature reaches 40 degrees.

Their eyes help them hunt

Cheetahs hunt by sight, their eyes provide them a long and wide-angle view in the field and they have very sharp vision. They have natural beautiful eyeliner that has a great purpose. These black tear marks avert the reflected sunlight from entering his eyes. Their amazing eyesight works more effectively during the daytime. Cheetah can spot its prey from 5 km away in the daytime. But without the sun’s glare, cheetahs are unable to target their prey.

Height and weight of cheetah

Cheetah’s body grows between 0.9 to 1.49 meters in length. Their tail adds up to 0.6 meters to their length. Their average weight lies between 21kg to 72kg, males being slightly heavier.

Cheetahs have oversized hearts and lungs so they can effectively get oxygen into their high-power muscles. Even their nostrils are bigger so they can suck in more air.

The elongated tail of a cheetah

They have a long muscular tail, in a flat shape that aids them in balancing and steering. This long tail is like a rudder, so they can make sharp turns in the chase. Cheetah uses his tail to steer himself while chasing his prey. At the top of an athletic table, these speedsters are truly breath-taking animals, faster than cars, and are more maneuverable than a gymnast and with more clever moves than a dancer.

Cheetahs have a life span of 7 to 10 years in the wild but 16 years in captivity. But the average lifespan of the adult male cheetahs in the wild is lower and is almost 8 years due to the territorial conflicts with the other males. Adult mortality is the biggest limiting factor for growth and survival in the wild.

Astonishingly, these wild cats do not roar like Lions, Leopards, tigers, and Jaguars. There is nothing terrible and scary about the noises they make. When they feel threatened and helpless, they make a chirping noise and they use to purr when they feel happy.

The 7 Most Worrying Things About Happiness
Instagram captures and connects us to the World! Here’s why this is a good thing for us.
To Top