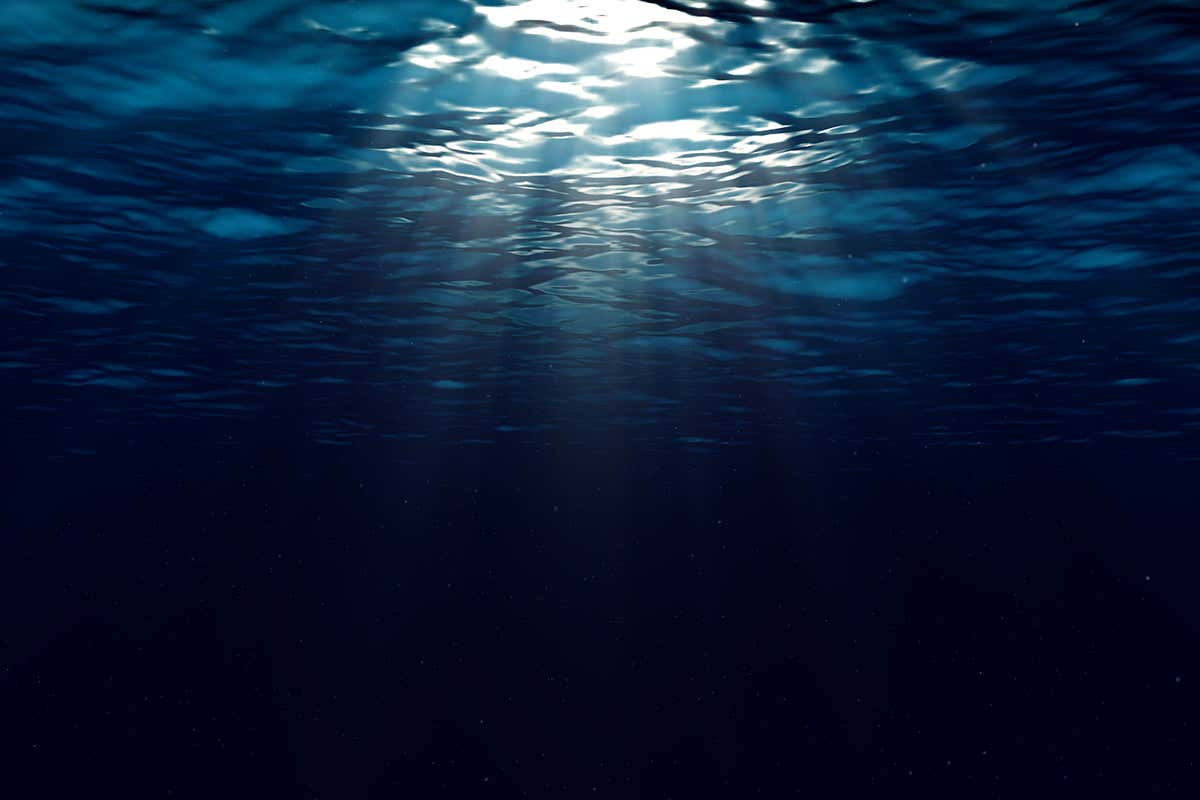 Mariana trench is located in the western Pacific ocean. The deepest part of the ocean called the challenger deep is located in Mariana Trench hence we can say that the Mariana Trench is the deepest part of the ocean. The challenger deep is approximately 36,200 feet deep. Mariana’s trench measures about 2,500 km in length and 69 km in width. It is so deep that your bones would literally dissolve due to high pressure.

How deep is The Mariana Trench?

It is about 11,035 meters deep. If you placed mount Everest at the bottom of Mariana Trench, the peak would still be below sea level. At the depth, the weight of water above makes the pressure in Mariana Trench approximately 1000 times higher. Sunlight is unable to reach the level of Mariana Trench so everything is drowning in the darkness. Temperature is also very low at this point.

Scientific research has recently discovered extremely diverse life in such harsh conditions of temperature and pressure. Animals at this depth live in complete darkness and food is extremely limited. Some microbes rely on chemicals such as sulfur. The most common organisms found at the Mariana trench are as follows:

It is an apex predator in this part of the ocean, feeding on the smaller fishes. Deep-sea dragon fish is about 15 centimeters in length. It uses its fang-like teeth to grab its prey. Its teeth protrude out of the mouth. Vision is also very sharp and can see the light at the red end of the spectrum. Deep-sea dragon fish makes its own red light. It eats insects, small invertebrates, and some algae. These fishes use their own red light to illuminate the prey just before the attack.

This adorable animal has beautiful wiggly eyes and a puckered mouth due to which it has a cartoonish look. It has elephant-like ears. The name “Dumbo” is due to its resemblance to the character of Disney’s film Dumbo. There are approximately more than 15 species of this animal. This animal does not grind or chew its food. Instead, it simply swallows its prey whole.

The Goblin shark is the only extant representative of the family Mitsukurinidae. This animal has a protruding snout that looks like a sword. Bellow the snout is a set of protruding jaws. The Size of the Goblin shark is about 18 feet in length. Luckily, you are unlikely to encounter this beast because this shark cruises way down to 3,000 feet. Goblin shark is known as a poor swimmer as it moves slowly with bad eyesight. This predator was first discovered in 1898 in the deep waters of Japan.

They have the rounded body of an eel coupled with a flattened head. This species is approximately 80 million years old. It has six pairs of curved gill slits, with the lower ends of the first pair connected under its throat. The frilled shark is considered a living fossil because of its primitive physical traits. This shark spends almost its entire life at Ocean’s bottom at about 4,000 meters depth.

This Octopus is found in tropical and subtropical regions of the Indian and Pacific oceans. It is transparent, colorless, and has 8 arms. It is commonly referred to as telescope octopus because of its tubular eyes. It lives at the depth of 6,500 feet and is about 8 inches long. It was discovered by British zoologist Dr.Williams Evans Hoyle in 1885.

There are approximately 40 species of this fish. All have skinny bodies and scales, which gives them a metallic appearance. They are about 6 inches long and are found nearly 5,000 feet deep. They are found in tropical, subtropical, and temperature waters of the Atlantic, Pacific, and Indian oceans. One of the interesting facts about Hatchetfish is that they can glow in the dark. It glows with the help of bioluminescent light organs that can help them find the prey. They also use mirror-like scales to deflect and diffuse light to make themselves invisible to predators.

Barreleye fish is a spooked fish that is named so because it contains barrel-shaped eyes capped with lenses that are green. They have a transparent head filled with fluid. They have transparent heads to better serve their vision. It usually feeds on jellies and small drifting animals. It was discovered in 1939 by U.S. marine biologist Wilbert Mcleod Chapman. It is less than 10cm in length and brown in color.

Osedax also known as the zombie worm, lives at the bones of dead sea animals. These worms live at the depth of 13,000 feet in the ocean.