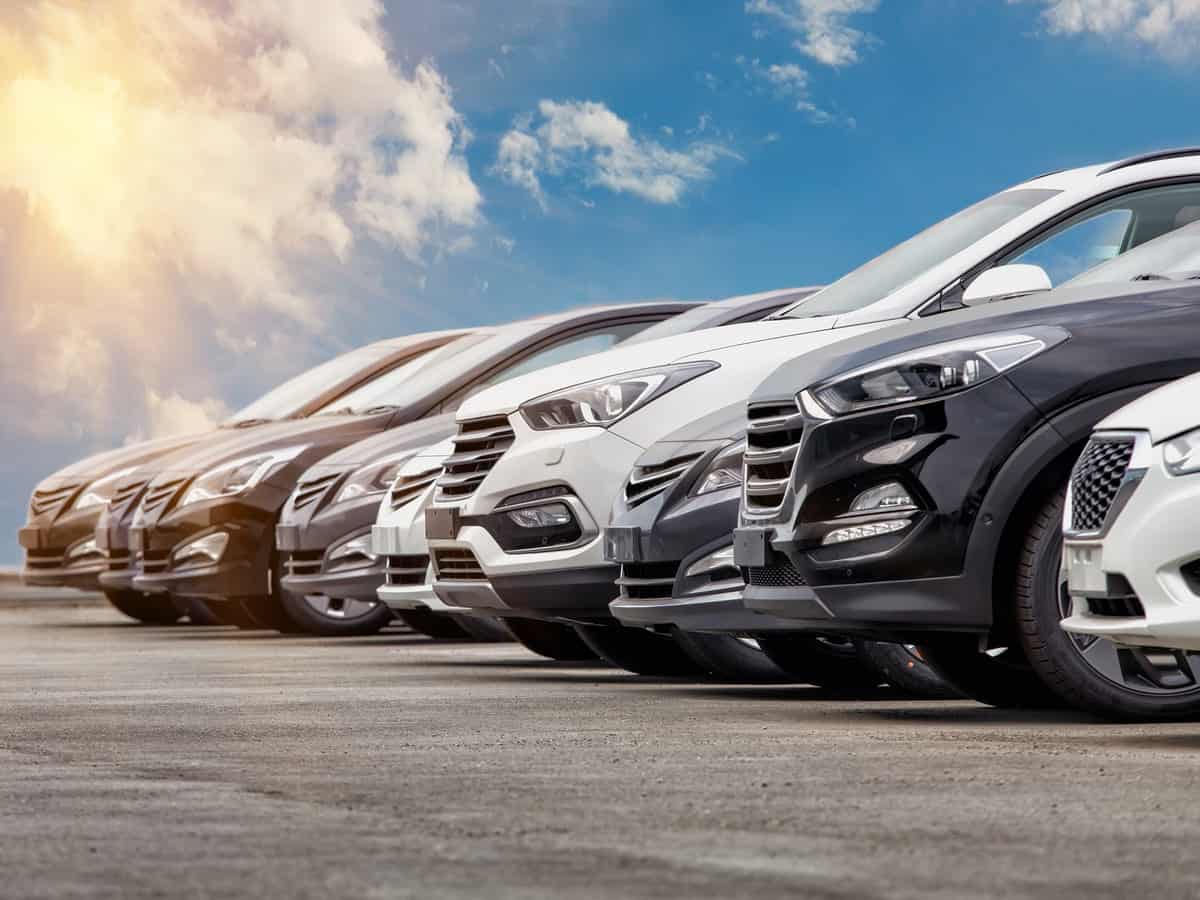 An automobile (or car) is a land vehicle that transports passengers. Automobiles typically have four wheels and are propelled by an engine or motor. An automobile, also known as a motorcar or a car, is a typically four-wheeled vehicle designed primarily for passenger transportation and typically propelled by an internal-combustion engine powered by a volatile fuel. This article gives us the list of top 10 car companies in the world.

What is an automobile, and what are its applications?

The automobile serves as a lifeline for humans because it is used for passenger and cargo transportation. An automobile is a vehicle that is not driven by humans but is driven by them. Automobiles include a wide range of vehicles such as cars, buses, trucks, bikes, etc.

Moreover, vehicles are used for commuting purposes. You and everyone else use cars to get to work, visit another state, go on vacation, and run daily errands. This has come to characterize the use of vehicles. In fact, for many people, this is the only way to use a car. However there are some issues that we face while having our car but monthly maintenance is important to keep car going.

Top 10 Automobile Companies in the world

It is one of the world’s largest automotive manufacturers and one of the most well-known corporations. Sakichi Toyoda invented Japan’s first power loom near the end of the nineteenth century, revolutionizing the country’s textile industry. The company is the largest on the world’s top car brands list.

In 1926, Toyoda Automatic Loom Works was established. Kiichiro was also an innovator, and his trips to Europe and the United States in the 1920s exposed him to the automotive sector. As a result, Toyota is one of the world’s leading automobile manufacturers.

Moreover, Kiichiro Toyoda founded Toyota Motor Corporation in 1937 with the £100,000 he received from Sakichi Toyoda for selling the patent rights to his automatic loom. As a result, Toyota is the largest of the top ten automobile manufacturers globally.

Volkswagen is one of the world’s most successful volume car manufacturers. The Group’s core brand operates 14 factories in 14 countries, producing vehicles for customers in over 150 countries. In 2018, Volkswagen Passenger Cars delivered a record 6.3 million vehicles worldwide.

“Moving people and driving them forward” is the Volkswagen Passenger Cars vision. As a result, the “TRANSFORM 2025+” strategy is centered on a global model initiative in which the brand aims to lead in innovation, technology, and quality in the volume segment. The second-largest automobile company on the list of the top ten.

Moreover, The Volkswagen Passenger Cars brand unveiled its new design at the International Motor Show (IAA) in Frankfurt, creating a unique global brand experience. This article focuses on the new logo, which has a flat two-dimensional design and is reduced to its essential elements for more flexible use in digital applications.

The company is one of the world’s largest manufacturers of commercial vehicles with a global reach and one of the largest producers of premium cars. In addition, the company offers financing, leasing, fleet management, insurance, and innovative mobility services. The third most extensive in the world’s list of top automotive companies.

However, Daimler Mobility is in charge of mobility services in addition to its long-standing business with vehicle financing and fleet management. Gottlieb Daimler and Carl Benz, the company’s founders, made history in 1886 by inventing the automobile.

In Dearborn, Michigan, it is a multinational corporation headquartered. Ford employs approximately 188,000 people around the world. Among the world’s top ten automobile manufacturers, it is ranked 4th.

This Motor Company has been putting the world on wheels since 1903. It has a long history of innovation, from the moving assembly line and the $5 workday to soy foam seats and aluminum truck bodies. Moreover, learn more about the automobiles, innovations, and manufacturing that have made the blue oval famous worldwide.

Honda began operations in the automobile industry in 1963 with the T360 mini-truck and the S500 small sports car models. Moreover, Under the Honda trademark, Most of Honda’s products are distributed in Japan and overseas markets. On the list of the world’s top automotive companies, this brand is ranked 5th.

Honda manufactures most of the major parts and components found in its products, such as engines, frames, and transmitters. For Example, Shock absorbers, electrical equipment, and tires are purchased from various suppliers.

For over a century, General Motors has been pushing the boundaries of transportation and technology. GM is one of the world’s leading automakers. The company is headquartered in Detroit, Michigan, and its full name is General Motors.

Moreover, It has always pushed the boundaries of engineering, being the first to mass-produce an affordable electric car and develop an electric starter and airbags. As a result, GM is ranked sixth among the world’s top ten automakers.

It is the only company with a fully integrated solution for mass-producing self-driving cars. The company is committed to a future powered entirely by electricity. Drivers of five GM electrified models, including the Chevrolet Bolt EV, have logged 2.6 billion EV miles. The company trimmed an average of 357 pounds per vehicle across 14 recent new-vehicle launches, saving 35 million gallons of gasoline and avoiding 312,000 metric tons of CO2 emissions per year.

Furthermore, SAIC Motor sold 6.238 million vehicles in 2019, accounting for 22.7 percent of the Chinese market, maintaining its position as the market leader in China. It sold 185,000 new energy vehicles, a 30.4 percent increase year on year, and kept relatively rapid growth. 7th most prominent in the top 10 list.

Fiat Chrysler Automobiles (FCA) is a multinational corporation that designs, engineers, manufactures, and sells automobiles and related parts, services, and production systems all over the world. Among the world’s top automobile manufacturers.

The Group has over 100 manufacturing facilities and 40 research and development centers, and it sells through dealers and distributors in over 130 countries. The company is one of the top ten automobile manufacturers in the world.

Furthermore, the Group’s car business is supported by retail and dealer financing, leasing, and rental services provided through subsidiaries, joint ventures, and commercial arrangements with third-party financial institutions. However, FCA is traded under the symbol “FCAU” on the New York Stock Exchange and “FCA” on the Mercato Telematico Azionario.

Today, the BMW Group is the world’s leading manufacturer of premium automobiles and motorcycles and a provider of luxury financial and mobility services, with 31 production and assembly facilities in 15 countries and a global sales network. However, the company is one of the world’s top automakers.

The BMW Group is the world’s leading top-quality manufacturer of automobiles and motorbikes and a provider of premium financial services and innovative mobility services through its brands BMW, MINI, and Rolls-Royce. BMW is ranked ninth among the world’s top ten automobile manufacturers.

The Group has 31 manufacturing and assembly plants in 14 countries and a worldwide sales network with representation in over 140 countries. In December 2016, the company employed a total of 124,729 people.

Nissan has been a member of the Renault–Nissan–Mitsubishi Alliance since 1999 (Mitsubishi joined in 2016). Although, a collaboration between Nissan and Mitsubishi Motors of Japan and Renault of France. Renault owns 43.4 percent of Nissan’s voting stock as of 2013, while Nissan owns 15 percent of Renault’s non-voting stock. It has had a 34% controlling stake in Mitsubishi Motors since October 2016.